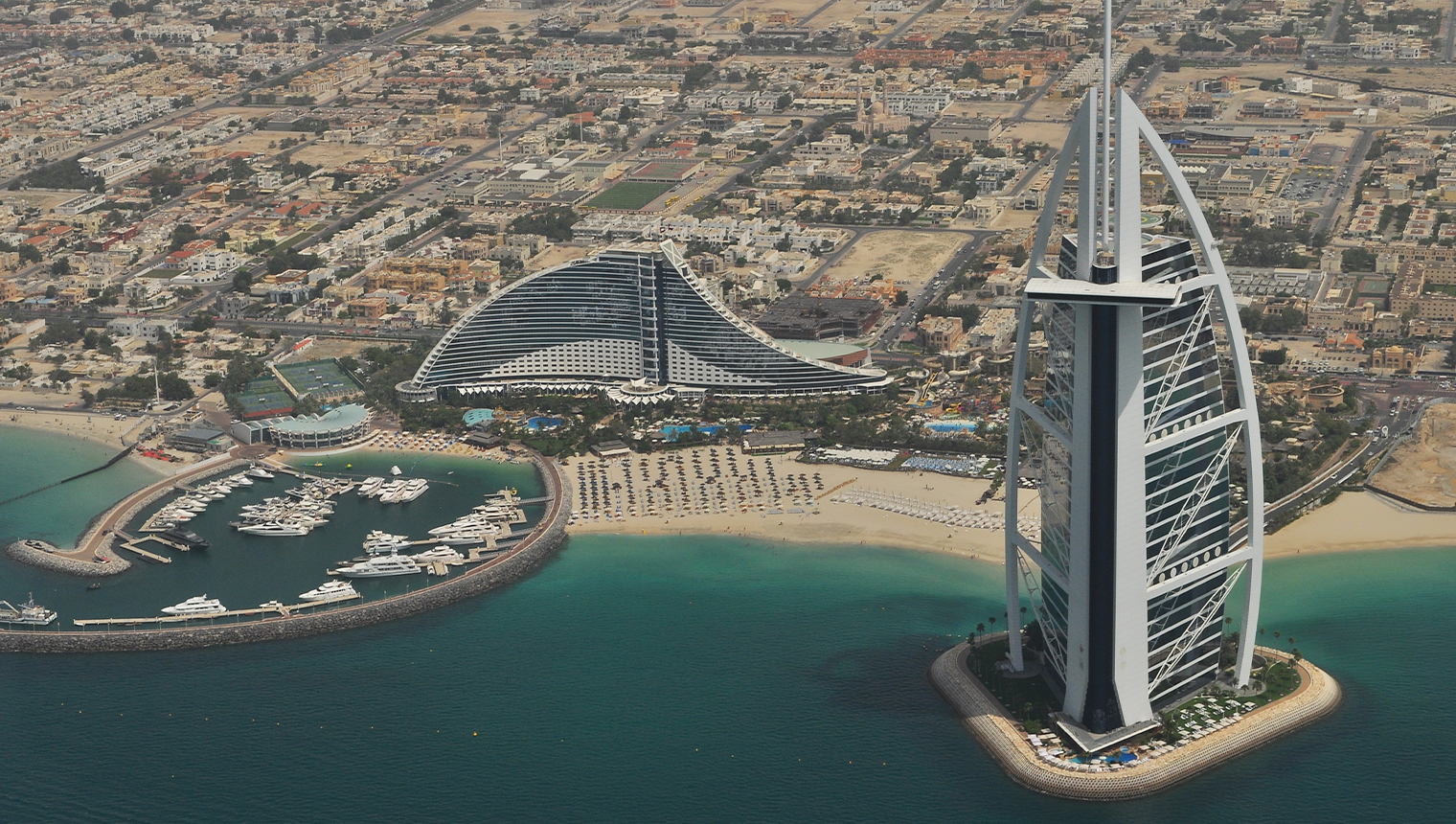 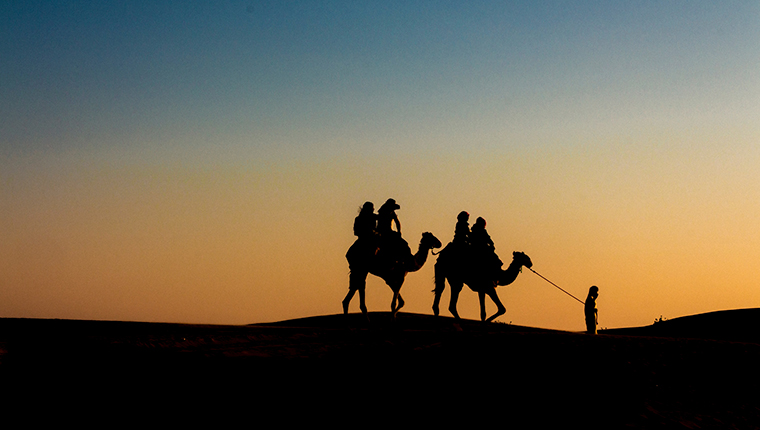 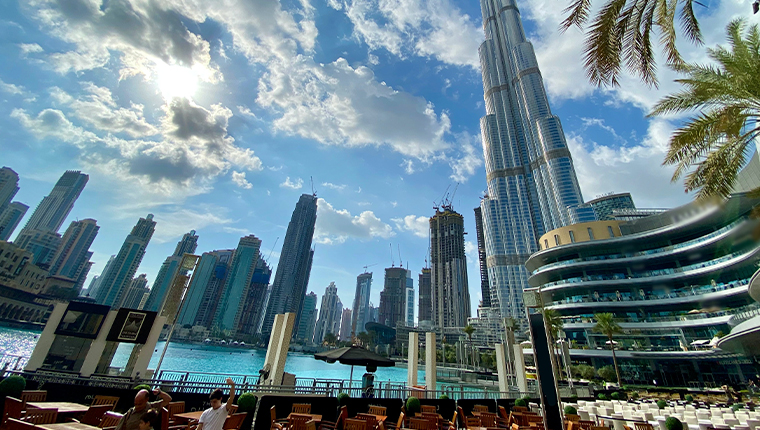 The United Arab Emirates (UAE; Arabic: الإمارات العربية المتحدة‎ al-ʾImārāt al-ʿArabīyyah al-Muttaḥidah), sometimes simply called the Emirates (Arabic: الإمارات‎ al-ʾImārāt), is a country in Western Asia at the northeast end of the Arabian Peninsula on the Arabian Gulf, bordering Oman to the east and Saudi Arabia to the south and west, as well as sharing maritime borders with Qatar to the west and Iran to the north. The sovereignconstitutional monarchy is a federation of seven emirates consisting of Abu Dhabi (which serves as the capital), Ajman, Dubai, Fujairah, Ras Al Khaimah, Sharjah and Umm Al Quwain. Their boundaries are complex, with numerous enclaves within the various emirates.[9] Each emirate is governed by a ruler; together, they jointly form the Federal Supreme Council. One of the rulers serves as the President of the United Arab Emirates.[10] In 2013, the UAE’s population was 9.2 million, of which 1.4 million are Emirati citizens and 7.8 million are expatriates.[11][12][13]

Human occupation of the present UAE has been traced back to the emergence of anatomically modern humans from Africa some 125,000 BCE through finds at the Faya-1 site in Mleiha, Sharjah. Burial sites dating back to the Neolithic Age and the Bronze Ageinclude the oldest known such inland site at Jebel Buhais. Known as Magan to the Sumerians, the area was home to a prosperous Bronze Age trading culture during the Umm Al Nar period, which traded between the Indus Valley, Bahrain and Mesopotamia as well as Iran, Bactria and the Levant. The ensuing Wadi Suq period and three Iron Ages saw the emergence of nomadism as well as the development of water management and irrigation systems supporting human settlement in both the coast and interior. The Islamic age of the UAE dates back to the expulsion of the Sasanians and the subsequent Battle of Dibba. The UAE’s long history of trade led to the emergence of Julfar, in the present-day emirate of Ras Al Khaimah, as a major regional trading and maritime hub in the area. The maritime dominance of the Persian Gulf by Emirati traders led to conflicts with European powers, including the Portuguese Empire and the British Empire.

Following decades of maritime conflict, the coastal emirates became known as the Trucial States with the signing of a Perpetual Treaty of Maritime Peace with the British in 1819 (ratified in 1853 and again in 1892), which established the Trucial States as a British Protectorate. This arrangement ended with independence and the establishment of the United Arab Emirates on 2 December 1971, immediately following the British withdrawal from its treaty obligations. Six emirates joined the UAE in 1971, the seventh, Ras Al Khaimah, joined the federation on 10 February 1972.[14]

Islam is the official religion and Arabic is the official language of the UAE. The UAE’s oil reserves are the sixth-largest in the world while its natural gas reserves are the world’s seventh-largest.[15][16] Sheikh Zayed, ruler of Abu Dhabi and the first President of the UAE, oversaw the development of the Emirates and steered oil revenues into healthcare, education and infrastructure.[17] The UAE’s economy is the most diversified in the Gulf Cooperation Council, while its most populous city of Dubai is an important global city and international aviation and maritime trade hub.[18][19] Consequently, the country is much less reliant on oil and gas than in previous years and is economically focusing on tourism and business. The UAE government does not levy income tax although there is a system of corporate tax in place and value added tax was established in 2018 at 5%.[20]

The UAE’s rising international profile has led to it being recognised as a regional and a middle power.[21][22] It is a member of the United Nations, the Arab League, the Organisation of Islamic Cooperation, OPEC, the Non-Aligned Movement and the Gulf Cooperation Council. 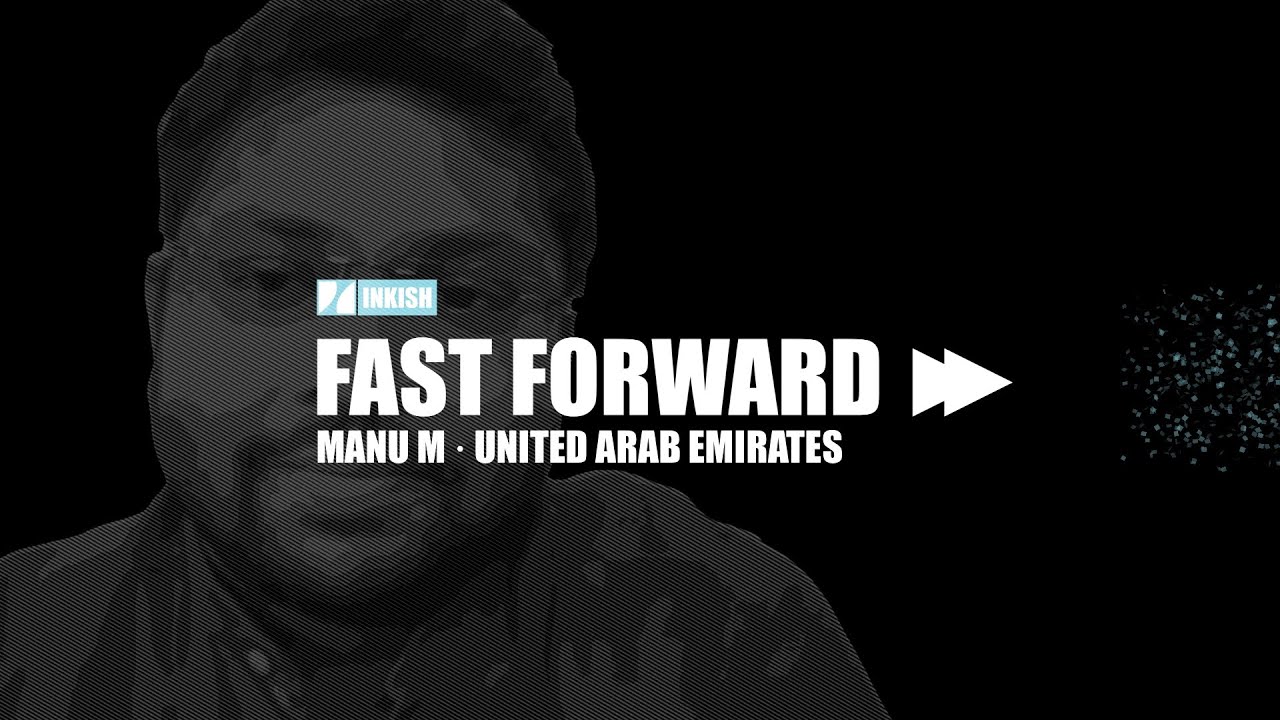 That's where it all gets started in 2012, 23 December, 9 a.m. in the morning. Now, it's been almost nine years with Nilpeter Dubai looking after the entire Middle East operations. I like to keep things a bit tidy and clean. Otherwise, I feel a bit uncomfortable. Last year was a special year for Nilpeter. Because that's when we celebrated our 100 years. Being a part of Nilpeter I always consider us as a very fortunate thing which happened to my life. Because that company - it's a marvelous, super cool company. So Nilpeter has a unique goal to do business with people who believe what we believe. He is my director, Mr. Shyam. So, he was the one who hired me in 2012. The relationship is very special, I would say. When you put your ultimate trust in someone else. And that generates a great bond, which is, you know, indescribable. So, he's basically a super cool chap. He's a good reader. A philosopher sometimes. And a very honest and smart businessman. So, I always take tips and suggestions from him. And the best and the funny part is - it works. This is from Georgia basically. So, I had a chance to visit that place. And that's where I took that picture. The nature plays a key role, I think, in everybody's life. Overwhelmed with the pandemic situation. So, I think the best thing to do is whenever we feel depressed or anxious or confused to spend some time with the family or friends. Or maybe just alone. And many companies whom I know personally had a great 20/20 business year compared to previous years. So, we must adapt to come over this particular stage as well. You know, let's not lose the hope. Hope - It's a good thing. Maybe the best of things. And no good thing ever dies. LinkedIn Profile: https://www.linkedin.com/in/manum003/ 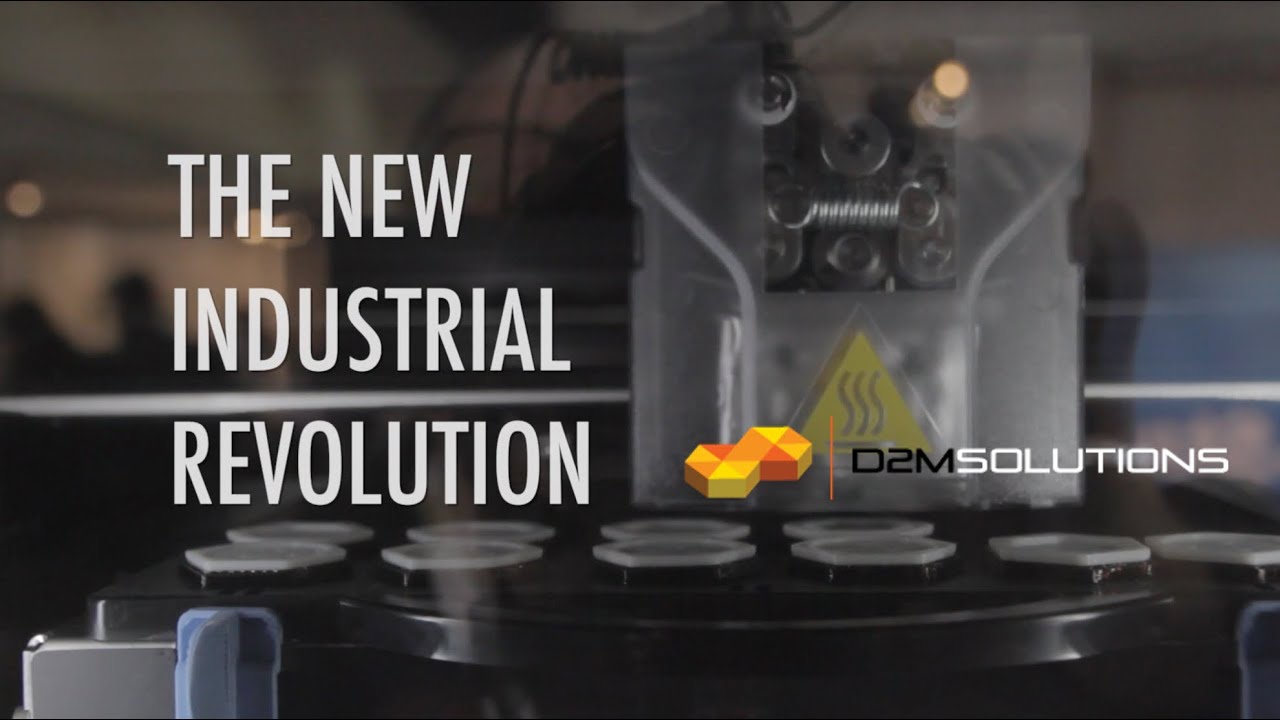 D2M Solutions is a Dubai based company, that focuses on 3D technologies. Not only as a hardware and software supplier, but also offering the services around 3D and maybe what trigged INKISH.TV the most - a 3D printing facility in industrial scale. Take a step into this amazing world and we are certain that you can't be anything but inspired. 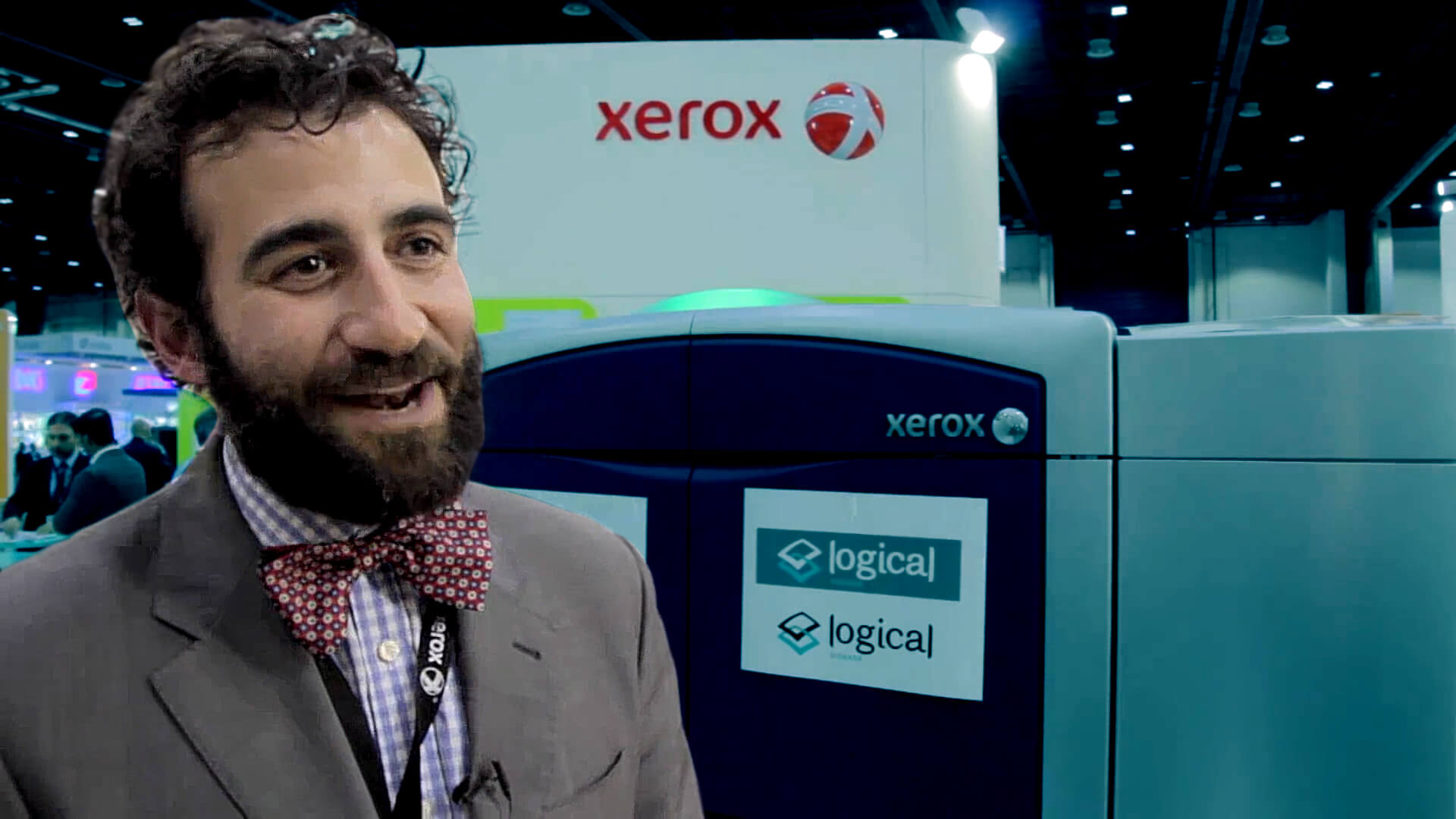 At the recent Gulf Print & Pack 2015 Xerox presented the CP1000. Or to be more precise re-launched the CP1000 with the option to use Gold or Silver toner. For Xerox the metallic toner is a first and as you can see from the samples, the gold and silver really adds a nice touch to the print.