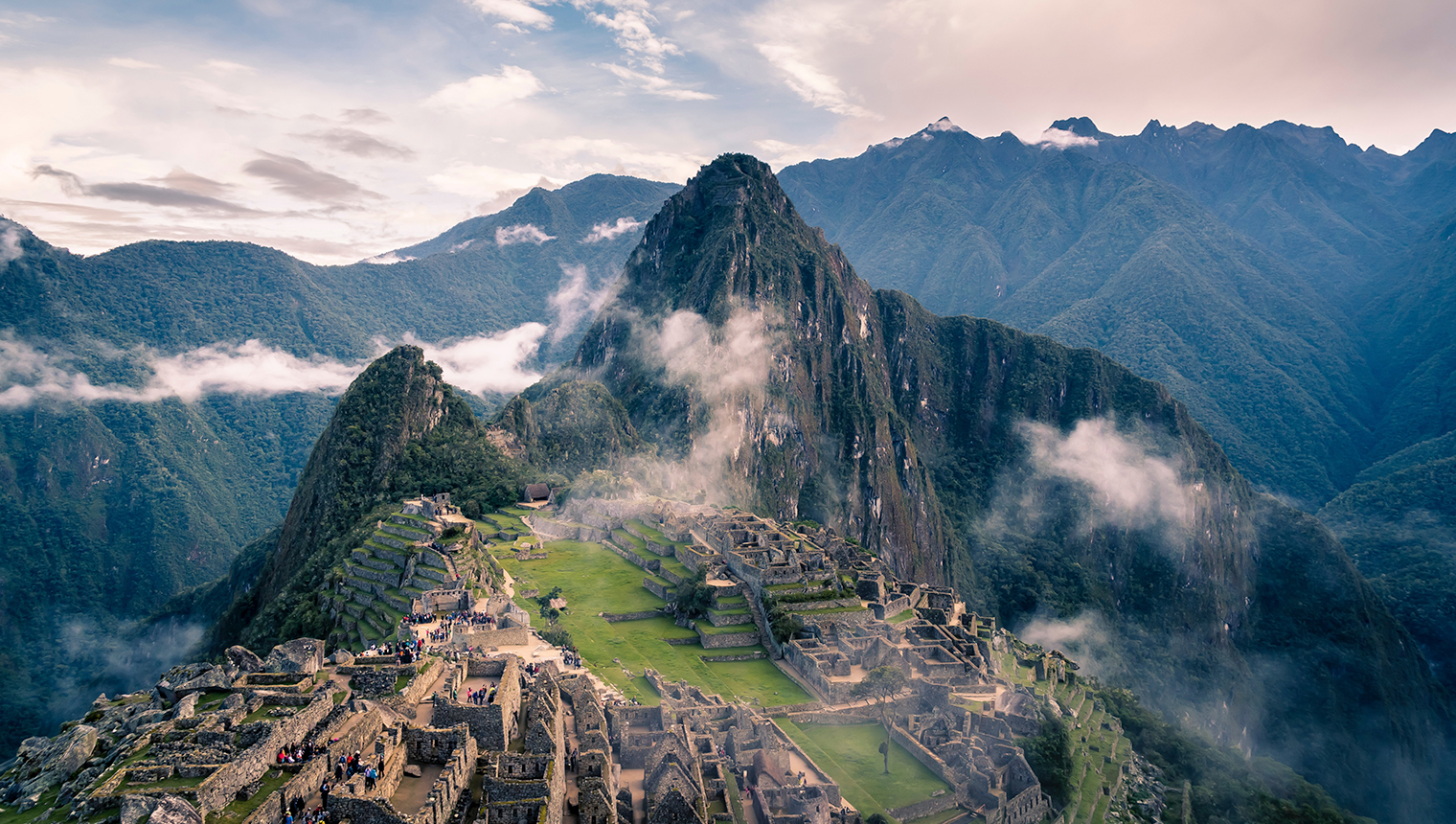 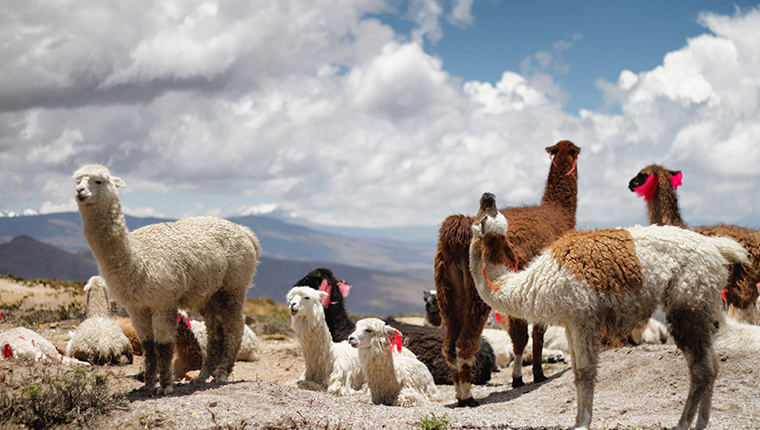 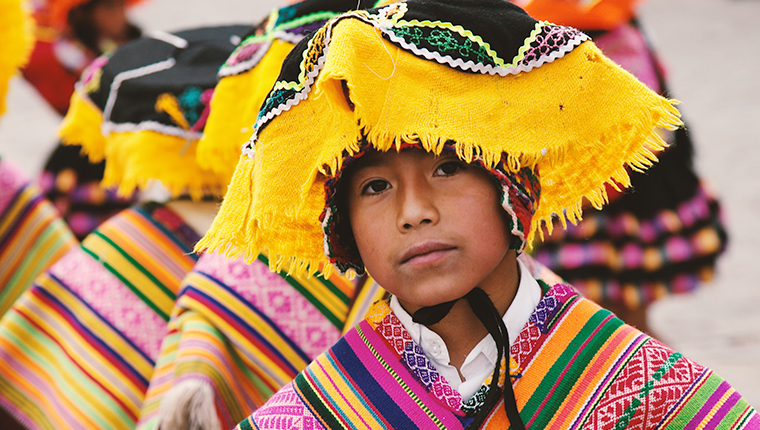 República del Perú (help·info)), is a country in western South America. It is bordered in the north by Ecuador and Colombia, in the east by Brazil, in the southeast by Bolivia, in the south by Chile, and in the west by the Pacific Ocean. Peru is a megadiverse country with habitats ranging from the arid plains of the Pacific coastal region in the west to the peaks of the Andes mountainsvertically extending from the north to the southeast of the country to the tropical Amazon Basin rainforest in the east with the Amazon river.[11] At 1.28 million km2 (0.5 million mi2), Peru is the 19th largest country in the world, and the third largest in South America.

Peruvian territory was home to several ancient cultures. Ranging from the Norte Chico civilization starting in 3500 BC, the oldest civilization in the Americas and one of the five cradles of civilization, to the Inca Empire, the largest state in pre-Columbian America, the territory now including Peru has one of the longest histories of civilization of any country, tracing its heritage back to the 4th millennia BCE.

The Spanish Empire conquered the region in the 16th century and established a viceroyalty that encompassed most of its South American territories, with its capital in Lima. Peru formally proclaimed independence in 1821, and following the foreign military campaigns of José de San Martín and Simón Bolívar, and the decisive battle of Ayacucho, Peru completed its independence in 1824. In the ensuing years, the country enjoyed relative economic and political stability, which ended shortly before the War of the Pacific with Chile. Throughout the 20th century, Peru endured armed territorial disputes, coups, social unrest, and internal conflicts, as well as periods of stability and economic upswing. Alberto Fujimori was elected to the presidency in 1990; his government was credited with economically stabilizing Peru and successfully ending the Shining Path insurgency, though he was widely accused of human rights violations and suppression of political dissent. Fujimori left the presidency in 2000 and was charged with human rights violations and imprisoned until his pardon by President Pedro Pablo Kuczynski in 2017. Even after the president’s regime, Fujimori’s followers, called Fujimoristas, have caused political turmoil for any opposing faction in power, even causing Pedro Pablo Kuczynski to resign in March 2018.

The sovereign state of Peru is a representative democratic republic divided into 25 regions. It is classified as an emerging market[12] with a high level of human development[13] and an upper middle income level[14] with a poverty rate around 19 percent.[15] It is one of the region’s most prosperous economies with an average growth rate of 5.9%[15] and it has one of the world’s fastest industrial growth rates at an average of 9.6%.[16] Its main economic activities include mining, manufacturing, agriculture and fishing; along with other growing sectors such as telecommunications and biotechnology.[17] The country forms part of The Pacific Pumas, a political and economic grouping of countries along Latin America’s Pacific coast that share common trends of positive growth, stable macroeconomic foundations, improved governance and an openness to global integration. Peru ranks high in social freedom;[18] it is an active member of the Asia-Pacific Economic Cooperation, the Pacific Alliance, the Trans-Pacific Partnership and the World Trade Organization; and is considered as a middle power.[19]

Peru has a population of 32 million,[20] which includes Amerindians, Europeans, Africans and Asians. The main spoken language is Spanish, although a significant number of Peruvians speak Quechua or other indigenous languages. This mixture of cultural traditions has resulted in a wide diversity of expressions in fields such as art, cuisine, literature, and music.