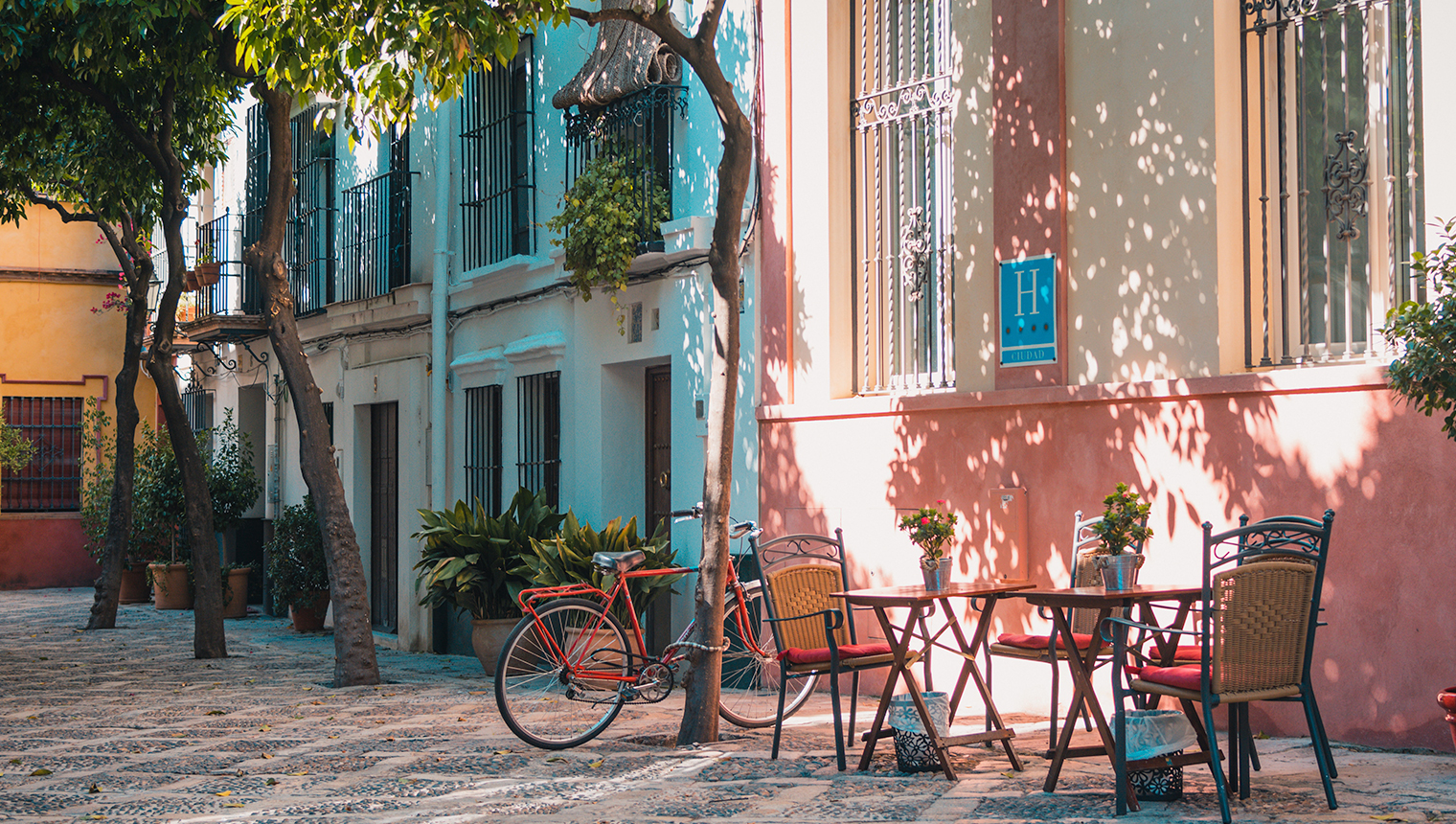 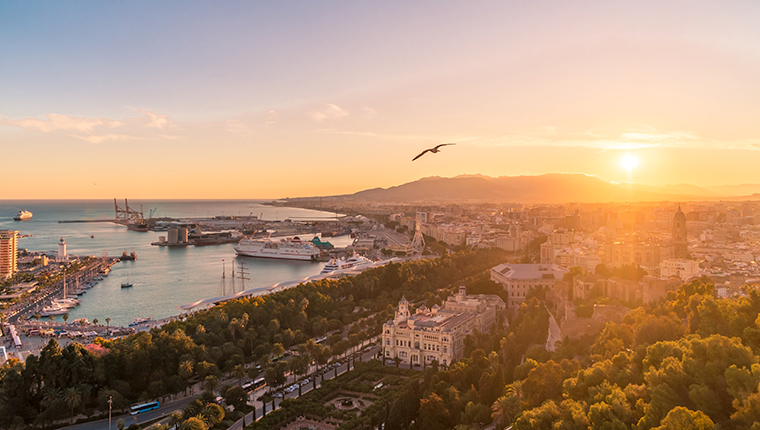 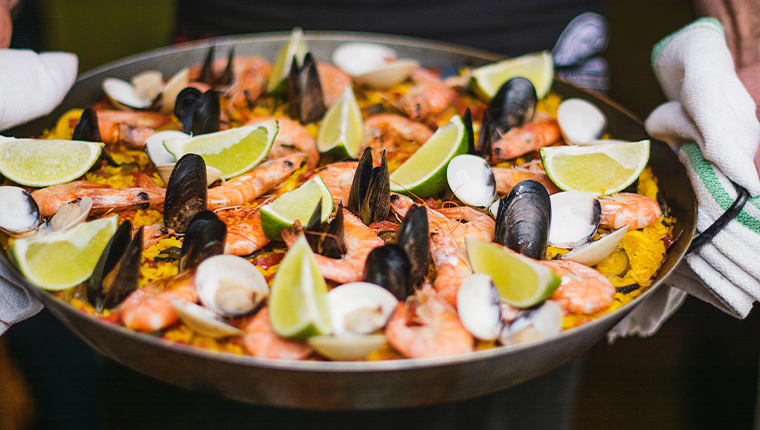 listen)), officially the Kingdom of Spain[12] (Spanish: Reino de España),[a][b] is a country in Southwestern Europe with some pockets of Spanish territory across the Strait of Gibraltar and the Atlantic Ocean.[12] Its continental European territory is situated on the Iberian Peninsula. Its territory also includes two archipelagoes: the Canary Islands off the coast of Africa, and the Balearic Islands in the Mediterranean Sea. The African enclaves of Ceuta, Melilla, and Peñón de Vélez de la Gomera,[13] make Spain the only European country to have a physical border with an African country (Morocco).[i] Several small islands in the Alboran Sea are also part of Spanish territory. The country’s mainland is bordered to the south and east by the Mediterranean Sea except for a small land boundary with Gibraltar; to the north and northeast by France, Andorra, and the Bay of Biscay; and to the west and northwest by Portugal and the Atlantic Ocean.

Modern humans first arrived in the Iberian Peninsula around 35,000 years ago. Iberian cultures along with ancient Phoenician, Greek, Celtic and Carthaginian settlements developed on the peninsula until it came under Roman rule around 200 BCE, after which the region was named Hispania, based on the earlier Phoenician name Sp(a)n or Spania.[14] At the end of the Western Roman Empire the Germanic tribal confederations migrated from Central Europe, invaded the Iberian peninsula and established relatively independent realms in its western provinces, including the Suebi, Alans and Vandals. Eventually, the Visigoths would forcibly integrate all remaining independent territories in the peninsula, including the Byzantine province of Spania, into the Visigothic Kingdom, which more or less unified politically, ecclesiastically and legally all the former Roman provinces or successor kingdoms of what was then documented as Hispania.

In the early eighth century the Visigothic Kingdom was conquered by the Umayyad Islamic Caliphate, that arrived to the peninsula in the year 711. The Muslim rule in the Iberian Peninsula (al-Andalus) soon became autonomous from Baghdad. The handful of small Christian pockets in the north left out of Muslim rule, along the presence of the Carolingian Empire near the Pyreneean range, would eventually led to the emergence of the Christian kingdoms of León, Castile, Aragon, Portugal and Navarre. Along seven centuries, an intermittent southwards expansion of the latter kingdoms (metahistorically dubbed as a reconquest: the Reconquista) took place, culminating with the Christian seizure of the last Muslim polity (the Nasrid Kingdom of Granada) in 1492, the same year Christopher Columbus arrived in the New World. A process of political conglomeration among the Christian kingdoms also ensued, and the late 15th-century saw the dynastic union of Castile and Aragon under the Catholic Monarchs, sometimes considered as the point of emergence of Spain as unified country. The Conquest of Navarre would take in 1512, while the Kingdom of Portugal was also ruled by the Hapsburg Dynasty between 1580 and 1640.

In the early modern period, Spain ruled one of the largest empires in history which was also one of the first global empires, leaving a large cultural and linguistic legacy that includes over 570 million Hispanophones,[15] making Spanish the world’s second-most spoken native language, after Mandarin Chinese. During the Golden Age there were also many advancements in the arts, with the rise of renowned painters such as Diego Velázquez. The most famous Spanish literary work, Don Quixote, was also published during the Golden Age. Spain hosts the world’s third-largest number of UNESCO World Heritage Sites.

Spain is a secular parliamentary democracy and a parliamentary monarchy,[16] with King Felipe VI as head of state. It is a major developed country[17] and a high income country, with the world’s fourteenth-largest economy by nominal GDP and the sixteenth-largest by PPP. It is a member of the United Nations (UN), the European Union (EU), the Eurozone, the Council of Europe (CoE), the Organization of Ibero-American States (OEI), the Union for the Mediterranean, the North Atlantic Treaty Organization (NATO), the Organisation for Economic Co-operation and Development (OECD), Organization for Security and Co-operation in Europe (OSCE), the Schengen Area, the World Trade Organization (WTO) and many other international organisations. While not an official member, Spain has a “Permanent Invitation” to the G20 summits, participating in every summit, which makes Spain a de facto member of the group.[18] 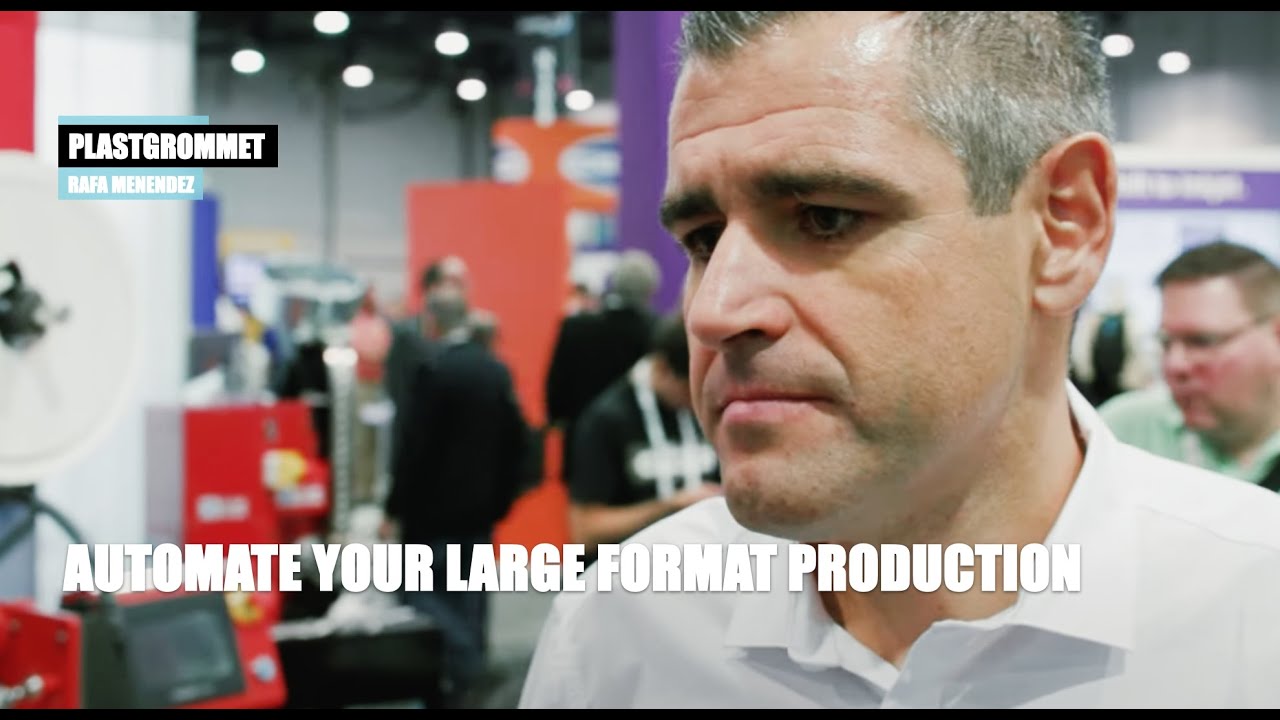 Rafa Menendez, in this film, explains the benefit of PLASTGrommets products. All are targeted in the large format/signage industry. Based out of Spain and with a global reach, PLASTGrommet secures orders on products from material lifts, manual grommet and welding machines, and consumables to automated solutions. Rafa Menendez tells a story about a customer that became so effective with their PLASTGrommet automated solution that the bottleneck went from production to sales. Amazing story, and when you see/hear and understand the PLASTGrommet products, we are confident you will understand why! Enjoy the film.