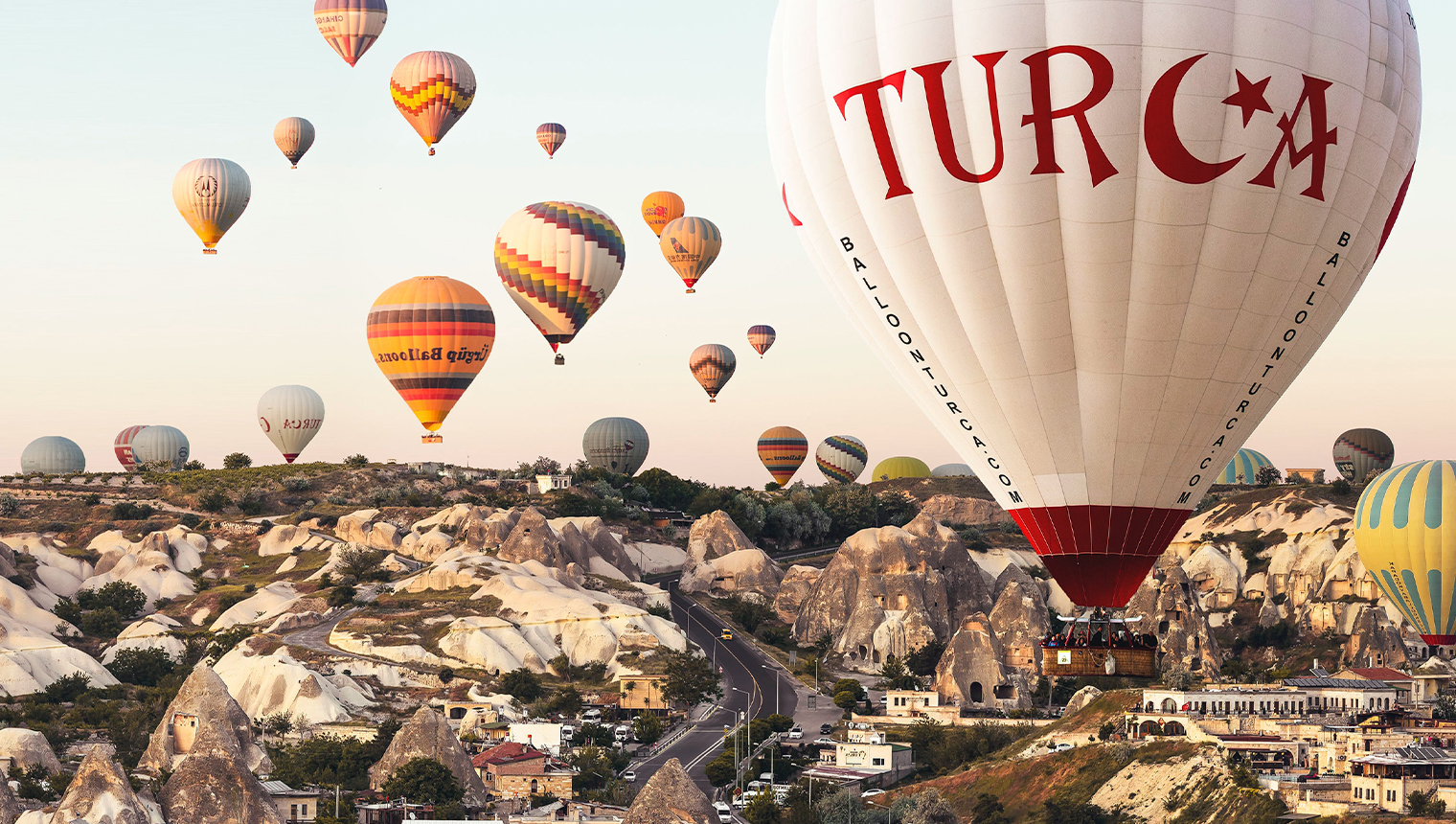 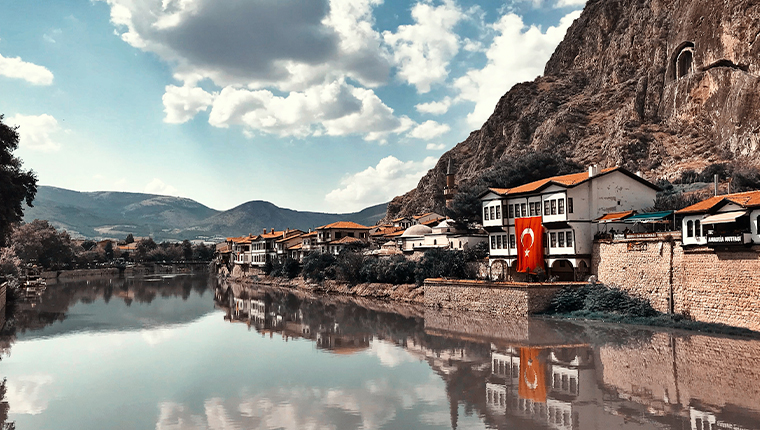 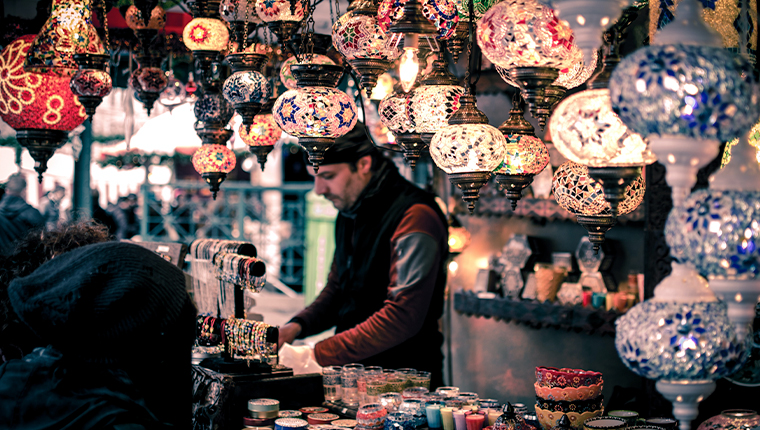 listen)), is a transcontinental country located mainly on the Anatolian peninsula in Western Asia, with a smaller portion on the Balkan peninsula in Southeastern Europe. East Thrace, the part of Turkey in Europe, is separated from Anatolia by the Sea of Marmara, the Bosporus and the Dardanelles (collectively called the Turkish Straits).[8] Istanbul, which straddles Europe and Asia, is the largest city in the country while Ankara is the capital. Turkey is bordered on its northwest by Greece and Bulgaria; north by the Black Sea; northeast by Georgia; east by Armenia, the Azerbaijani exclave of Nakhchivan and Iran; southeast by Iraq and Syria; south by the Mediterranean Sea; and west by the Aegean Sea. Approximately 70 to 80 percent of the country’s citizens identify as Turkish,[9][10] while Kurds are the largest minority at anywhere from 15 to 20 percent of the population.

At various points in its history, the region has been inhabited by diverse civilisations including the Anatolian peoples, Assyrians, Greeks, Thracians, Phrygians, Urartians, and Armenians.[11][12][13] Hellenization started during the era of Alexander the Great and continued into the Byzantine era.[12][14] The Seljuk Turks began migrating into the area in the 11th century, and their victory over the Byzantines at the Battle of Manzikert in 1071 symbolises the foundation of Turkey.[15] The Seljuk Sultanate of Rûm ruled Anatolia until the Mongol invasion in 1243, when it disintegrated into small principalities called beyliks.[16] Beginning in the late 13th century, the Ottomans started uniting beyliks and conquering the Balkans. After Mehmed II conquered Constantinople in 1453, Ottoman expansion continued under Selim I. During the reign of Suleiman the Magnificent the Ottoman Empireencompassed much of Southeast Europe, West Asia and North Africa and became a world power.[11][17][18] From the late 18th century the empire declined with a gradual loss of territories and wars.[19] In an effort to consolidate the weakening social and political foundations of the empire, Mahmut II started a period of modernisation in the early 19th century, bringing reforms in all areas of the state including the military and bureaucracy along with the emancipation of all citizens.[20]

The 1913 coup d’état put the country under the control of the Three Pashas, who were largely responsible for the Empire’s entry into World War I in 1914. During World War I, the Ottoman government committed genocides against its Armenian, Assyrian and Pontic Greek subjects.[I][23] After losing the war, the conglomeration of territories and peoples that had been the Ottoman Empire was partitioned into several new states.[24] The Turkish War of Independence, initiated by Mustafa Kemal Atatürk and his comrades against occupying Allied Powers, resulted in the abolition of the sultanate in 1922 and the establishment of the Republic of Turkey in 1923, with Atatürk as its first president.[25] Atatürk enacted numerous reforms; many of which incorporated various aspects of Western thought, philosophy, and customs into the new form of Turkish government.[26] The conflict between the state and Kurdish insurgents, has been active since 1984 primarily in the southeast of the country. Various Kurdish groups demand separation[citation needed] from Turkey to create an independent Kurdistan or to have autonomy and greater political and cultural rights for Kurds in Turkey.

Turkey is a charter member of the UN, an early member of NATO, the IMF, and the World Bank, and a founding member of the OECD, OSCE, BSEC, OIC, and G-20. After becoming one of the first members of the Council of Europe in 1949, Turkey became an associate member of the EEC in 1963, joined the EU Customs Union in 1995, and started accession negotiations with the European Union in 2005, which were effectively stopped by the EU in 2018.[27][28] Turkey’s economy and diplomatic initiatives led to its recognition as a regional power, while its location has given it geopolitical and strategic importance throughout history.[29][30] Turkey is a secular, unitary, formerly parliamentary republic that adopted a presidential system with a referendum in 2017; the new system came into effect with the presidential election in 2018. Turkey’s current administration, headed by President Recep Tayyip Erdoğan of the AKP, has enacted measures to increase the influence of Islam and undermine Kemalist policies and freedom of the press.[31][32] 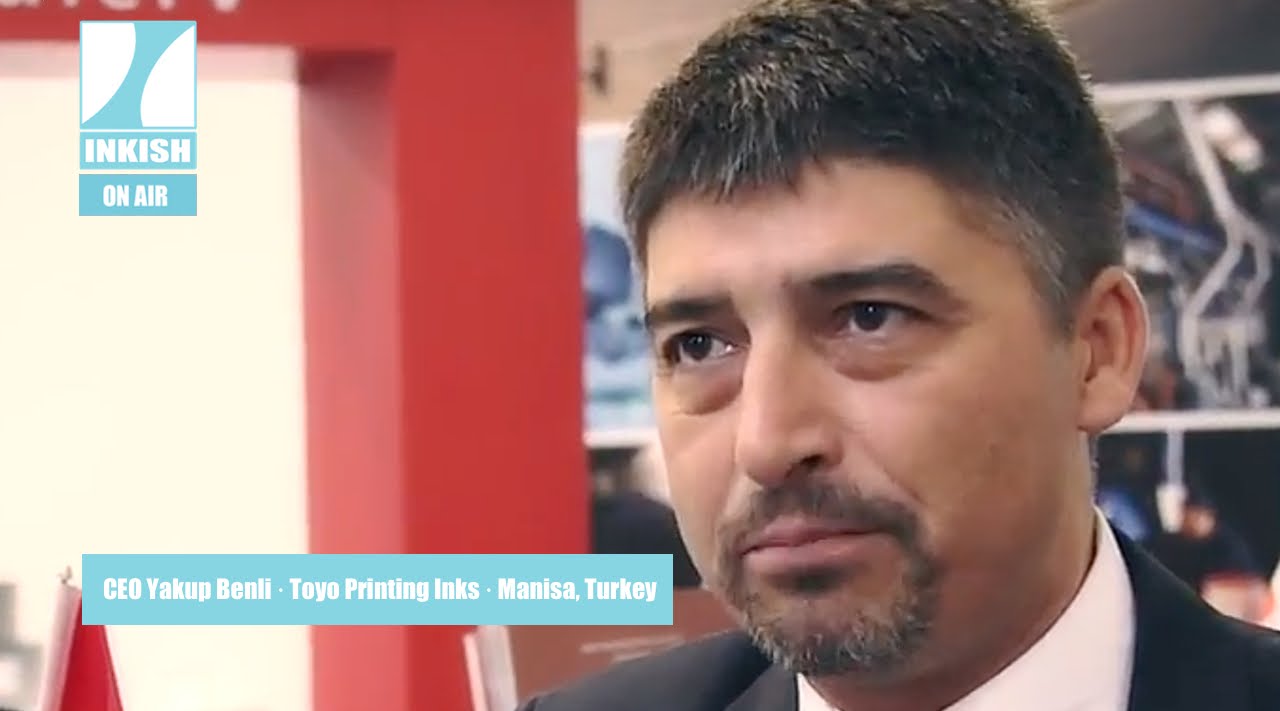 INK and paper is some of the most important ingredients for making a good printed product. At DRUPA 2016 we had a great opportunity talking to CEO Yakup Benli from Toyo Printing Inks - talking with him about ink and of course also how he see the future with a lot of proprietary inks.