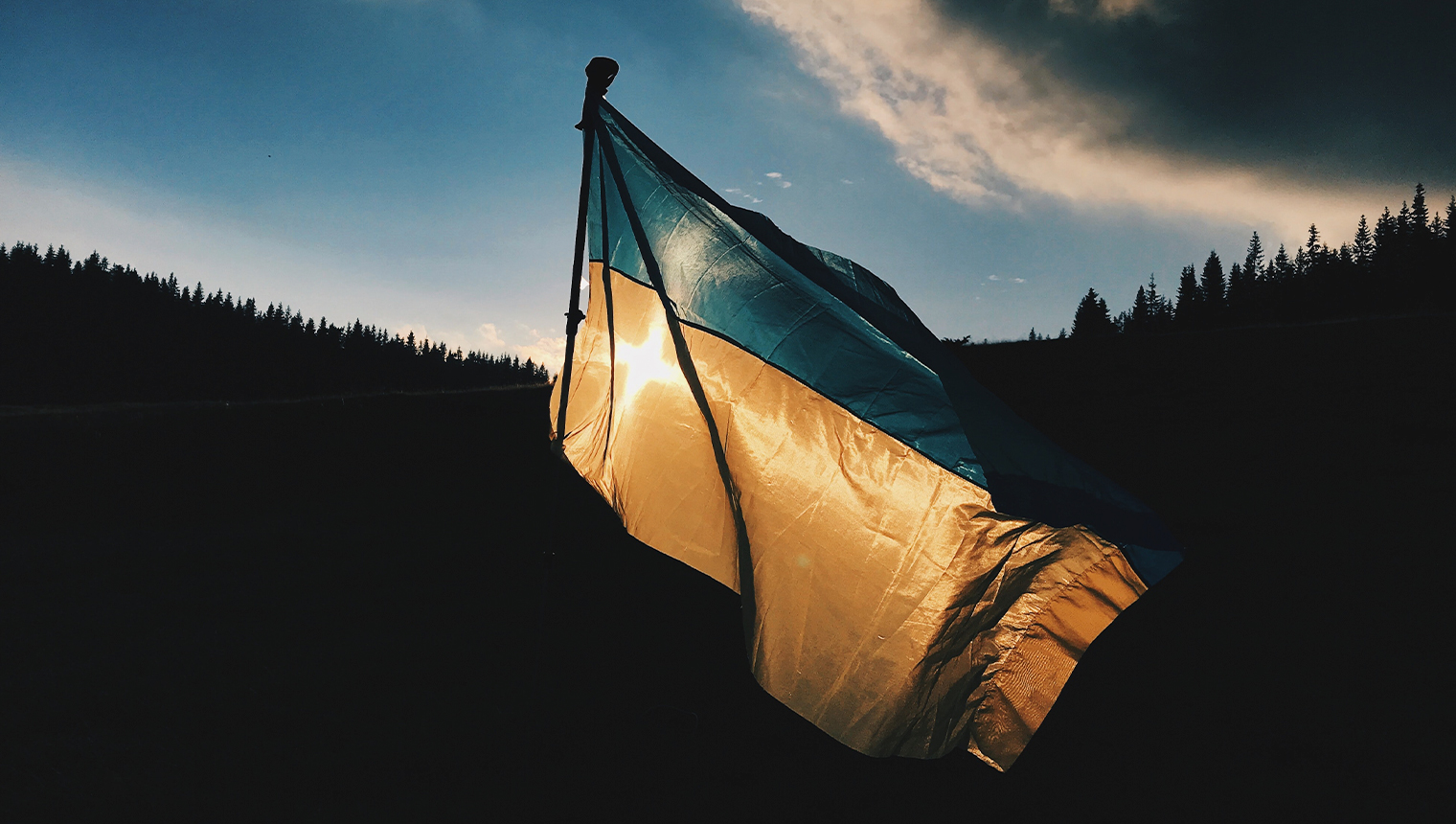 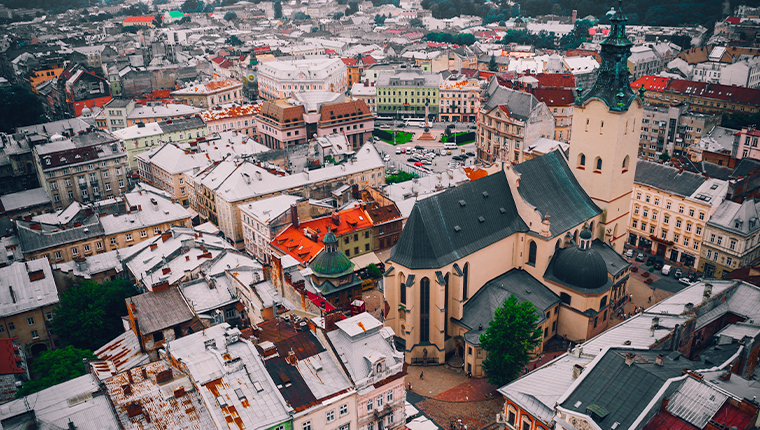 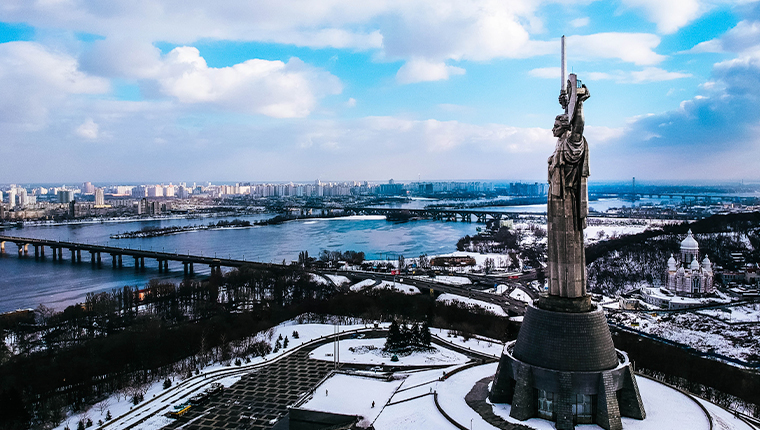 listen)) is a country in Eastern Europe.[8] It is bordered by Russia to the north-east; Belarus to the north; Poland, Slovakia and Hungary to the west; and Romania, Moldova, and the Black Sea to the south. Ukraine is currently in a territorial dispute with Russia over the Crimean Peninsula, which Russia annexed in 2014.[9] Including the Crimean Peninsula, Ukraine has an area of 603,628 km2 (233,062 sq mi),[10] making it the second-largest country in Europe after Russia, and the 46th-largest country in the world. Excluding Crimea, Ukraine has a population of about 42 million,[3] making it the eighth or ninth-most populous country in Europe, and the 32nd-most populous country in the world. Its capital and largest city is Kiev. Ukrainian is the official language and its alphabet is Cyrillic. The dominant religion in the country is Eastern Orthodoxy.

The territory of modern Ukraine has been inhabited since 32,000 BC. During the Middle Ages, the area was a key centre of East Slavic culture, with the powerful state of Kievan Rus’forming the basis of Ukrainian identity. Following its fragmentation in the 13th century, the territory was contested, ruled and divided by a variety of powers, including the Polish–Lithuanian Commonwealth, Austria-Hungary, the Ottoman Empire and Russia. A Cossack republic emerged and prospered during the 17th and 18th centuries, but its territory was eventually split between Poland and the Russian Empire. After World War II the Western part of Ukraine merged into the Ukrainian Soviet Socialist Republic, and the whole country became a part of the Soviet Union as a single state entity. In 1991, Ukraine gained its independence from the Soviet Union in the aftermath of its dissolution at the end of the Cold War. Before its independence, Ukraine was typically referred to in English as “The Ukraine”, but most sources have since moved to drop “the” from the name of Ukraine in all uses.[11]

Following its independence, Ukraine declared itself a neutral state;[12] it formed a limited military partnership with Russia and other CIS countries while also establishing a partnership with NATO in 1994. In 2013, after the government of President Viktor Yanukovych had decided to suspend the Ukraine-European Union Association Agreement and seek closer economic ties with Russia, a several-months-long wave of demonstrations and protests known as the Euromaidan began, which later escalated into the 2014 Ukrainian revolution that led to the overthrow of Yanukovych and the establishment of a new government. These events formed the background for the annexation of Crimea by Russia in March 2014, and the War in Donbass in April 2014. On 1 January 2016, Ukraine applied the economic component of the Deep and Comprehensive Free Trade Area with the European Union.[13]

Ukraine is a developing country and ranks 88th on the Human Development Index. As of 2018, Ukraine is the poorest country in Europe alongside Moldova in terms of GDP per capita. At US$40, it has the lowest median wealth per adult in the world,[note 1][14] and suffers from a very high poverty rate as well as severe corruption.[15] However, because of its extensive fertile farmlands, Ukraine is one of the world’s largest grain exporters.[16][17] It also maintains the second-largest military in Europe after that of Russia. Ukraine is a unitary republicunder a semi-presidential system with separate powers: legislative, executive and judicial branches. The country is a member of the United Nations, the Council of Europe, the Organization for Security and Co-operation in Europe (OSCE), the GUAM organization, and one of the founding states of the Commonwealth of Independent States (CIS).