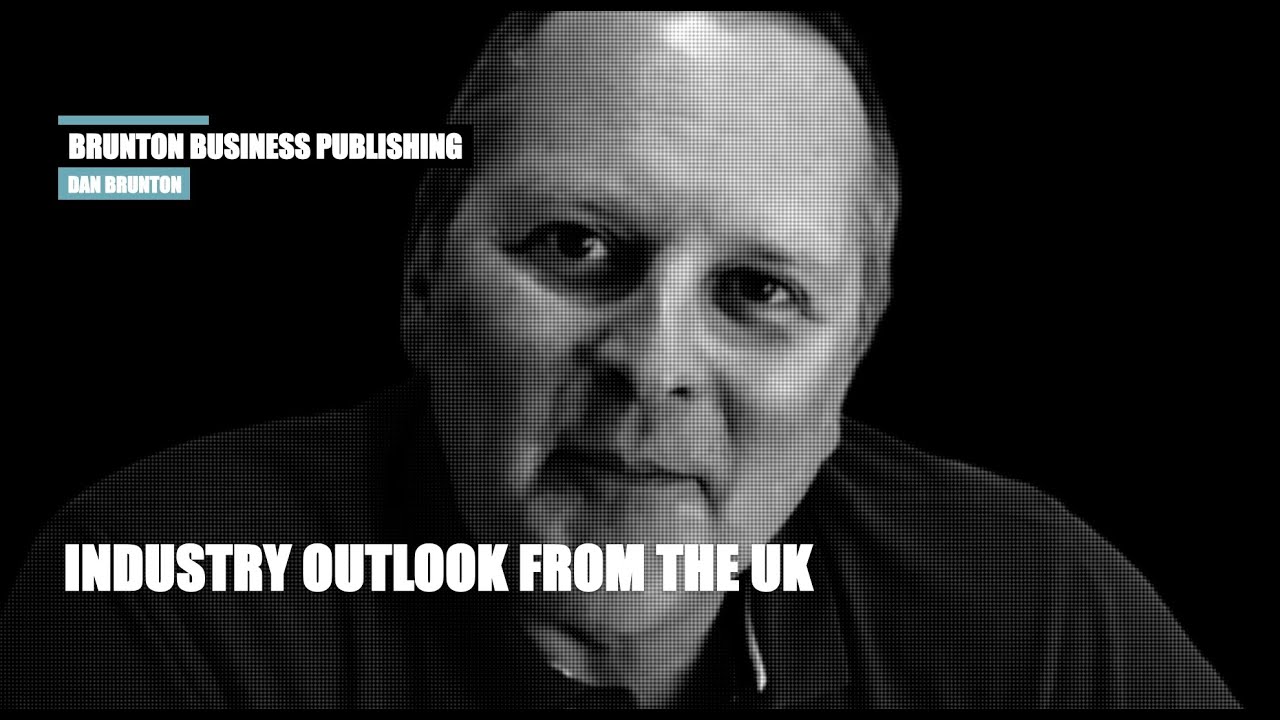 For the INKISH NON-EVENT ’22, we asked Pat McGrew to talk to editors from around the world to get their perspective on the future of print. You’ll hear Dan Brunton from Brunton Business Publishing in the UK – great insights and perfect questions from Pat McGrew.

Pat: I’m Pat McGrew with McGrew Group. Today I am with Dan Brunon, Brunton publications. Anyone in the corrugated packaging industry will know Dan because of some great content that he creates. Not only in magazines but also online. And Dan’s my global resource for everything to do with corrugated packaging.

Dan: Pat, wonderful to be with you. Thanks for having me today.

Pat: So we wanted your views on the future, and I didn’t bring a crystal ball. I could have, but I think we’re in an era where sometimes the future is hard to predict because things change pretty rapidly. Corrugated packaging is one of those areas that, since I’ve been following, has just, it, it does everything right.

Dan: Pat, that’s an excellent opening gamut there. Thank you. Obviously, since the Covid Pandemic hit the news in the spring of 2020, I think the big winner was the corrugated packaging sector. People realized that by shopping from home, they were still able to survive.

We did some market research just recently for an editorial where we were looking into 3,000 converters worldwide. And we were asking simple questions such as, how many machines have you installed in the last three years? And what was fascinating was over 43% of the audience said they hadn’t installed equipment during the previous three.

Is it going to be a question of whether they are looking at machines or are they looking at workflows? We have to look at it and say that 90% of corrugated packaging producers still operate in a typical analog environment. So yes, they’ve got sophisticated MIS and planning and scheduling systems.

But typically, they’re still outsourcing their plates. So a lot of the artwork is done externally. So we are, unfortunately, still very much an analog industry, even though we are utilizing digital print equipment. So I think
the emphasis will be on machinery rather than workflow. But of course, there will be guys who will be heavily driving towards web to pack as the development and the offshoot of e-commerce.

Pat: So what does the near-term market look like for digital print in corrugated? Because we’ve been talking about it for several years, but you’re saying it’s still a tiny piece of the market?

Dan: My viewpoint is global, but I’m not going to include China in this particular instance because I don’t know the numbers there yet.

But if we look at single-pass digital printing on corrugated, and I’m talking post-print, not pre-print, research shows that there are not even 150 single-pass machines currently in operation. So it’s a small number. And I think the numbers are barely around 2% of global corrugated printed packaging is produced digitally, yet it represents somewhere in the region of 10% of the value.

I think there are still great opportunities for digital print. But obviously, we have to throw into the mix the whole debate, which, and I’m not going to single out anyone. I think all the OEMs have not been particularly good at educating the difference between aqueous and UV inks and where they fit.

UV is perfectly acceptable if we look at the digitally printed corrugated board for display POS. But when we start talking about packaging that could have contact with or secondary contact anyway with foods, the drive toward aqueous and water-based ink is more of a driver.

So I think there are opportunities. But I think we’ll start to see this segmentation of single-pass UV hitting hard on industrial goods packaging and displays, and the aqueous and water base moving towards the sort of food and drink sector.

Dan: No. I think it’s undoubtedly between two to five. Okay. I would deem that near-term. So yeah, I think there’s, there is going to be penetration and growth there. But it’s probably not the numbers that we would hope to see. And let’s try to put into perspective why that’s happening.

I think you’ll find that some of the traditional flexo printing machine manufacturers are very similar to what we’ve seen in the litho Offset business on folding cartons. You could argue that why is digital not penetrated as quickly as possible as it should have done? I think that’s probably because the OEMs have fought a tough rear-guard action against digital, saying we have to win our game here. And you look at the recent developments from [in audiable], from BOBST, some of these traditional analog manufacturers and judging by their order books businesses looking good for them. Yeah.

Pat: I think generally that’s how I would because it’s recyclable. I think there’s a significant distinction between packaging that is too plastic bound to bound versus the power of corrugated chemically because it is recyclable.

Dan: And I think, as a whole, our industry sustainability is part of our DNA. Even when I joined the industry almost 30 years ago, we talked about the nature of the material that can be re-pulped and recycled up to seven times. It’s almost like our industry at a global level has taken it for granted; almost that is what we are.

And I think a lot needs to be done and is being done by the trade associations, whether it’s TAPI, whether it’s AICC, whether it’s FefCo, whether it’s ICA. They’re all on this bandwagon of trying to help educate the consumers. Corrugated packaging, as we say, is from box to box in 14 days. Sustainability is one of those things that it’s a great buzzword, but we’ve been doing it for a long time.

It’s just how we help the brand owners embrace that recyclability when there is a big drive to try and possibly reduce some of the emphasis and use of plastic packaging. Listen, let’s be honest, plastic can’t be got rid of; we know it’s a perfect packaging medium.

It has a lot of very positive attributes. But of course, we’ve got the commentators like David Attenborough, who’s showing images of turtles with beer can rings around their necks. And we need to do something about that. But I think that a holistic approach needs to be taken by all the stakeholders.

It’s not just down to one packing.

Pat: I think, in many ways, the brands drive that at the point where they tell you what you have to do as an industry; you do it because they won’t buy otherwise. So that does make a difference.

Dan: Absolutely. And I think one of the things that that maybe the packaging designers, the graphic designers, what we can start looking at is we talk about sustainability and we are looking at how do we reduce the content, the basis weight of our packs. So there’s a lot of ongoing research; you’ve heard the buzzword lightweight. Yeah. We are reducing the grammage of the liners. We’re looking at how we reduce the floating mediums. Other considerations as well, and this is where digital print comes in, is, do we turn round and start to say, do we let the material, the raw material, shine through?

So, in other words, we don’t want to flood coat the pack with ink. How much of the visible raw material can help towards the marketing of a successful brand campaign?

Pat: This brings us to the great wrap-up question, Dan. What’s the most critical thing corrugated packaging converters and the people who support them should be watching for the near-term and long-term?

Is it technology? Is it something else?

Dan: I certainly think technology, Pat. Over the last six or eight months, we’ve heard numerous presentations about the loss of skilled labor. We are losing experienced operators. They’re retiring. They’ve decided after the pandemic they don’t want to be a heavy lifters anymore.

They’re going to drive a DPD or a DHL. So I think the emphasis is going to be on technology. And how do we also look at attracting the next generation of operators? It’s not about heavy gears and oily fingernails anymore. It’s about driving a business through an iPad.

And so I think we’ve got a bit of an uphill struggle whereby we need to get technology into our businesses that enables us to streamline what we’re already doing while being attractive to the next generation of factory operators.

Pat: Dan, thanks for your time, insight, and global insight.

You’re the one guy I wanted to talk to about this. Please check Brunton Publications out. This guy knows if you’re going to know anything about the corrugated market. Look at this. They live it. They eat it, sleep it; they breathe it every day. 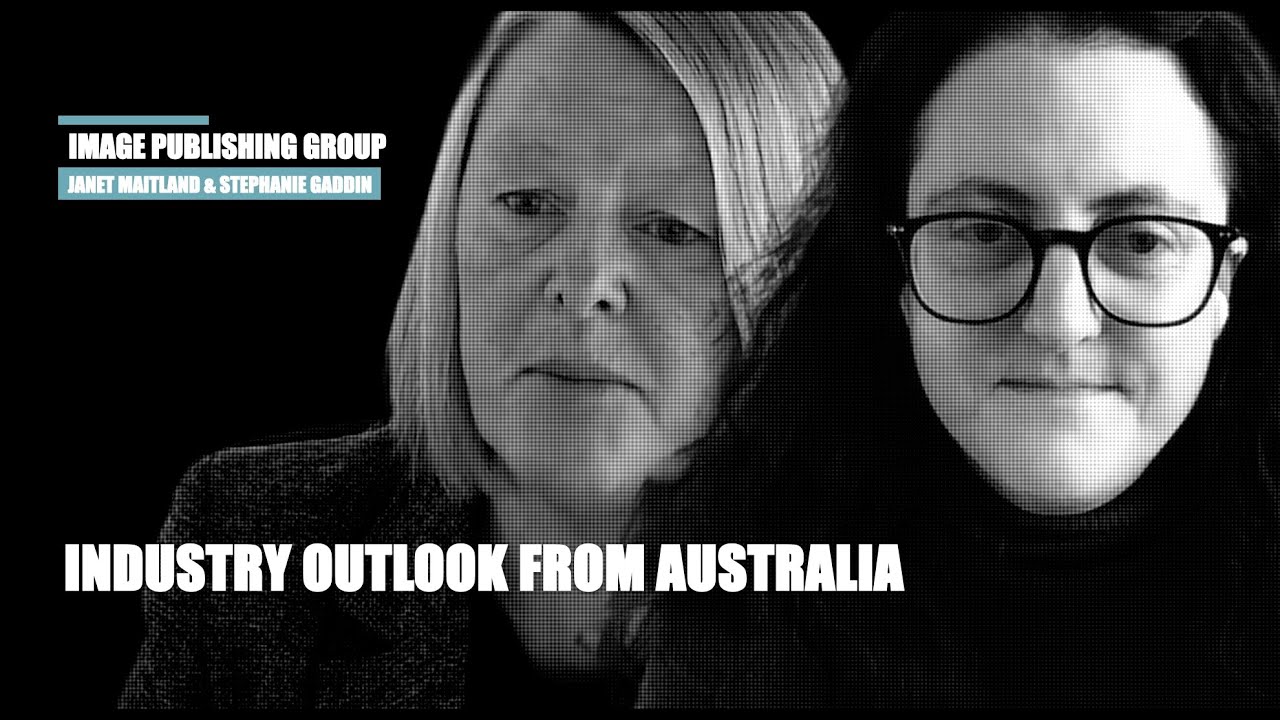 For the INKISH NON-EVENT '22, we asked Pat McGrew to talk to editors from around the world to get their perspective on the future of print. You'll hear Janet Maitland & Stephanie Gaddin from Image Publishing in Australia - great insights and perfect questions from Pat McGrew.

Copyright © 2023 INKISH
Cookies collect information from your web browser to provide a better online experience. In inkish.tv we use cookies. If you continue browsing we understand that you accept our cookies.