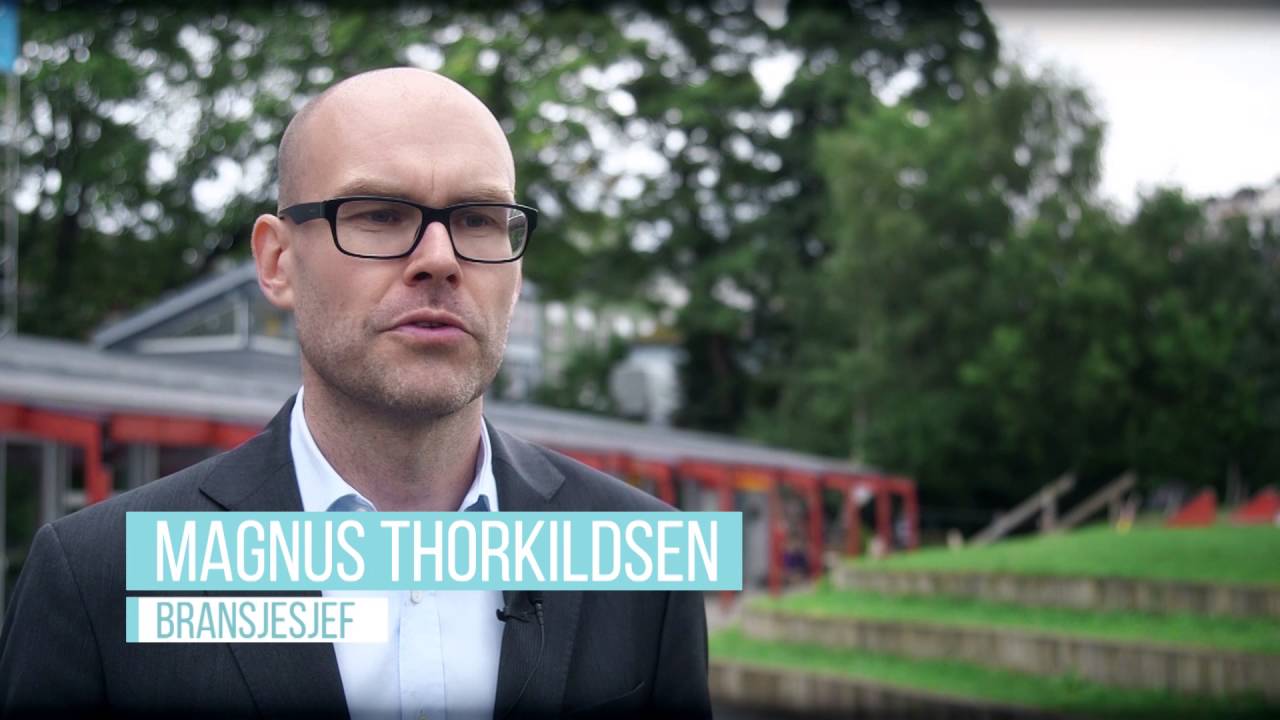 Federation of Printers in Norway give away 100.000+ painting books

Seeding your own market for future clients, is unlikely a great investment. The Federation of Printers in Norway have started a huge give away to more than 100.000 children in Norwegian kindergartens. Please enjoy!

0:27 If you ask people on the street, they say that: “Oh, okay, so you are the guy negotiating the collective agreements”. And yes, we are, and it’s probably the number one thing that we do in the long run, also. It’s very important for our members, but you have to take into account that it’s every second year and it lasts for approximately two days. Of course, then there are a lot of preparations and during the year there can be conflicts in between the period you are working with, so it’s bigger than that. But I think that it’s very important, because it affects the companies to a large extent. In our association, it’s about a 130 companies. If you look at the number of employees and the turnover, we’d say that we represent approximately 70%, but the total number is very dependent of where you put the limit, because there are a lot of small printing companies, which are called more like print shops in the street. If you include them, it’s more than 1,000. I mean, real printing companies, big ones, I would say 200-250. The big firms with trade unions, from the old days and so on, were always been a part of employer organization and the organizational life. The small ones are historically not so eager to be part of an organization in that way.

2:02 The needs are changing and I think that the scope for the organization has also changed from just or mainly legal aspects to more industry questions, also. The members are expecting more from the organization than they did before. I think, what have we been doing with the organization since I started was try to find important themes that we want to focus on each year, to kind of develop the business as I said. It’s very important to move fast, to see the trends and so on. Last year we had Sales as the main theme. We had it in the annual meeting with the presentations, and so on. We had 50 people from the printing on the three-day sales courses with professional sales instructors – a very positive thing. This year we are emphasizing on the Marketing.

3:01 The legal stuff is one exception we do on the label, and all questions within label u get within your membership, so to speak. But if you have other legal questions that are in other fields, we have some partners that we cooperate with, but we show them to them. The legal field is so complex and really if you are giving advice, you really want to be sure that this is the best advice that you can give.

3:32 Inside the organization there are fewer companies, but they are bigger. I think that in the overall picture that’s the trend we are facing. Partly, because we have to utilize the machinery as much as possible, when we are talking about offset printing especially, and also with big units you are able to have a better sales force, a better marketing department, and so on. Apart from that, as you said, it’s probably a part of the new label scheme that we also have more independent firms with one or two employees working separately; you’ll probably see that, as well. But I think the main picture is that you will see larger and fewer firms.

4:19 In Norway, we don’t see an increase in the number of brokers, actually. It’s been quite stable. I think it has to do a lot with the currency situation where we have a Norwegian crown, which is much weaker than it was just a year ago. So, in that respect, it has been actually harder and tougher times for the brokers in the Norwegian market. The business model with being a broker and setting up the work inside of Norway, I’m not so sure that will be a goal in the future for that kind of business; maybe, but I think that they will be struggling. And also part of development where we have bigger players, more professional sales force – it will be very difficult for broker to compete with that, I think.

05:01 In the big picture, I think the main challenge as in all of the countries around Europe is the decline in paper consumption. We are using more and more digital tools, of course, all of us, and that is the big challenge, to kind of change our business model, so that you are still an important player, not only on paper, but also in other channels. Of course, that is affecting and has been affecting our industry for the last at least 10 years, and it’s still the main challenge today also.

5:38 It’s a big concern and it’s a lot of export into Norway. That is a part of being kind of a wealthy country and it applies to the whole of the Nordic region, if you compare to the Baltics and Poland, and Norway has probably been versed off, so to speak. I would say that this has changed quite dramatically, because the currency has extremely much, how to say, we have had quite high wage increase during the last 10 years and during one year with weaker currency, this has been blown away. And now we are pretty much on the same level as Sweden and Denmark. So, I think the threat, especially from the Nordic countries, which are the main exporters to Norway, are not Estonia and Latvia and so on, everyone speaks about those countries and they also have some export in Norway, but it’s the Nordic countries that are the major players. So, we expect that to be, at least in the long run, a little bit more eastern situation for the Norwegian firms. We also see that there are quite a few jobs that are done in the Baltics, Sweden, Denmark and so on, that are coming home. And for the national industry, that is of course, positive.

6:53 There hasn’t been much export during the last year, a little bit to other Nordic countries. And of course, we absolutely encourage all of our members to be successful also in other countries. I truly believe that the printing industry will be more and more global, and there will be more and more trade across the countries, especially in the Nordics, which I believe, will be one market.

7:25 I truly believe in the industry, so definitely I believe that it will be a strong industry in Norway and within printing also in 5 years. As I said before, I think there will be fewer players left and they will be bigger, they will utilize the machinery 24 hours a day, they will have strong sales force, they will put more emphasis on marketing, because all businesses are getting more and more professional, so you have to develop yourself also. So, I think that changes will come and as in business it’s always survival of the fittest.

8:05 I think that the industry, media, communications, printing is developing extremely fast – so much faster than before. So I think that in this industry with many family-owned smaller businesses, it’s absolutely vital to take the time to look up, to take a small break: ìWhere is the trends moving? How is my firm in this new world? How should I develop my company to be able to take up this new trends?î I think that’s absolutely necessary if you want to survive in the long run, because it’s going so fast. So, you can’t just sit still and do the same as you did 5 years ago. 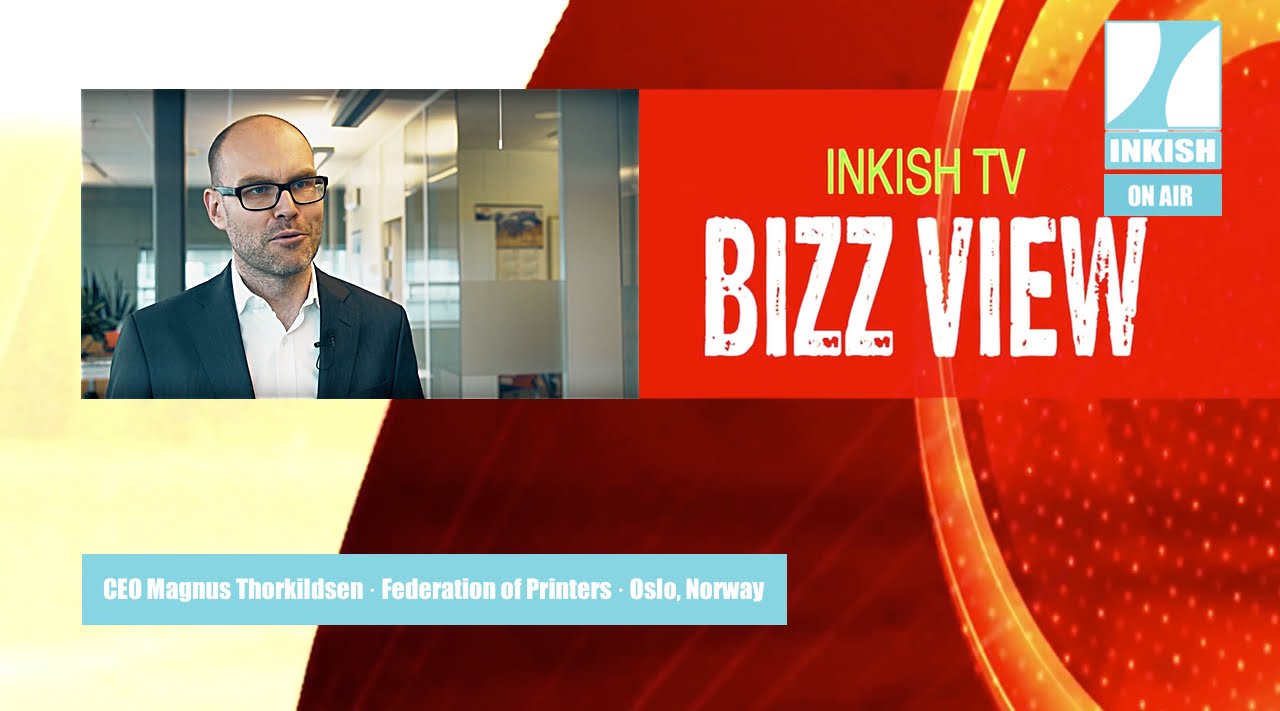