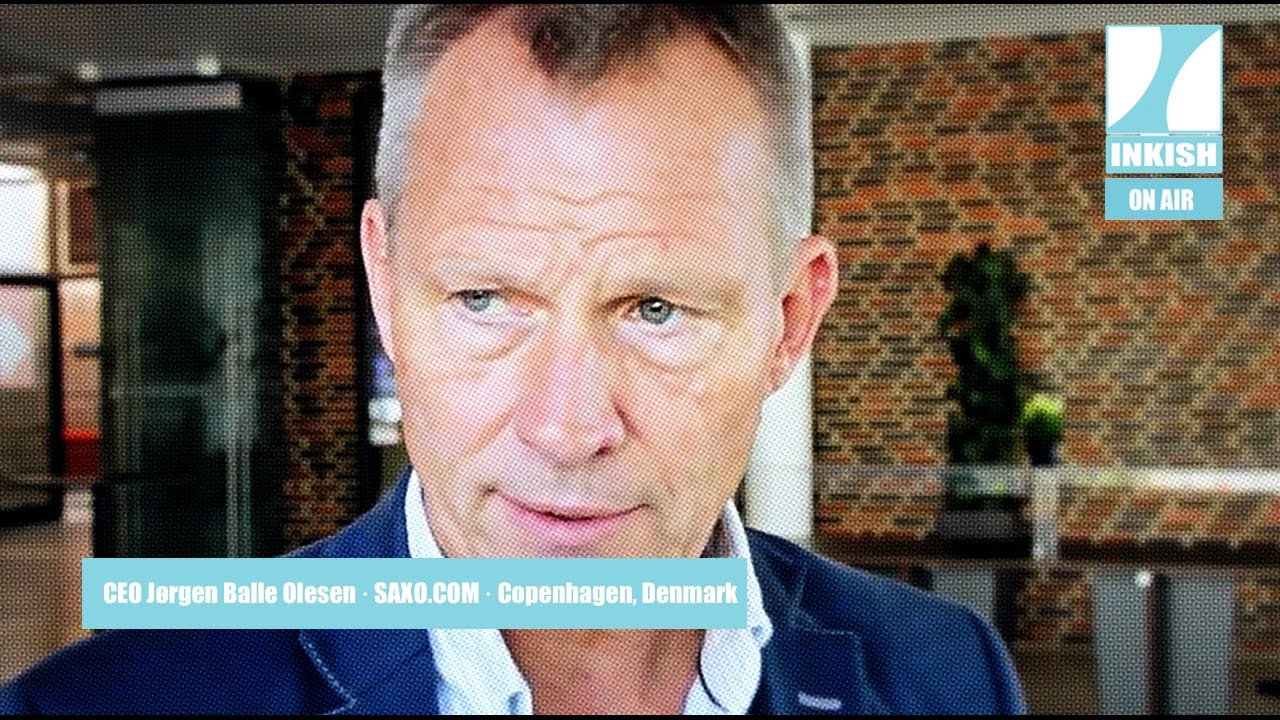 Most people believe that Amazon is the one and only online shop, when it comes to sales of books, but in Denmark – SAXO.COM is actually the most successful online book store and in this INKISH episode the founder and CEO Jørgen Balle Olesen gives some of his insights in an open and honest interview. SAXO.COM is in a process developing from being a bookstore online to be a platform bringing authors and readers together and the CEO also explains about his vision for expansion. For the printing industry one of his important statements is his belief in the paper based book. Listen and learn!

0:24     I’m the founder and CEO of Saxo.com, which originally was a retail platform for distributing books to end consumers and now over the last couple of years, we have moved into more platform position, where we try to be the link between creators and experiences, that is people who create content and people who consume content, whether it’s literature, or learning materials, or whatever.

0:53     My mother and my father had a book shop which they established quite early, and they were in their early 20s when they actually bought this, so I grew up in a book shop, but you know as I told you, I thought that perhaps to be a bookseller in a traditional way was not the right career path for me, so I studied economics and I was working in the oil industry for a number of years. I also have been working in Bolivia for quite some time, but then when my parents were in their late 50s I think, they were tired and a little sick and they wanted to handle this bookshop over and I tried to help them, but they couldn’t get any money, so well perhaps it was time to try to take this shop and try, not because I wanted to be a bookseller in traditional way, but it was around year 2000, and I was really inspired by the e-commerce thoughts coming from United States, and I thought: ìI can see an idea with this, so I bought the shop and then tried to build an e-commerce shop, and now it is the largest retail of books in Denmark.

2:06     A lot of people talk about digital versus physical, as if they were like opposite things and you have to choose between one or the other, but we have studied our customers carefully and actually very few are consuming only digital, and some people are consuming physical only, but the majority is migrating between the format. So, when they are going on holiday might consume digitally, because they don’t want to carry around 17 books. On the other hand, they prefer perhaps reading physically when they are at the night table, you know. So, I think it’s a crossover and I think perhaps that the physical book is more resilient, that’s also what we can see in the statistics actually, then a lot of other digital products like music and film. I think that at least we will have the physical book in many, many years to go. I mean, what we have seen over just the last few years is that actually the digital sales have declined even in United States where it was quite high share turnover of 30%, in Denmark it’s only around 15%, but even in Denmark with this lower share, we have seen a decline in digital sales and increase in physical sales. So, I’m quite sure it will be digitalized at some point of time, but it will take a lot of years until the physical book revenue is gone.

3:31     And in a way what we are seeing is that the digital development is not just about digital books, it’s also actually development hitting the physical book, especially in the production and distribution area. I foresee that print in demand in a few years’ time will be the dominating way of producing books, because I think that the production cost will be lowered and at some time it will be cheaper than storing the book and producing it in a high-volume where you have to anticipate a certain demand, even if you produce one single copy. What we have seen or when we can cut off one day in delivery time, it shows that conversion rate when purchasing is growing up with about 10%. So, it means actually that by cutting a day in delivery time, you can increase the all turnover by 10% and that’s a lot. A lot of international actors are also very much engaged in buying planes and I don’t know what, so actually it’s quite interesting that if you can, let’s say, have a more efficient delivery chain, and that’s actually now; we have a strong strategic work also on an innovative level with PostNord, who is the biggest distributor in Scandinavia and talking with them on how to cut down the delivery time. They are also very interested and see this coming, they need to be able to make same-day delivery.

5:06     A few years back, I went to United States and visited what is called Singularity University, which is quite closely associated with the Google and it’s in San Francisco and they have gathered some of the best brains, so to speak, in various industries, and basically what they say is that every industry where you have computerization or data in it, it will follow to some extent more slow, and that means that you will have increased output at the reduced cost, every certain number of months, like storage becomes cheaper, like computer and solar power, you name it. So, you have this demonetization of things, right, and it means that all industries like the one that I am in, where you have digitalization of books will be affected. What is happening here is actually is that when you have this effect then if you are not aware of what is happening in the industry, then you will disrupt it. You somehow have to disrupt yourself if you want to stay in business. You have to be in front of this, you know. In my area, where we see digital books are coming in, we need to be aware of that, and also the new models that is access versus ownerships, the community, the people they share and they co-create to an increasing extent, all of these trends we need to embed in our business models.

6:36     The good thing is that if you have, let’s say, the platform like Uber and Airbnb have, if you have the app or the platform that can connect in those cases ñ drivers with customers in our case, writers with readers – if you have this platform and it’s still scalable, then you can actually reach new markets. Of course, it’s an effort and we cry a lot of money to do it, but we have made that platform more or less, and it is constantly developing, but we have basics right on thing. We’ve been working and testing it now for some years, validating how it works, and automating processes etc. So, we think that it’s a viable model and the thing it can be transported, especially as I talked about these new emerging economists, where you have like 2.5 billion new people coming out in these markets over the next 5 years, who will all be equipped with a cheap mobile phone, who will be able to read and have basic.

7:43     Now the economies are moving, so it’s not just about a shelter and food, but it’s also like other needs, educational or entertainment needs to be met, and we would love to be part of that evolution. Also you have the Google Loon project, so people will have cheap and easy access to broadband probably anywhere in the world, so you have a lot of processes also part of this overall framework that will mean: ìWe are going into another world of abundance where you have clean water, you have plenty of electricity and you have another worldî. I mean, there’s enough problems associated with this. For instance, people may be laid off of jobs because of that artificial intelligence and robotics, but in my mind that could be the spur of a kind of cultural revolution where people actually use this development for creative expression.

8:44     We need some partners, and of course the global partners are not partners, but competitors like Amazon, who are doing extremely well and who are certainly a target, but I mean, we are primarily targeting the literature and the learning scene and they are working with the same-day delivery on foods and you name it, so I think that perhaps by focusing on this, I mean trying to remove the paints and the friction, in all these. Kindle, of course has direct publishing and they are fantastic and they are also a big data company with lot of resources where we could put 2 men, and they could put 1700 men into building something, right? Anyway, I think the potential is so great or so big that there must be also a position free. There will be no one like, for instance in India, which I visited recently, Amazon is trying to have a very dominant position, but their government has said: ìIt’s okay that you have this, but you can only have 25%î, so they will also need some partners or some collaboration things to run it.

10:01    Some of these markets are protected by national laws. They don’t want the situation like they have the power, as Indians would say, they don’t want to be in the same position like in United States, where Amazon is sitting on 90% of the market.

10:12    When we created Saxo, the term startup wasn’t invented, you know. I just thought that I would build this slowly. I had some cash in the bank and I’ve never had funding. One time I had, JP people, the biggest newspaper concert, who have 30% of the shares. They invested and with that money we have of course done some development on the platform and got a market strategy, primarily in the Danish market. I haven’t been in this ballgame until recently, that is all about trying to have a business at jail and then V.C. coming in. I don’t know what is best ñ for me it has been kind of a life mission over the last 20 years, you know, to work on this and sometimes if you sell out on a very early phaseÖ I mean, he has not done that, he is still in control, but sometimes you just have to give away control and freedom and all of the other things that I like by being independent. But of course now if we want to expand into the world in a larger scale, I will have to give away shares for the greater purpose of the company.