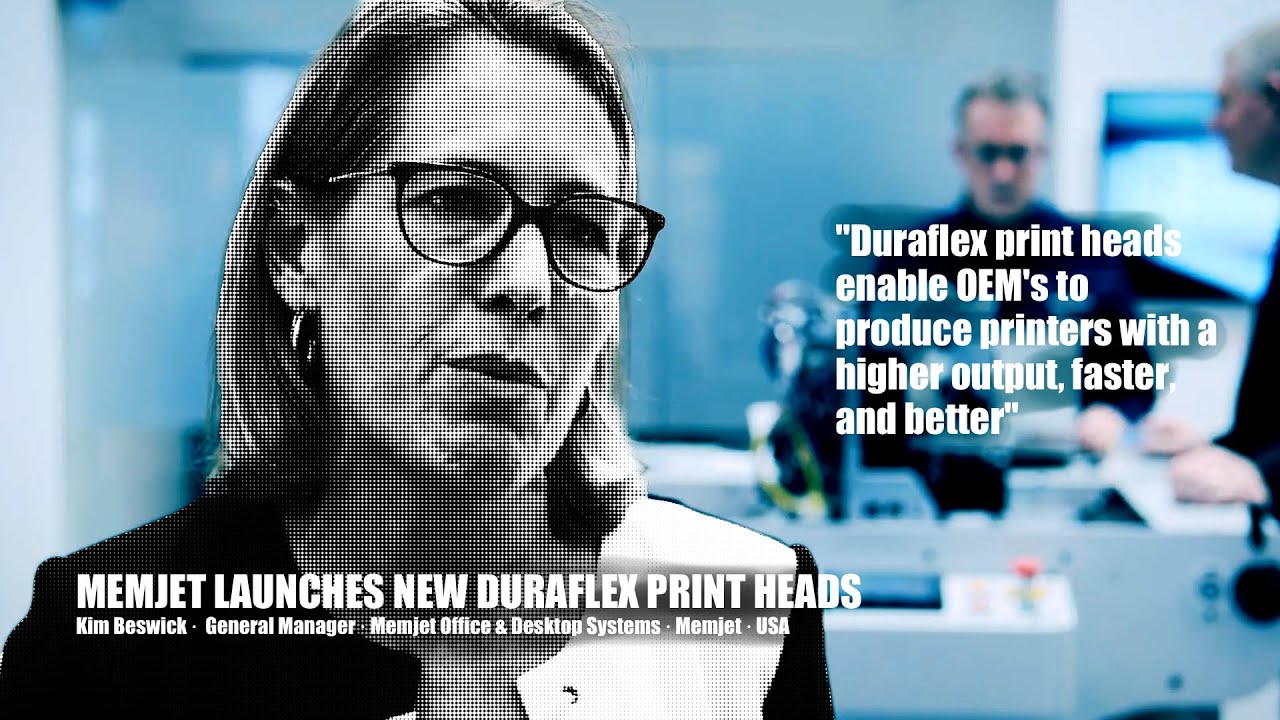 At the recent LabelExpo Europe 2019, we got a chance to talk to General Manager Kim Beswick from Memjet about their new product launch – Duraflex. Memjet is a developer of core-technology that is licensed to a long range of partners, producing the finale machines. The list of partners is long and include names in almost every segment of the value chain from office print to large format, industrial print. Memjet practically invented waterfall technology where the colours are falling from the mounted print heads rather than moving the print head forth and back. This enables really fast print, and when you see a Memjet enabled machine for the first time, you can’t do anything but say WHAU.

With the launch of the new Duraflex print head, Memjet offers a third-generation inkjet engine where speed, quality, and price are the main KPI’s.

What Memjet does is we really make the technologies inside, so the core print engine. As you said, it’s the print head, it’s the inks, it’s the ASICs that drive the data path to the print head. But it’s also the modules in the sub systems that support the print head. And by selling those along with the print head, we’re really helping our OEMs to be able to integrate and create engines much easier because we’re supporting the maintenance and the ink delivery and all the things that sort of keep the printhead healthy and running on a daily basis. So what we want to do is deliver the core technologies and then let our OEMs sort of add their expertise, their secret sauce. Maybe it’s the features or the media handling or the software, the service or the sales, whatever that is that they do and know well, they’re going to complete the product and deliver it to the market through their means. And that allows us to really focus on the core technologies and support them.

That’s true. We had to find our balance point. So we started out developing full print engines that were almost complete and that was a way of sort of getting our partners into developing with Memjet. But then that restricted the flexibility of our partners. We needed to back up. And we moved into this sort of modular approach in order to deliver that balance of flexibility but also ease of integration and we want our OEMs to have very quick time to market. So we struck a middle point that I think right now is really resonating.

So basically it is a fixed print head that sits over the paper path and it prints in a single pass. So that’s very efficient, very fast from a speed perspective. And yeah, I mean, it allows us to get into higher performance categories with inkjet then slower scanning machines. But also we’re, one of the keys to our technology is the low cost of our hardware footprint and our print heads just in general. So if you’re coming down from the press space, we’re delivering a lot of speed and sort of resolution in a very affordable hardware package. And if you’re coming up from the desktop space, we’re delivering, again, a lot of speed and resolution in a slightly higher price point, but in a much more efficient space than we could have accomplished before.

Our original technology VersaPass is still in the market growing. We’ve got partners here today that are introducing new capabilities and technologies on that. DuraFlex really sits in between DuraLink and VersaPass and it’s meant to cover sort of the high end industrial bench top market all the way up into entry level presses. So we envision products that are anywhere from $15 or $20,000 at the low end, all the way up to $200,000 entry level press machines and these can be in industrial markets, but also crossing over into commercial print market’s like production, packaging and other applications.

DuraFlex is based on a completely new print head design. It comes in two sizes, A4 and A3 plus, so we can print up to 324 millimeters wide. It also comes with a new formulation of aqueous pigment inks, so that gives us a lot of durability now in this space. Prints at two speeds. Full resolution is 27 meters per minute, so quite fast for this space that we’re in. And then we also have a higher speed of 46 meters per minute at the 1600 by 954 DPI. So you’re getting a lot of resolution and speed capability in this sort of DuraFlex space.

It’s a number of things. I mean, I think it really is truly flexible, so it’s giving our OEMs a lot of ability to sort of determine what they want to do with it. Again, it’s the A4 and the A3 size. It’s stitchable. We’ve got two digital front end data paths. We’ve got a really simple embedded rip that you would just drive with a Windows driver or Mac driver, but we also have a high speed data path so you can hook up a very powerful external rip for a job or color control and drive it that way.

So I think what’s really resonating right now is that in general, inkjet is growing and catching on. We have this sort of middle market space that still gives commercial printers really affordable entry points for digital printing, but also allows manufacturers and businesses to sort of bring some of that label or packaging printing in house under the same roof and sort of manage their demand for labels or packaging themselves depending on the flexibility that they need in their business. So it’s kind of at that confluence and I think that’s really at the heart of inkjet right now, that ability to be flexible and to deliver both to the commercial print side and also to the manufacturer’s side of the market.

There’s a lot of interest. There’s a lot I can’t talk about, but we do have a number of partners that have announced their engagement with the DuraFlex technology. Colordyne announced that they would be developing color label engine both for themselves in terms of whole products, but also working with partners and to integrate that into downstream engines. We’ve got [Wrigley 00:05:18] who is looking at flexible packaging and packaging solutions, they are a partner from Italy. We’ve got AstroNova showing the DuraFlex technology integrated with a GM finishing machine in their booth as a demonstration of where they want to go in the future. And then in the U.S. we have Kirk-Rudy, who’s a mailing, envelope printing and packaging printing provider who’s actually introduced the first product with the DuraFlex technology in it. And so they’re actually announcing right now at Pack Expo in Las Vegas.

Yes, that’s right. No, it is an exciting time and I think this technology is hitting a sweet spot in the market. And we’re very fortunate we have growth in our current business. The partners here are showing increasing capabilities. We’ve got our new press business, which is sort of the second wave that’s starting to come in, and now we’ve got DuraFlex. So I think that momentum in general is what’s giving us a lot of optimism about this market and the business that we’re in. 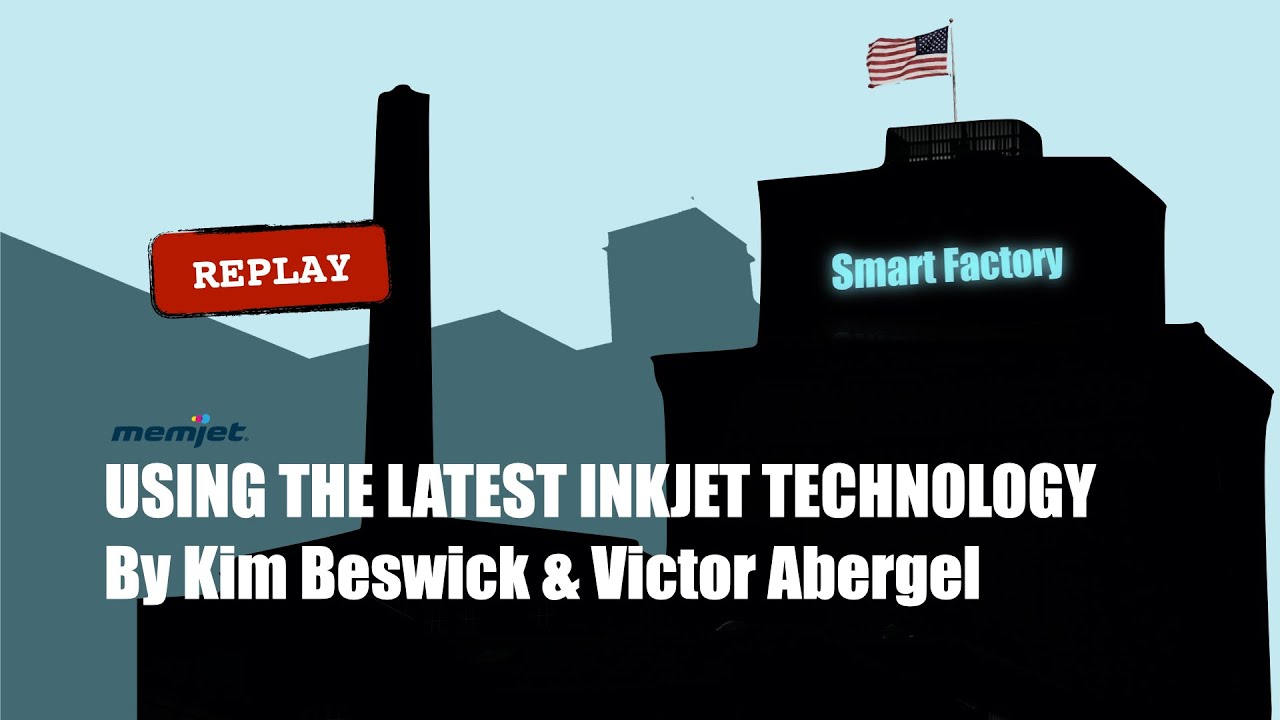 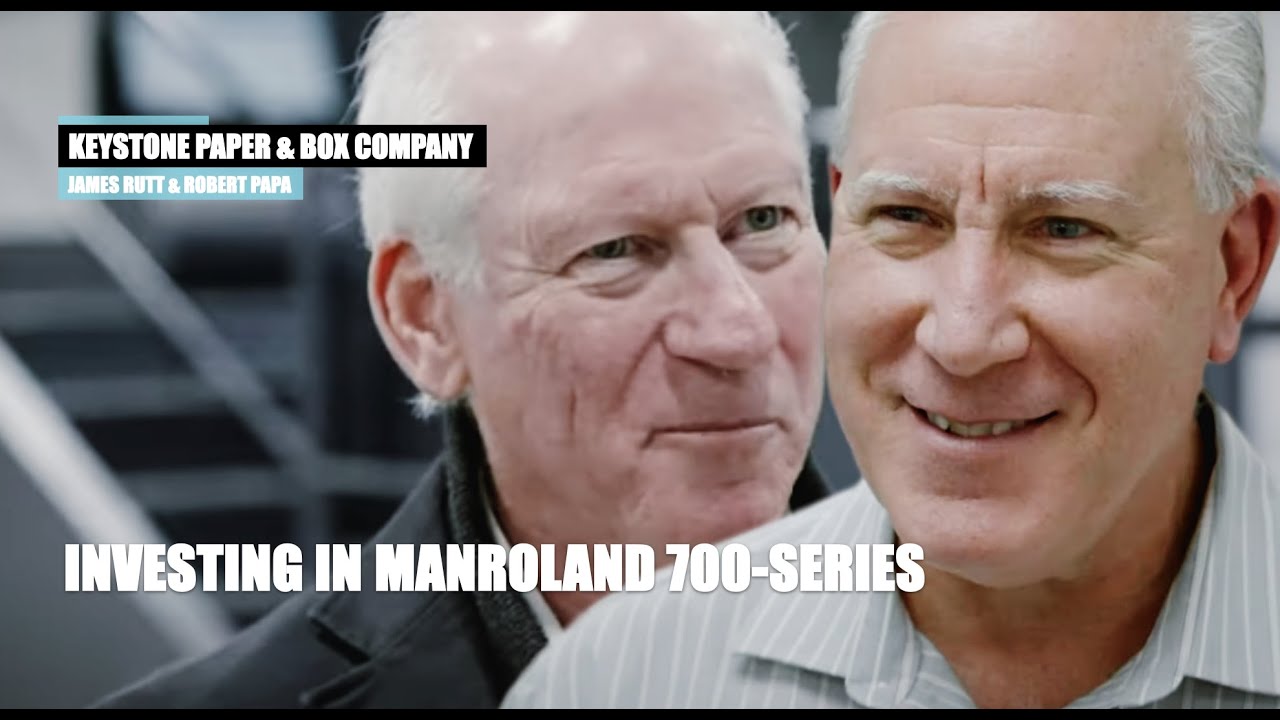 In South Windsor, Connecticut, you'll find a packaging printing company named Keystone Paper & Box Company. The owner, James Rutt, is the third generation owner, and while we are visiting the company, James (Jim) shows us around, greets all employees by their first name, and knows pretty much exactly when each piece of equipment was acquired. The BOBST, the gluers, the windowing machine, and while being on tour, getting the exciting story about how Keystone Paper and Box Company became what it is today. With Robert Papa as COO, the company is now initiating a new growth phase that, according to Papa, will double the size of the company. The heart of the production is the two new manroland 700-series offset machines. One is an 8-color straight machine with a manroland cold-foiling unit installed, and for the second, the foundation is being laid for the second machine. Great story and we hope you like the film - we do :-)