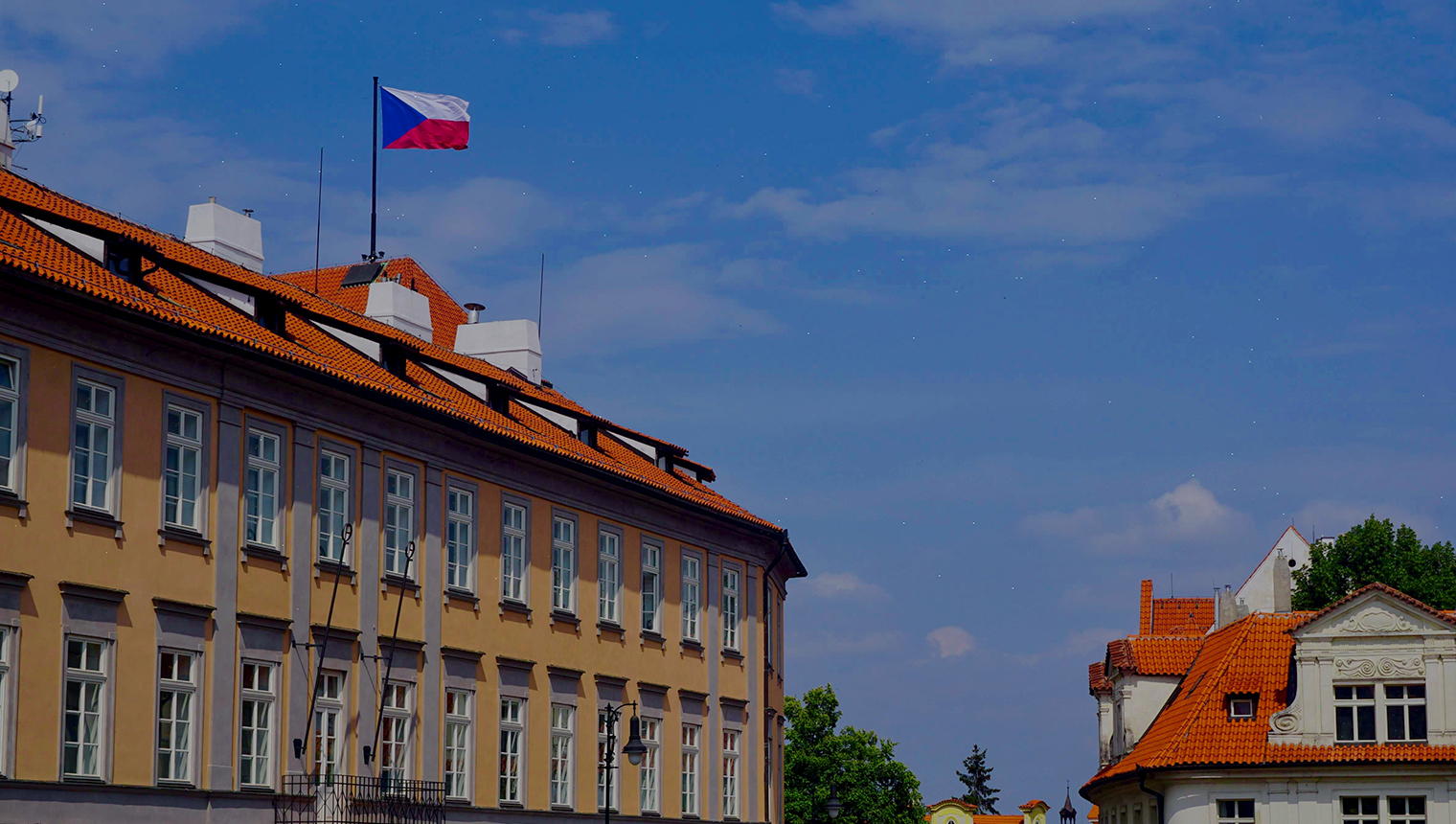 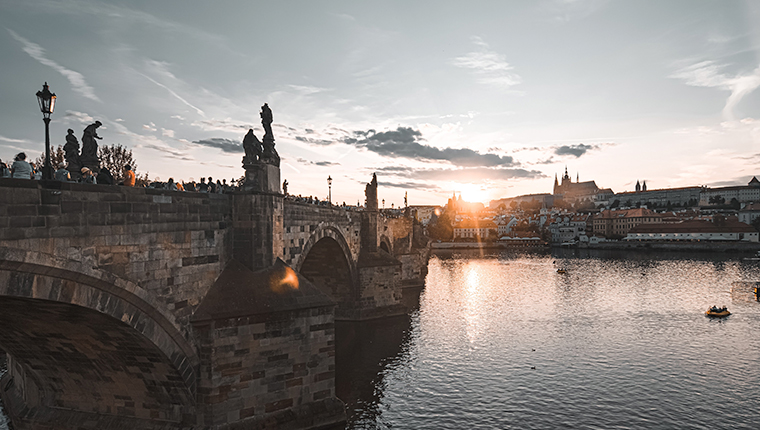 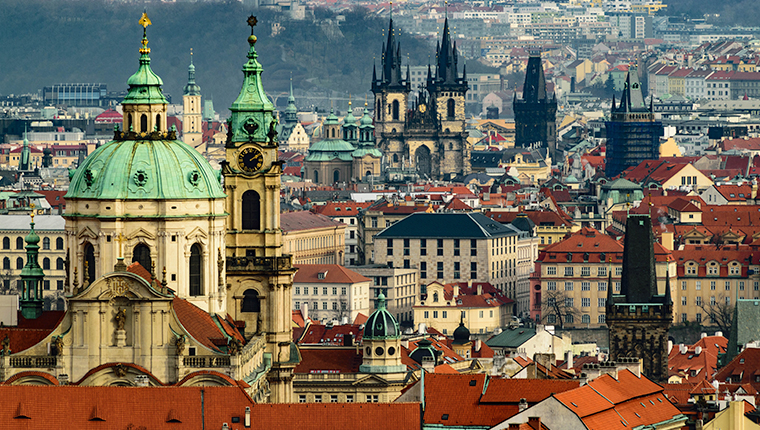 listen)), is a landlocked country in Central Europe bordered by Poland to the northeast, Slovakia to the southeast, Austria to the south, and Germany to the west.[15] The Czech Republic has hilly landscape that covers an area of 78,866 square kilometers (30,450 sq mi) with a mostly temperate continental climate and oceanic climate. It is a unitary parliamentary republic, with 10.7 million inhabitants. Its capital and largest city is Prague, with 1.3 million residents; other major cities are Brno, Ostrava, Olomouc and Pilsen.

The Czech Republic includes the historical territories of Bohemia,[16] Moravia, and Czech Silesia. The Czech state was formed in the late ninth century as the Duchy of Bohemia under the Great Moravian Empire. In 1002, the duchy was formally recognized as an Imperial State of the Holy Roman Empire along with the Kingdom of Germany, the Kingdom of Burgundy, the Kingdom of Italy; and became the Kingdom of Bohemia in 1198, reaching its greatest territorial extent in the 14th century.[17][18] Prague was the imperial seat in periods between the 14th and 17th century. The Protestant Bohemian Reformation of the 15th century led to the Hussite Wars, the first of many conflicts with the Catholic Church.

Following the Battle of Mohács in 1526, the whole Crown of Bohemia was gradually integrated into the Habsburg Monarchy. The Protestant Bohemian Revolt (1618–20) against the Catholic Habsburgs led to the Thirty Years’ War. After the Battle of the White Mountain, the Habsburgs consolidated their rule, eradicated Protestantism, reimposed Catholicism, and adopted a policy of gradual Germanization. This contributed to anti-Habsburg sentiment and resentment of the Catholic Church that continues to this day.[19][20][21][22] With the dissolution of the Holy Roman Empire in 1806, the Bohemian Kingdom became part of the Austrian Empire (1804 to 1867) and the Czech language experienced a revival as a consequence of widespread romantic nationalism. In the 19th century, the Czech lands became the industrial powerhouse of the monarchy and were subsequently the core of the First Czechoslovak Republic, which was formed in 1918 following the collapse of the Austro-Hungarian Empire after World War I.

Czechoslovakia was the only democracy in Central Europe during the interwar period (after the May Coup in Poland, in 1926).[23] However, parts of the country were occupied by Germany in World War II, while the Slovak region became a German puppet state. Czechoslovakia was liberated in 1945 by the Soviet Union and the United States. Most of the German-speaking minority were expelled following the war. The Communist Party of Czechoslovakia won a plurality in the 1946 elections and after the 1948 coup d’état established a one-party communist state under Soviet influence. Increasing dissatisfaction with the regime culminated in 1968 to the reform movement known as the Prague Spring, which ended in a Soviet-led invasion. Czechoslovakia remained occupied until the 1989 Velvet Revolution, which peacefully ended communist rule and reestablished democracy and a market economy. On 1 January 1993, Czechoslovakia peacefully dissolved, with its constituent states becoming the independent states of the Czech Republic and Slovakia.

The Czech Republic is a developed country with an advanced, high income social market economy.[24][25][26] It is a welfare state with a European social model, universal health care, and tuition-free university education. It ranks 13th in the UN inequality-adjusted human development and 14th in the World Bank Human Capital Index ahead of countries such as the United States, the United Kingdom and France. It ranks as the eleventh safest and most peaceful country and performs strongly in democratic governance. The Czech Republic joined NATO in 1999 and the European Union (EU) in 2004. It is also a member of the OECD, the United Nations, the OSCE, and the Council of Europe.