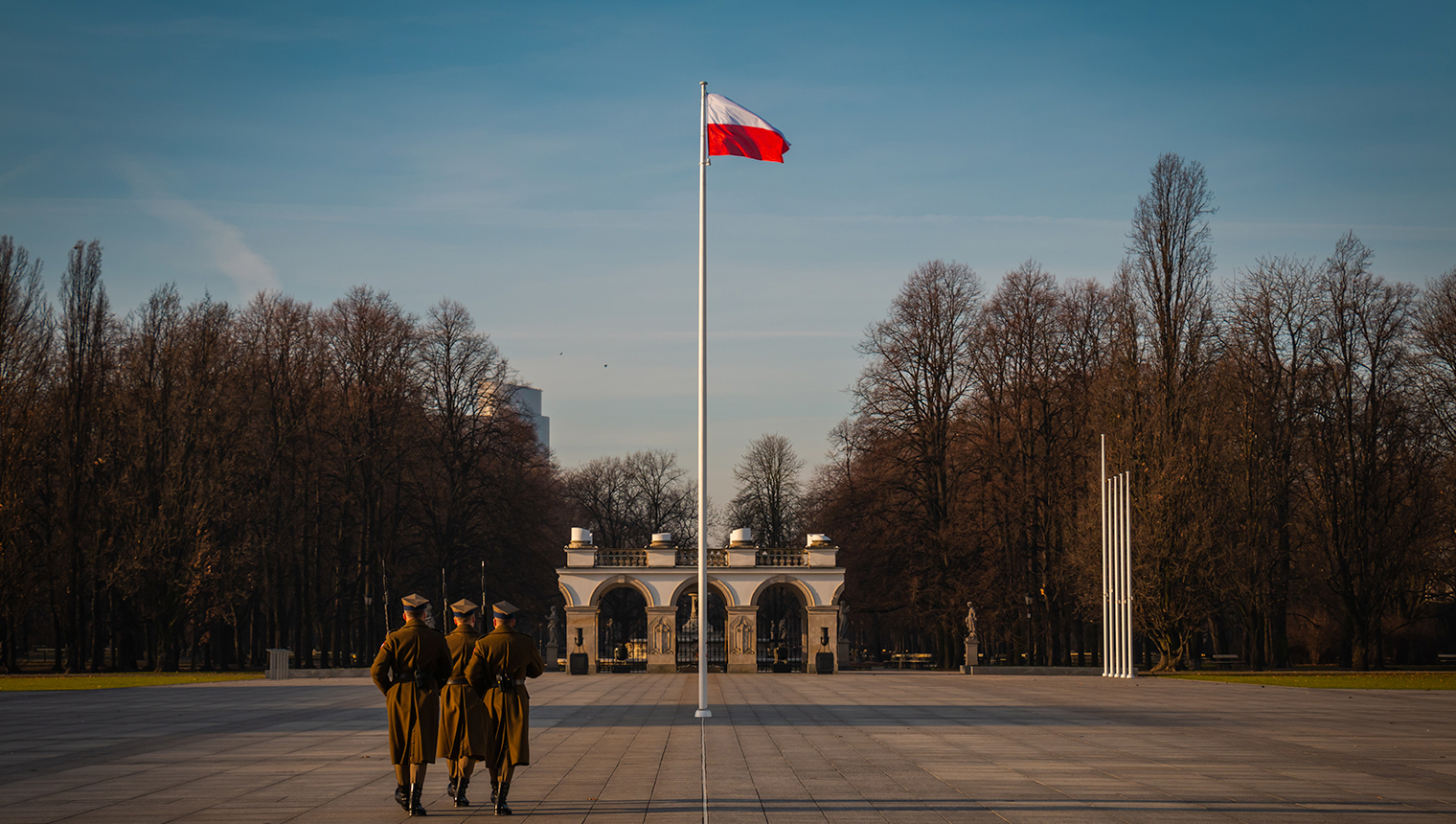 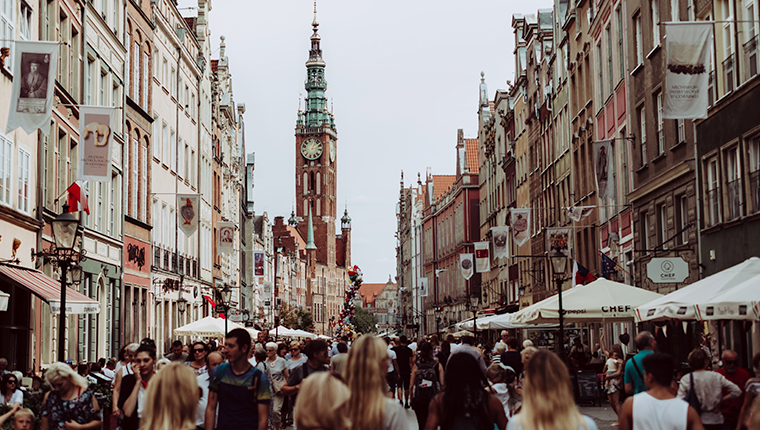 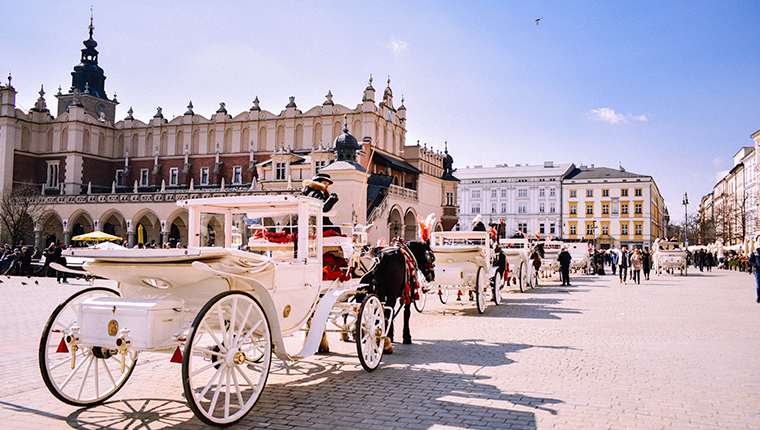 listen)), is a country located in Central Europe.[13]It is divided into 16 administrative subdivisions, covering an area of 312,696 square kilometres (120,733 sq mi), and has a largely temperate seasonal climate.[8] With a population of nearly 38.5 million people, Poland is the fifth most populous member state of the European Union.[8] Poland’s capital and largest metropolis is Warsaw. Other major cities include Kraków, Łódź, Wrocław, Poznań, Gdańsk, and Szczecin.

Poland is bordered by the Baltic Sea, Lithuania, and Russia’s Kaliningrad Oblast to the north, Belarus and Ukraine to the east, Slovakia and the Czech Republic to the south, and Germany to the west.

The history of human activity on Polish soil spans almost 500,000 years. Throughout the Iron Age the area became extensively diverse, with various cultures and tribes settling on the vast Central European Plain. However, it was the Western Polans who dominated the region and gave Poland its name. The establishment of Polish statehood can be traced to AD 966, when Mieszko I,[14] ruler of the realm coextensive with the territory of present-day Poland, converted to Christianity. The Kingdom of Poland was founded in 1025, and in 1569 it cemented its longstanding political association with the Grand Duchy of Lithuania by signing the Union of Lublin. This union formed the Polish–Lithuanian Commonwealth, one of the largest (over 1,000,000 square kilometres – 400,000 square miles) and most populous countries of 16th and 17th century Europe, with a uniquely liberal political system[15][16] which adopted Europe’s first written national constitution, the Constitution of 3 May 1791.

With the passing of prominence and prosperity, the country was partitioned by neighbouring states at the end of the 18th century, and regained its independence in 1918 with the Treaty of Versailles. After a series of territorial conflicts, the new multi-ethnic Poland restored its position as a key player in European politics. In September 1939, World War II started with the invasion of Poland by Germany, followed by the Soviet Union invading Poland in accordance with the Molotov–Ribbentrop Pact. Around six million Polish citizens, including 90% of the country’s Jews, perished in the war.[17][18] In 1947, the Polish People’s Republic was established as a satellite state under Soviet influence.[19] In the aftermath of the Revolutions of 1989, most notably through the emergence of the Solidarity movement, Poland reestablished itself as a presidential democratic republic.

Poland has a developed market and is a regional power in Central Europe, with the largest stock exchange in the East-Central European zone.[20] It has the sixth largest economy by GDP (nominal) in the European Union[21] and the tenth largest in all of Europe. It’s one of the most dynamic economies in the world,[22] simultaneously achieving a very high rank on the Human Development Index.[23] Poland is a developed country,[24][25] which maintains a high-income economy[26] along with very high standards of living, life quality,[27] safety, education, and economic freedom.[28][29] Alongside a developed educational system, the state also provides free university education, social security, and a universal health caresystem.[30][31] The country has 16 UNESCO World Heritage Sites, 15 of which are cultural.[32]

Poland is a member state of the Schengen Area, the United Nations, NATO, the OECD, the Three Seas Initiative, the Visegrád Group, and guested at the G20. 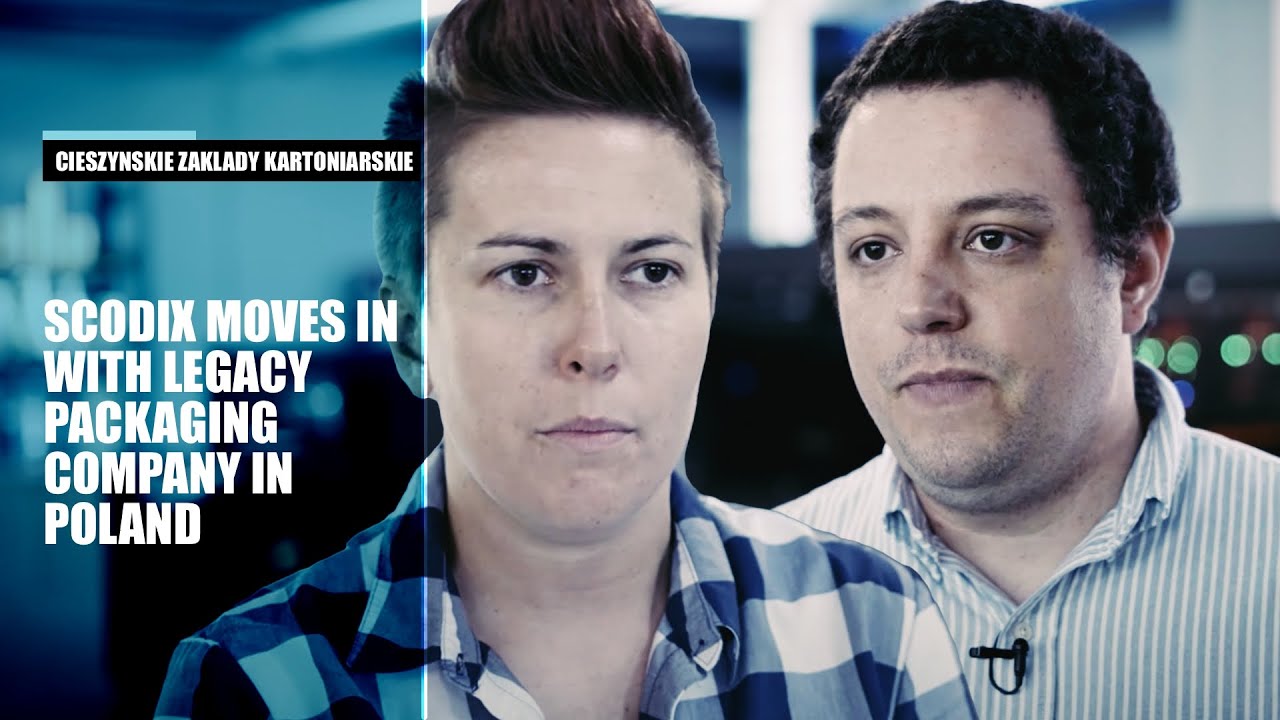 On the border between Poland and the Czech Republic, you find a divided city called Cieszyn (on the Polish side) and Cesky Tesin (on the Czech side). The city is divided by a river, and quite amazing to see how a city lives side by side yet being in two different countries. On the Polish side, we visited a printing company called Cieszynskie Zaklady Kartoniarskie, or easier for most to say, CZK. CZK has a fantastic history and has documents from both German occupations during the second world war and being part of the communist regime until its liberation. In this film, however, we are talking with Piotr Kulikowski and Anna Wnuk about how CZK, with a major investment, moved from being entirely analog to becoming a digital packaging company with a new HP Indigo 30000 press and the new Scodix solution! Always great to see how companies with investments create interest from new customers. Enjoy! 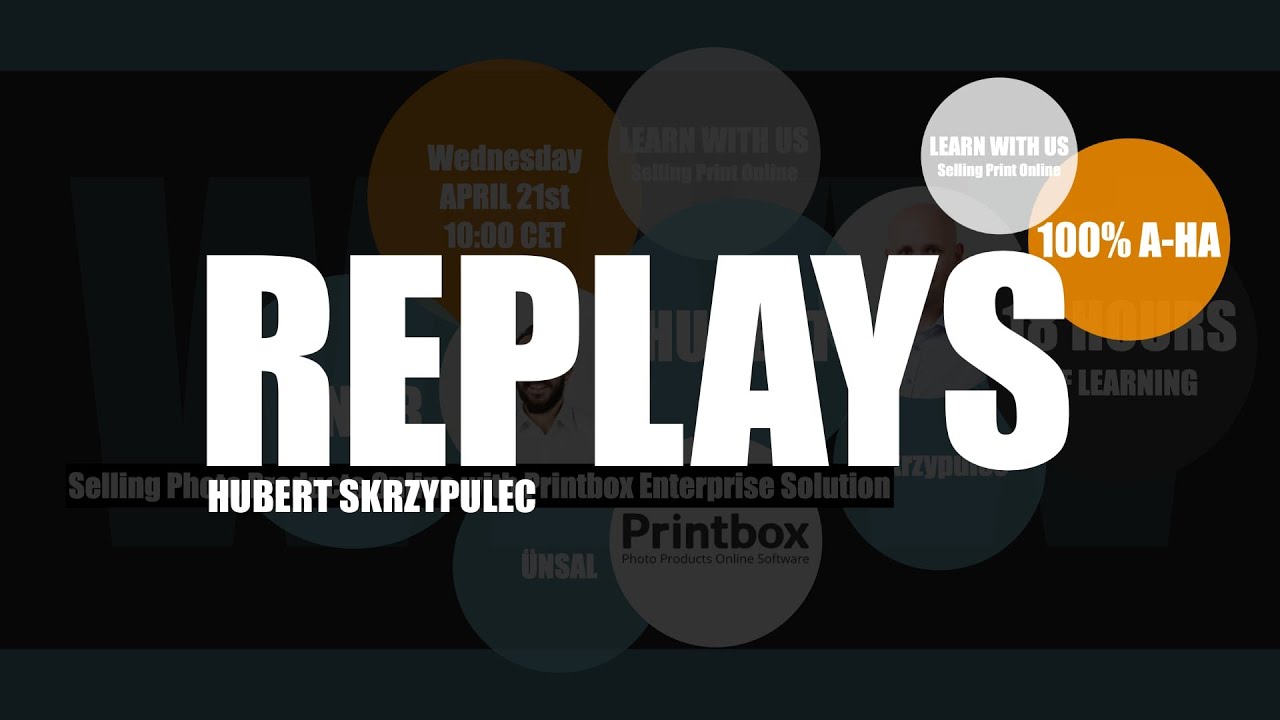 According to Market Research Future, the global photo printing market is going to touch a valuation of USD 26,113.0 bn by 2023, registering 12.3% CAGR. If you consider jumping into this fast-growing market, join our session to discover all elements needed to run a top-performing photo products store. During our live session, Hubert Skrzypulec and Onur Unsal are going to present: Smart Creation – algorithm-based photo selection and photo book creation 4 online editors for personalized photo products designs Buying paths and best practices for different products Best-selling merchandise and niche products supported by Printbox Products, product variation, and themes creation Pricing and discount management Useful integration examples Best use cases from our customers Join Printbox session to get a complete picture of our solution and to discover our customer's stories. Hubert Skrzypulec https://www.linkedin.com/in/hubertskrzypulec/ 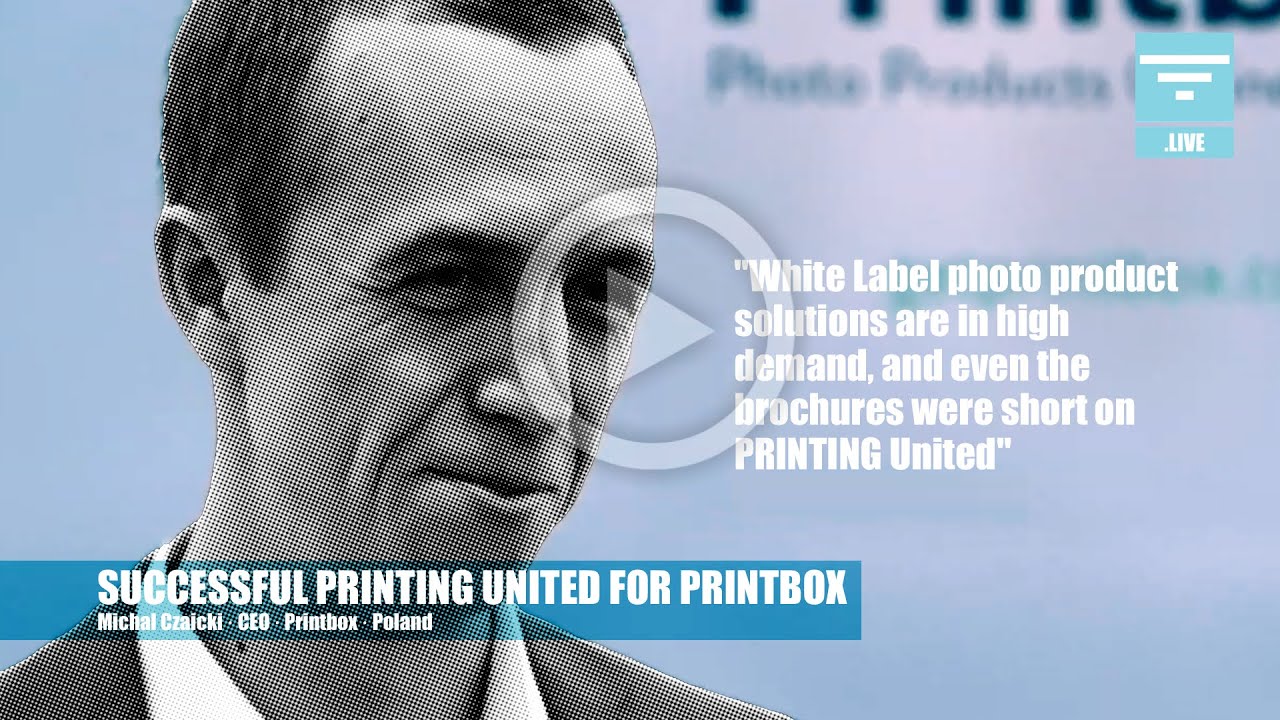 At PRINTING United 2019 INKISH broadcasted LIVE from various booths Friday 25th. It's always a challenge, but likely more a problem to be so successful that all leaflets and marketing materials were gone. We got a chance to talk to CEO Michał Czaicki from Printbox from the booth and here is the interview from what seems to be both a successful company appreciating a very successful tradeshow. Enjoy. 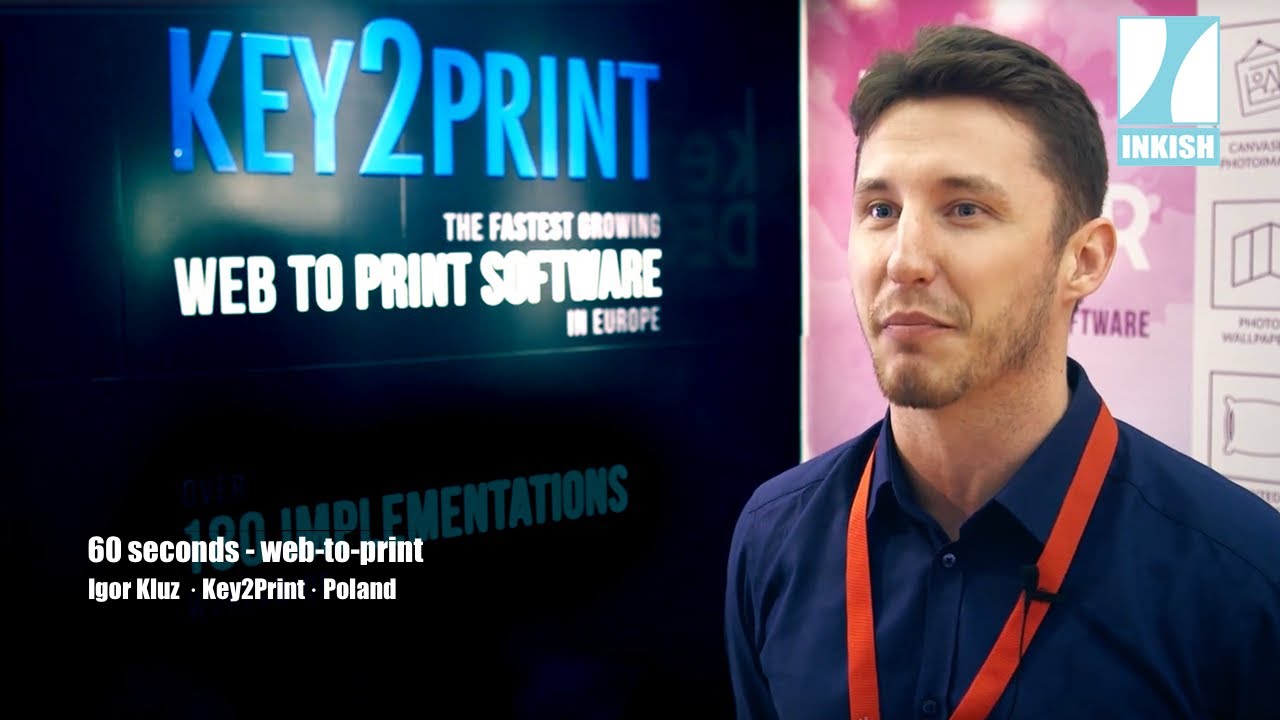 At DRUPA we asked web-to-print exhibitors in Hall 8A to tell in 60-seconds why to choose their specific web-to-print solution - In the following weeks, you will see for yourself. The first episode is with Igor Kluz from Key2Print.