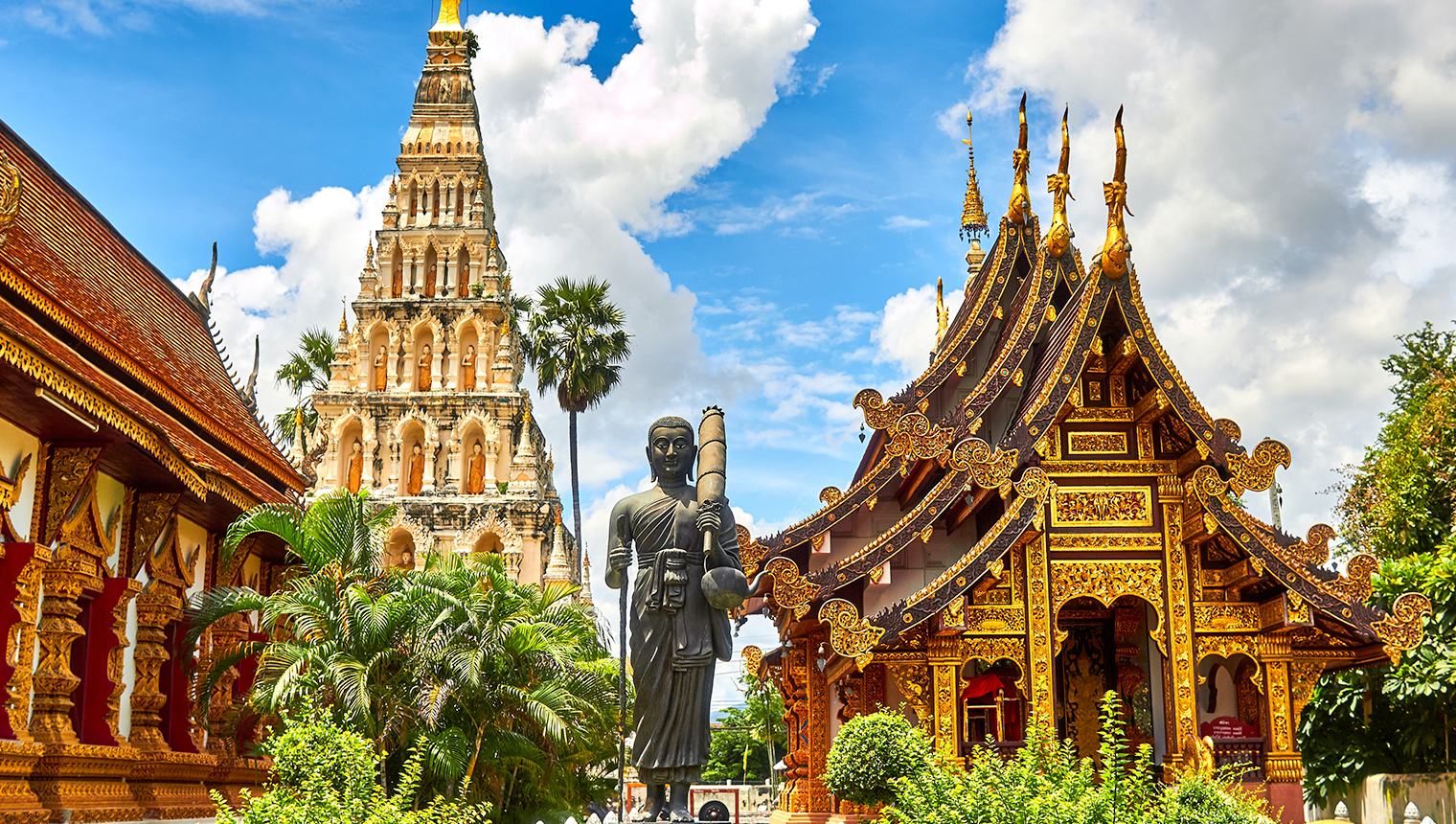 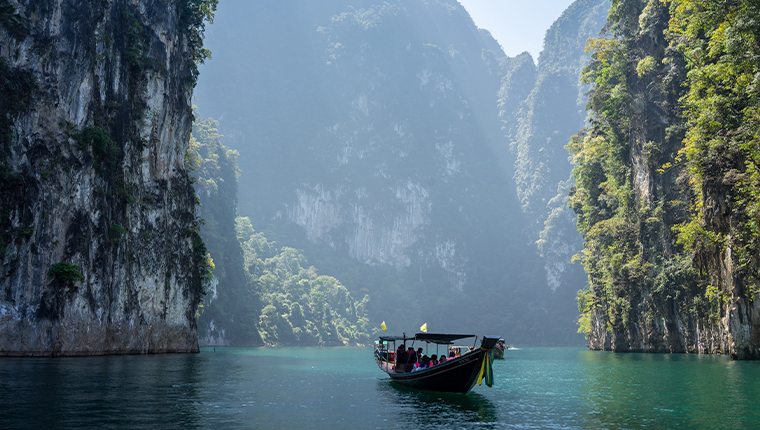 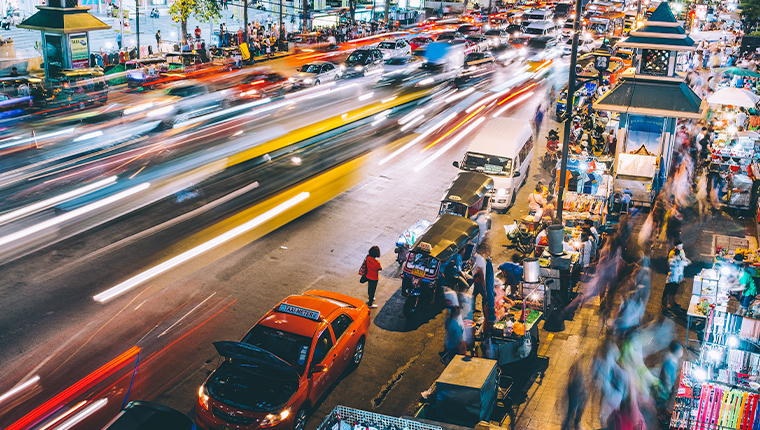 Thailand,[a] officially the Kingdom of Thailand and formerly known as Siam,[b] is a country at the centre of the Southeast Asian Indochinese Peninsula composed of 76 provinces. At 513,120 km2 (198,120 sq mi) and over 68 million people, Thailand is the world’s 50th-largest country by total area and the 21st-most-populous country. The capital and largest city is Bangkok, a special administrative area. Thailand is bordered to the north by Myanmar and Laos, to the east by Laos and Cambodia, to the south by the Gulf of Thailand and Malaysia, and to the west by the Andaman Sea and the southern extremity of Myanmar. Its maritime boundaries include Vietnam in the Gulf of Thailand to the southeast, and Indonesia and India on the Andaman Sea to the southwest. It is a unitary state. Although nominally the country is a constitutional monarchy and parliamentary democracy, the most recent coup, in 2014, established a de facto military dictatorship under a junta.

Tai peoples migrated from southwestern China to mainland Southeast Asia from the 11th century; the oldest known mention of their presence in the region by the exonym Siamesedates to the 12th century. Various Indianised kingdoms such as the Mon kingdoms, Khmer Empire and Malay states ruled the region, competing with Thai states such as the Kingdoms of Ngoenyang, Sukhothai, Lan Na and Ayutthaya, which rivalled each other. Documented European contact began in 1511 with a Portuguese diplomatic mission to Ayutthaya, now one of the great powers in the region. Ayutthaya reached its peak during cosmopolitan Narai‘s reign (1656–1688), gradually declining thereafter until being ultimately destroyed in the 1767 Burmese–Siamese War. Taksin (r. 1767–1782) quickly reunified the fragmented territory and established the short-lived Thonburi Kingdom. He was succeeded in 1782 by Buddha Yodfa Chulaloke (r. 1782–1809), the first monarch of the Chakri dynasty and founder of the Rattanakosin Kingdom, which lasted into the early 20th century.

Through the 18th and 19th centuries, Siam faced pressure from France and the United Kingdom, including forced concessions of territory; nevertheless, it remained the only Southeast Asian country to avoid direct Western rule. Following a bloodless revolution in 1932, Siam became a constitutional monarchy and changed its official name to “Thailand”. While it joined the Allies in World War I, Thailand was an Axis satellite in World War II. In the late 1950s, a military coup under Field Marshal Sarit Thanarat revived the monarchy’s historically influential role in politics. Thailand became a major ally of the United States, and played a key anti-communist role in the region as a member of the Southeast Asia Treaty Organization (SEATO). Apart from a brief period of parliamentary democracy in the mid-1970s, Thailand has periodically alternated between democracy and military rule. In 2013, Thailand endured a political crisis that culminated in two coups and the establishment of its current and 20th constitution by a military junta.

Thailand is a founding member of the Association of Southeast Asian Nations (ASEAN) and remains a major ally of the US.[13][14] Despite comparatively sporadic changes in leadership, it is considered a regional power in Southeast Asia and a middle power in global affairs.[15] With a high level of human development, the second-largest economy in Southeast Asia, and the 20th-largest by PPP, Thailand is classified as a newly industrialized economy; manufacturing, agriculture, and tourism are leading sectors of the economy.[16][17] 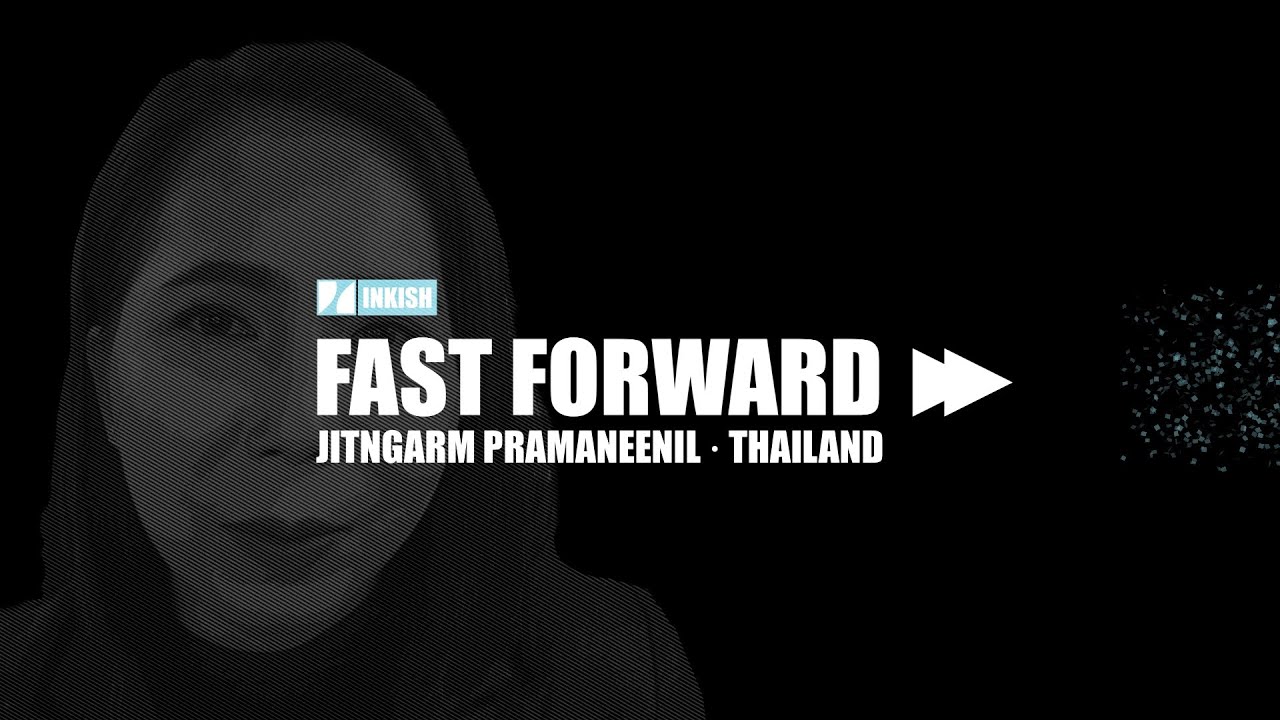 Look back at March 2020. When the Covid-19 started in Thailand. I became tutor and speaker. One picture that I remember really well is: I was helping her who spoke to me. It made me know that other industries have troubles. And that Covid-19 hurts many businesses. This was the starting point for making the Printery Podcast. I interview a person in the printing business about how they solve their problems in the pandemic. Large format printing communication to set the hygiene in the hospital. And suggest this type of communications for the doctor. And sharing knowledge communication. I think like many people who say that printing is essential too in the crisis. Printing can deliver solutions quickly in the pandemic. I am thinking that print is essential in the crisis when the technology sector has grown. And there are more and more innovations. Printing - there will be more printing. Diverse, modern - it works. And printing is also a part of other businesses and people. My name is Jitngarm Pramaneenil. I live in Thailand. I am a podcaster at printery podcast. https://www.linkedin.com/in/jitngarm-pramaneenil-641584137/