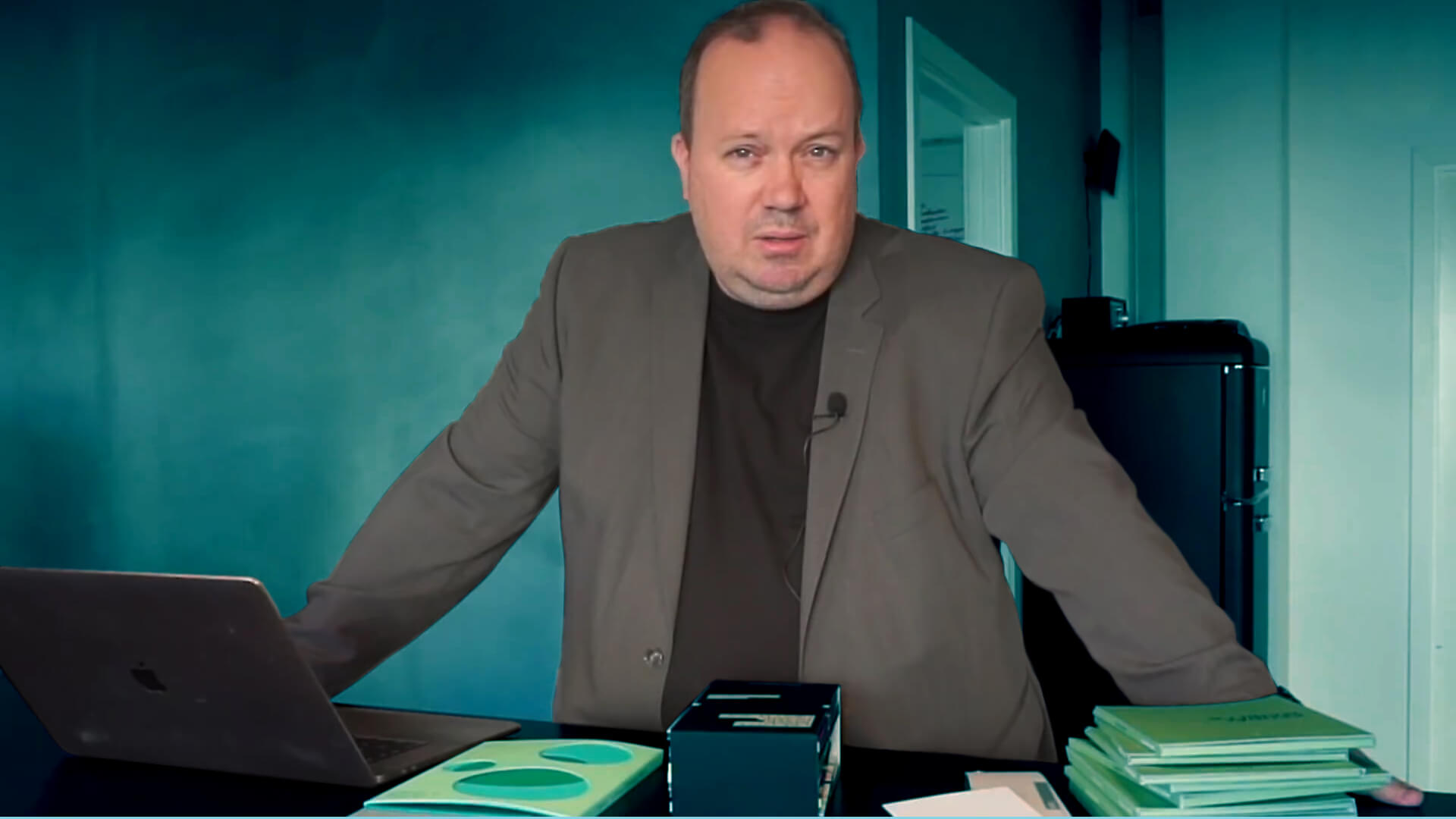 Paper is one of the most commoditized products in the printing industry – however, if the industry is going to make more money maybe printers should shift focus from commodity paper to special- and branded- paper much more than now. We at INKISH believe that an increased focus on paper can be both profitable and also bring higher value to our customers.

This is our first time we do an episode like this – ok satisfied, room for improvement – feel free to comment and suggest.

We are now here at the Inkish headquarter. And today’s topic is about paper. Actually, we’re going to talk a little bit today about the influences in who is deciding what paper to use. As you can see here, I have put a few paper collections here. And the paper collections is typically the collections that I made from the mills, or the factories that makes the paper.

Here is from a British company called James Cropper. Here is something from Papyrus, a merchant. And here is a quite nice display of some paper, some colored paper. And we have also some from Atalis here. I’m showcasing some of their printed product. I will not go so much into details about that. So one of the things that we have to have in mind when we talk about who’s influencing the purchasing of paper, is of course the mills. They spend a lot of resources, and actually are doing quite nice collections of paper. However, if these collections don’t come to the decision makers, and the brand owners, this of course doesn’t influence the purchasing. So the merchants are the ones that are taking the production from the mills to the markets. So when Antalis is doing nice collections like this, or Papyrus is doing a luna paper, then of course it influences.

But see, the merchants they sell to printers for the majority. So this is influencing the printers, primarily, I think. And then some of the paper merchants also try to influence the brand owners since they send out this kind of information and do parties. We have on Inkish, maybe you’ve seen that film from Sweden, where Micael Bindefeld from Stockholm is showcasing some of his 1,500 invitations. Gorgeous, made on paper, and printed with the most sophisticated types of print. But the problem is that when you ask, actually, the printer about customers, most customers they don’t really know so much about paper and the problem we for sure know about is that most of the inquiries sent from the customers to the printers are non-branded. It’s more like archetypes. Like, okay, do we need to have a matte coated paper, or gloss coated paper, or uncoated paper.

So this is something where we, as a print industry, probably can influence much more than we probably do today. I know, of course, that some printers are spending a lot of time and understanding the value of paper and also how that can bring value to the customer’s brand and things like that. But there’s more to it. Because media is, of course, also, a part in this game. Though I was told that video is not good media for paper, I’m not sure about if that’s true because if you look at this one here, though it’s not very easy to see and touch and feel, you still get an idea on what this is. If you look at the James Cropper they have, for example, a paper line called Coffee, which is actually made of used coffee cups. A brilliant way to make recycling. There’s a story to that product, and that can be sold if you want to do that.

So this is, for me, it’s more like a question of how do we get that message across, basically. The media for example, in the printing industry. For example, here in Denmark where we are from, Antalis is the sponsor of the paper from the Trade Associations. So the Federation of Printer’s Magazine. And they have new papers every time. But you know, again, I don’t know how many of the printers actually take that magazine and show it to the customers. Because that was where I was thinking that maybe the most important influencer of print is to show something that is already made. And the problem is that if we use more and more commodity print, and more and more commodity paper with no branding on the paper maybe customers will not be able to see all these nice kind of papers that you find around.

Social media, video, and designers are, in my opinion, maybe some of the most important influences. And if you look at, for example, Sabine Lenz from PaperSpecs in the U.S. she’s originally from Germany. If you look at what they do, they have in my opinion, I think they have done a tremendous job. They have a nice website. They have a nice newsletter. They have a nice web presence. And they spend an awful lot of time finding customers who have made brilliant print and using paper and it creates a way to actually make sure that that can be used to inspire the industry. And the way they influence is basically sending out that information to subscribers of their services and that is, as far as I can see from their website, mainly brand owners, designers, and people who are working with design and therefore using paper as an active part of that decision process.

Also, even though that is not 100% only based on paper, if you look at women like Trish Witkowski from Fold Factory. Though she’s focusing on foldings and also supporting her own business selling these foldings, I’m pretty sure that the creativity that she puts into the presentation of the foldings and the paper is a huge influence in people’s choice and understanding of the value of paper.

And I would say there’s actually quite a few websites around where they spent … One of my favorite websites, which is not for paper specifically, but for design. And actually to showcase also what you can use paper for is a French website in English called Fubiz. There’s also Design and Paper. There’s a few other websites that I think really stick out and showcases some really really nice things.

One of the reasons why we are focusing so much on paper, and we have a focus on the theme this month, but the reason why we’re interested in talking about paper is it is such a tremendously important part of the printed project, print product. Because if you look at it, we talk about embellishments. We talk about foldings. We talk about a lot of different ways of actually making print stunning. And if you just take your whatever digital printer you have and actually use that for whatever kind of printed product then you will have something that is very similar from one supplier to another supplier. Or one printer to another printer. And if you don’t have a Scodix, or an MGI Jet Varnish,  or an Argos coater and you want to do embellishment, you have to take it either in an analog process or you have to buy it from outside, which is a time consuming and expensive way of doing it.

Maybe your customers will see a differentiation if you are able to find paper that supports the brand. And you have another advantage when you do that. Because if your customers are looking for prices on the Internet, they get commodity paper. They get, for the majority, they get a non-branded paper. And by using branded paper, then you can differentiate. Not just in the quality of your final product, but you can also use that as part of a differentiation. And in that case, I believe that actually some of your customers will appreciate that you actually have something that is really nice, even though it’s printed on similar equipment as all your competitors in the market has.

So this is the word for now. Please take a look at some of the films, and some of the websites that we are referring to in this video. I’m sure that you can find inspiration, and stay tuned. Thank you. 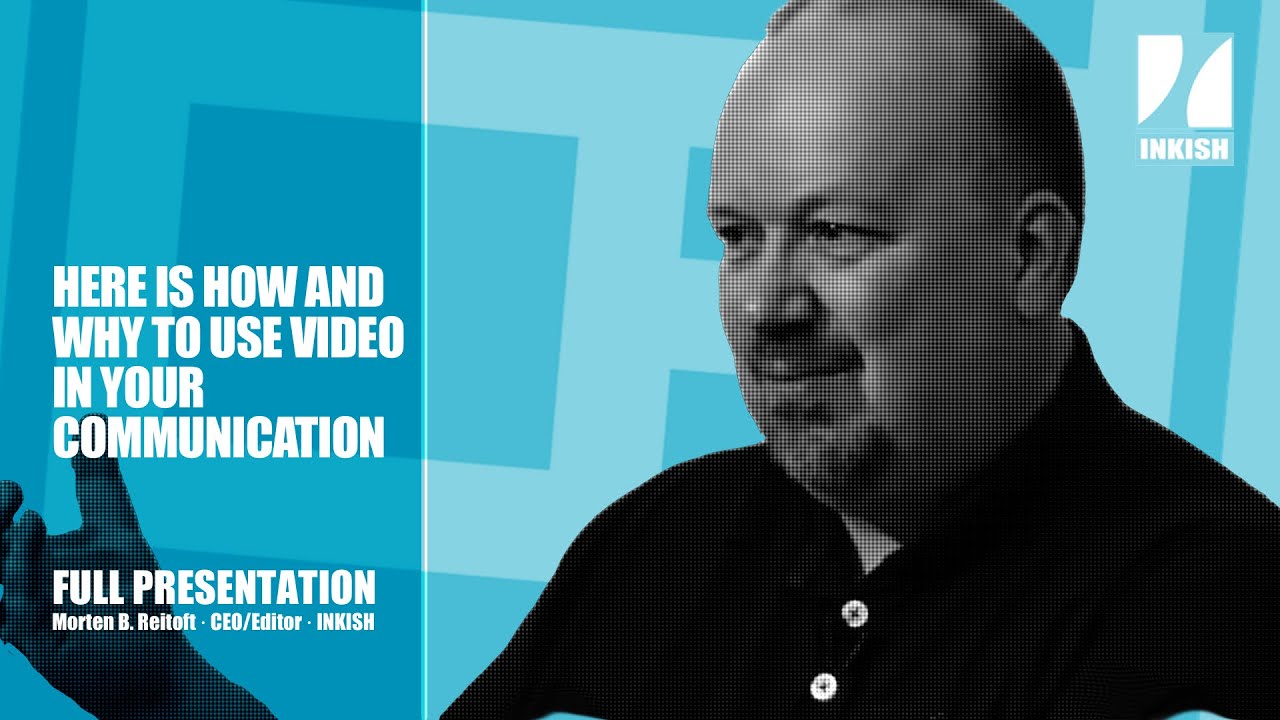 Full Presentation: Why and how to use video i... 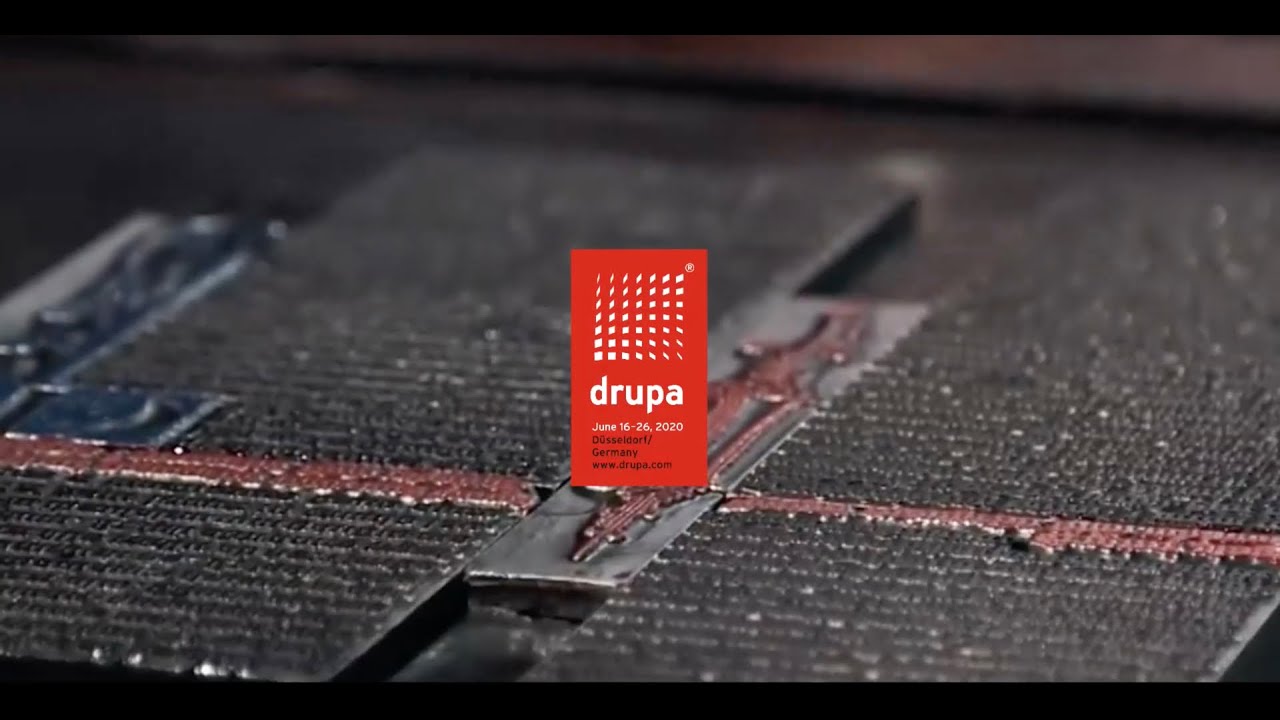 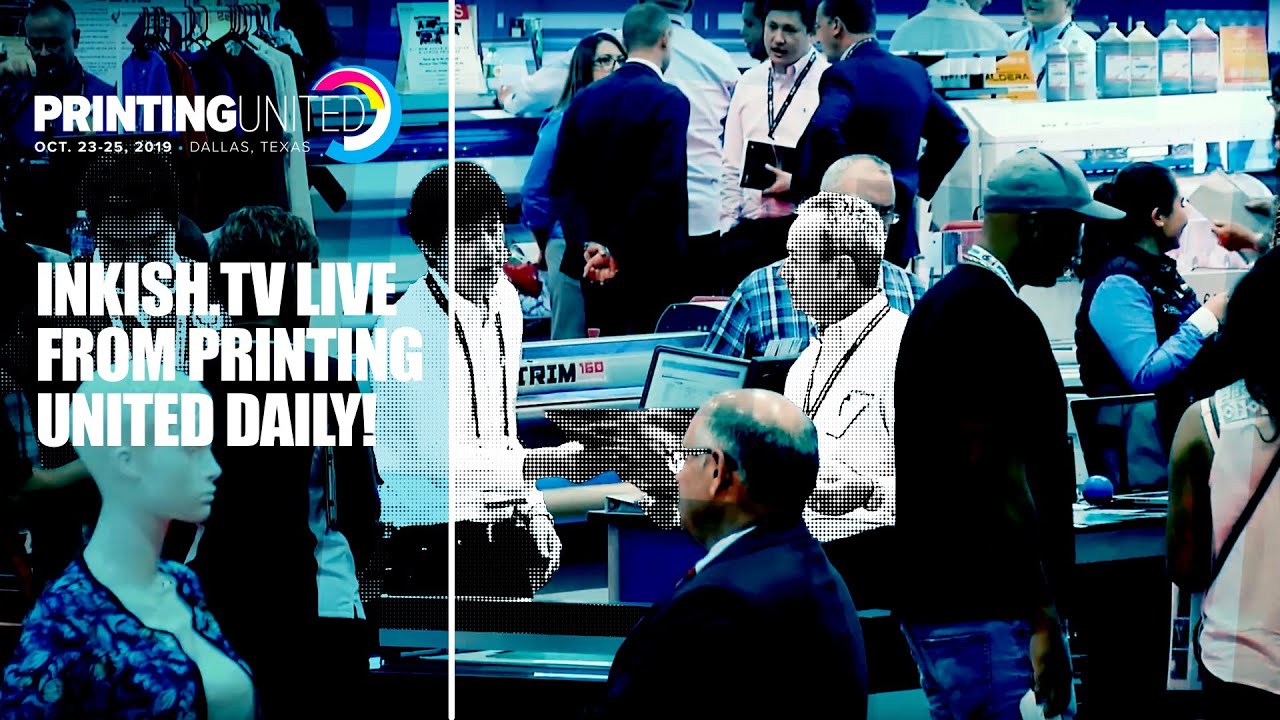 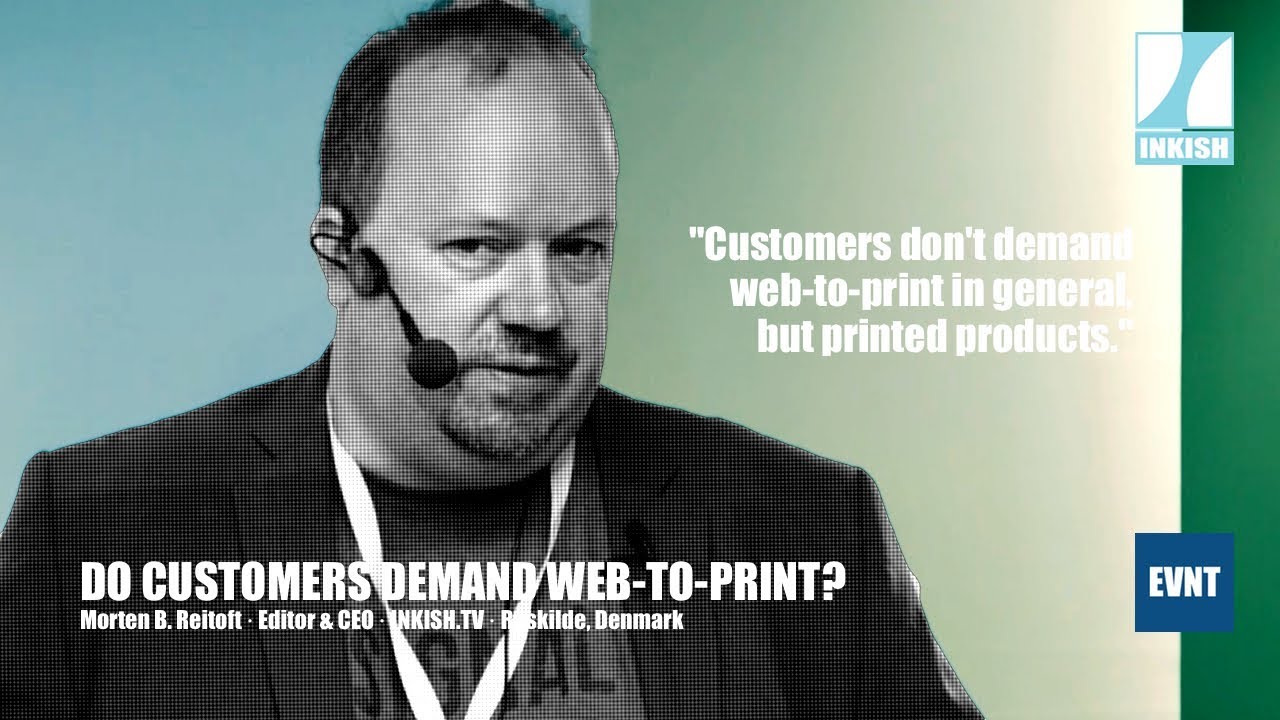 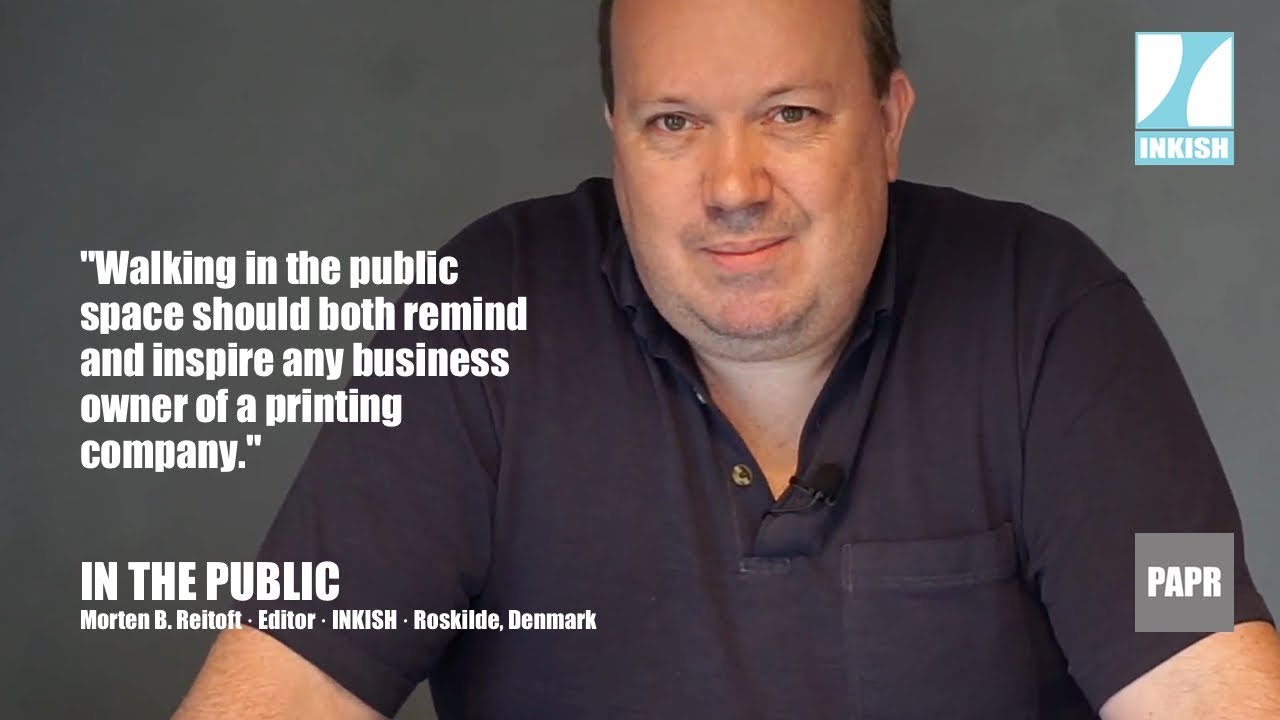 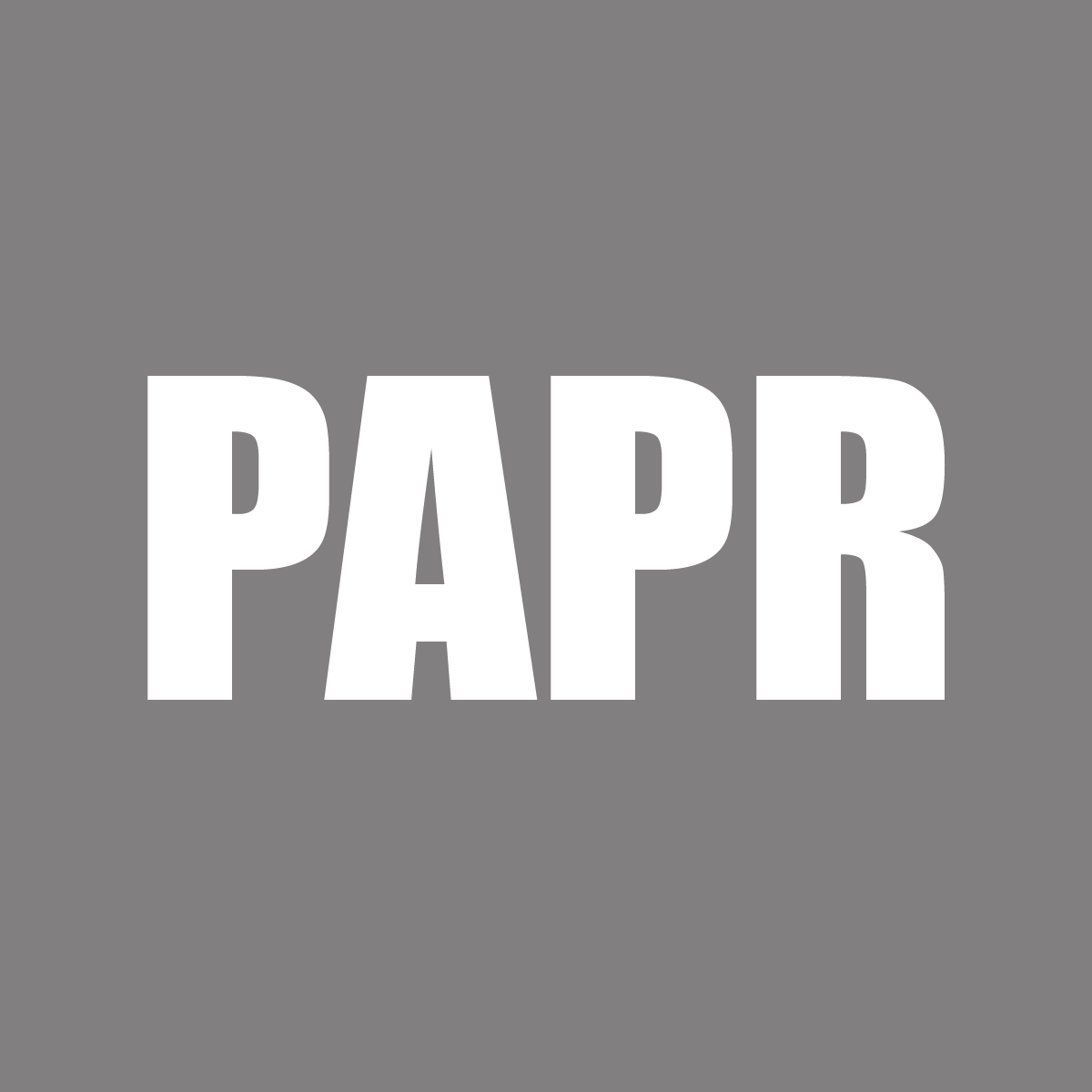 Canon Solutions America takes us along with their amazing technology to the kitchen, and what's not to like? Food, Print, and good company? Seeing is believing, and with Project Peacock Network, Deborah Corn and PrintMediaCentr.com now deliver printspiration to a far larger audience by filming great-looking films (by us, of course) and great stories. Find inspiration and use print to grow your business. We are very happy to be part of this project. For show notes, please visit www.projectpeacock.tv ©2022 Print Media Centr in collaboration wit INKISH.