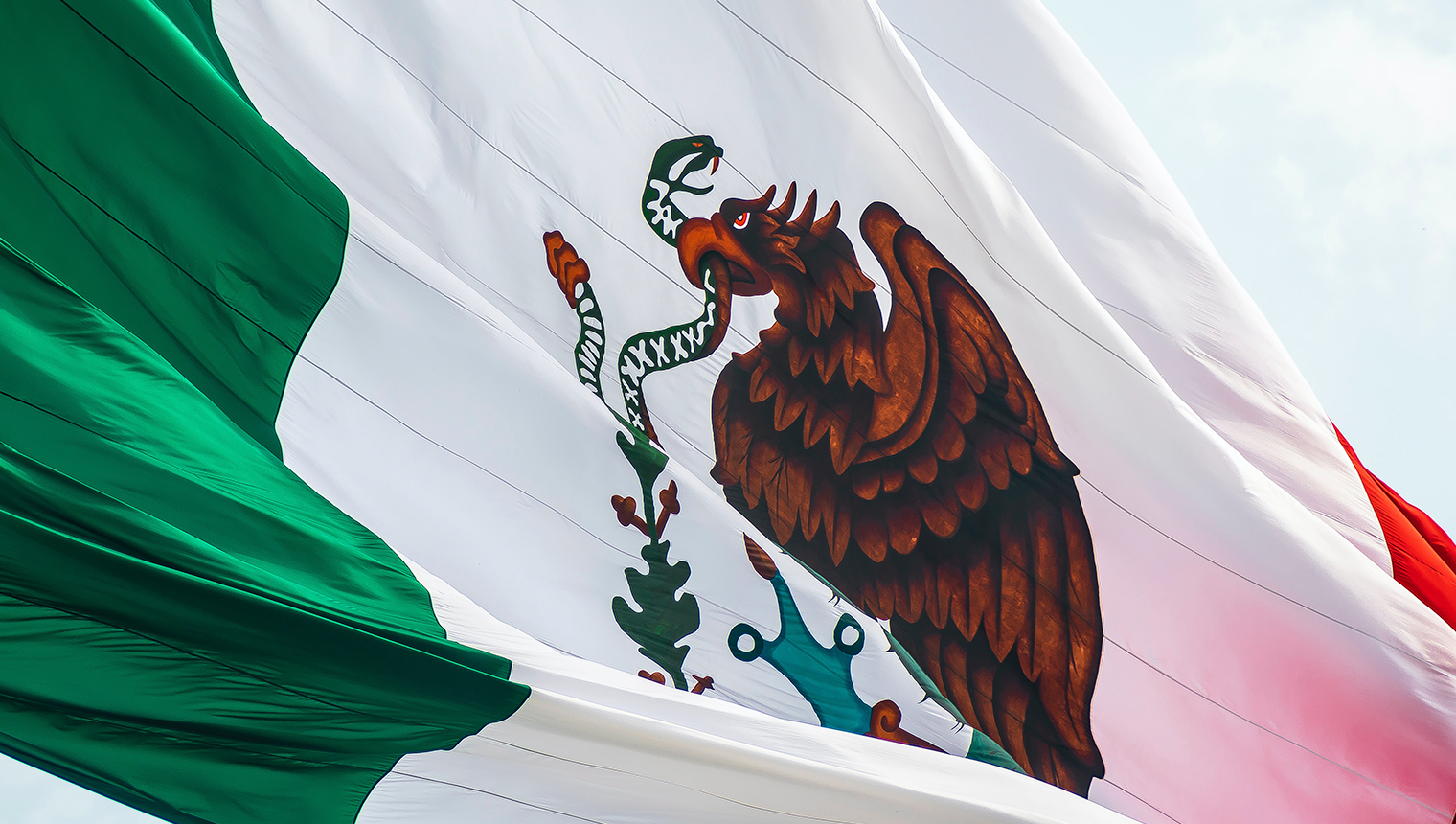 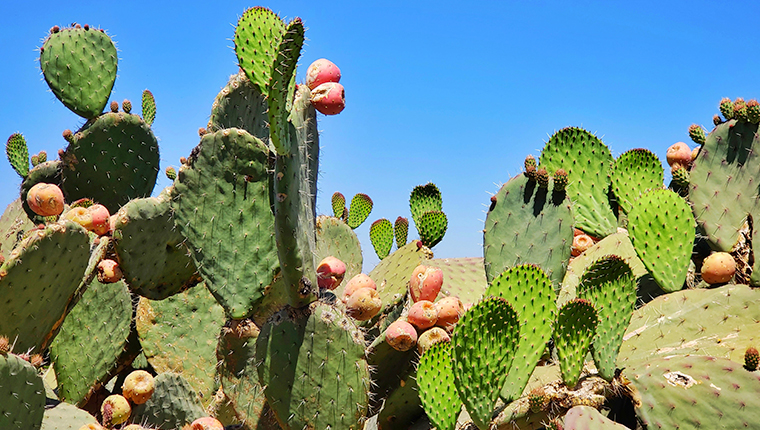 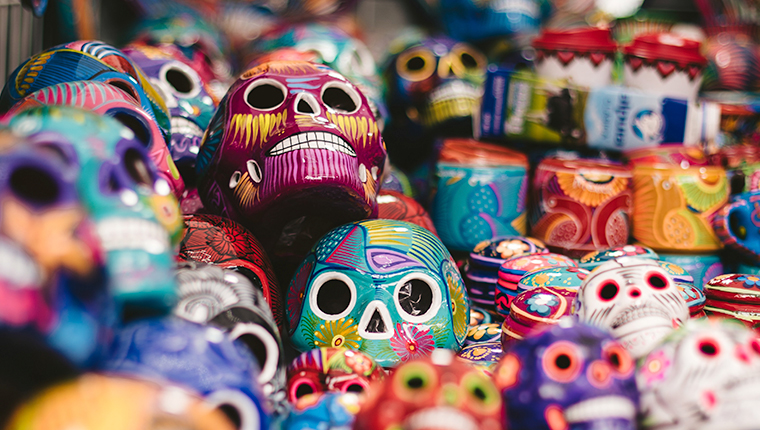 listen), lit. Mexican United States), is a country in the southern portion of North America. It is bordered to the north by the United States; to the south and west by the Pacific Ocean; to the southeast by Guatemala, Belize, and the Caribbean Sea; and to the east by the Gulf of Mexico.[14] Covering almost 2,000,000 square kilometers (770,000 sq mi),[13] Mexico is the 13th-largest country in the world. With an estimated population of over 129 million people,[15] Mexico is the tenth-most populous country and the most populous Spanish-speaking country in the world, while being the second most populous nation in Latin America after Brazil.[15] Mexico is a federation comprising 31 states plus Mexico City (CDMX),[16] which is the capital city and its most populous city. Other metropolises in the country include Guadalajara, Monterrey, Puebla, Toluca, Tijuana, Ciudad Juárez, and León.[17]

Pre-Columbian Mexico dates to about 8000 BC and is identified as one of six cradles of civilization[18] and was home to many advanced Mesoamerican civilizations such as the Olmec, Toltec, Teotihuacan, Zapotec, Maya, and Aztec before first contact with Europeans. In 1521, the Spanish Empire conquered and colonized the territory from its politically powerful base in Mexico City, which was administered as the viceroyalty of New Spain. Castiliian Spanish was the language of the rulers, although indigenous languages continue to be spoken to this day. Roman Catholicism was the only permitted religion; the Catholic Church played a powerful role in ruling the country as millions of indigenous inhabitants were converted to the faith. Dense indigenous populations that could be mobilized to work and the discovery of rich deposits of silver in the north turned the colony into a major source of wealth for the Spanish Empire. The crown established a standing military only in the late eighteenth century, due to external threats, not internal disorder. The institutional military was a path to upward mobility for North American-born Spaniards. The royal army was fought volunteer insurgent forces to a stalemate after a decade of armed conflict. Only when a royal military officer-turned insurgent, Agustín Iturbide, joined with insurgent leader Vicente Guerrero was independence achieved.[19] The territory became a nation state following the crown’s recognition in 1821 after the Mexican War of Independence.[20]

The post-independence period was tumultuous, characterized by a weak Mexican state, strong, conservative Catholic Church, the intervention of the military in politics, economic inequality, and political conflicts between Conservatives, supported by the wealthy and the military, and Liberals. The Mexican military under Antonio López de Santa Anna was ineffective in the War of Texas Independence in 1836 and the Mexican–American War (1846–1848), which led to huge territorial loss in Mexico’s sparsely populated north, contiguous to the United States. With the loss of those wars, Mexican Liberals ousted Santa Anna and the Conservatives, and instituted reforms that curtailed the power the military, the economic power of the church, and protections of indigenous communities, seeking to create a path toward a modern nation-state of which were enshrined in the Constitution of 1857. Conservatives rebelled and for three years (1858–61) the War of the Reform was fought, with the Conservative army defeated on the battle field. Conservatives sought external allies and invited the French Emperor Napoleon III to aid the political cause of Conservatives. The French invaded, and set up Maximilian Hapsburg as emperor; the head of the Mexican republic, Benito Juárez, kept a government in exile. With the end of the U.S. Civil War in 1865, military aid from the United States flowed to the defenders of the republic; the French withdrew their support of the Mexican monarchy. Conservatives were defeated and discredited. The Restored Republic (1867–76) was a brief period of civilian rule, which ended with the coup d’état of Liberal Army General Porfirio Díaz in 1876. During the thirty-year Díaz presidency, his authoritarian rule sought “order and progress.” Mexico invited foreign entrepreneurs to invest in modernizing Mexico, building a railway network, investing in commercial agriculture on vast landed estates, and developing extractive and manufacturing industries.[20] The Porfiriato ended with the Mexican Revolution in 1910, which was won by the northern Constitutionalist faction. They drafted a new 1917 Constitution that built on the 1857 Constitution’s anticlerical provisions, and empowered the Mexican state to expropriate resources if they were deemed in the national interest. Revolutionary generals of the winning northern faction dominated the 1920s and served became presidents of Mexico, but the 1928 assassination of former general and President-elect Alvaro Obregón led to the formation of the Partido Nacional Revolucionario in 1929 (now the Institutional Revolutionary Party or PRI), which continuously held the presidency until 2000, essentially a one-party state.[21][22][23][24] Revolutionary generals who served as presidents of Mexico in the 1920s and 1930s systematically curtained the power of the military and civilian control has meant the military is no longer a political factor, in contrast to elsewhere in Latin America.[25][26] Opposition victories led Mexico to democratic transition in the 1990s.[27][28][29][30] Since 2006, there is a serious conflict between the Mexican government and various drug trafficking syndicates that lead to over 120,000 deaths[31]

Mexico has the world’s fifteenth-largest economy by nominal GDP, and the eleventh-largest by PPP. The Mexican economy is strongly linked to those of its 1994 North American Free Trade Agreement (NAFTA) partners, especially the United States.[32][33] In 1994, Mexico became the first Latin American member of the OECD. It is classified as an upper-middle income country by the World Bank[34] and a newly industrialized country by several analysts.[35][36][37][38] The country is considered both a regional power and a middle power,[39][40][41][42] and is often identified as an emerging global power.[43] Due to its rich culture and history, Mexico ranks first in the Americas and seventh in the world for number of UNESCO World Heritage Sites.[44][45][46] Mexico is an ecologically megadiverse country, ranking fifth in the world for its biodiversity.[47] Mexico receives a huge number of tourists every year: in 2018, it was the sixth most-visited country in the world, with 39 million international arrivals.[48] Mexico is a member of the United Nations (UN), the World Trade Organization(WTO), the G8+5, the G20, the Uniting for Consensus group of the UN, and the Pacific Alliance trade bloc. 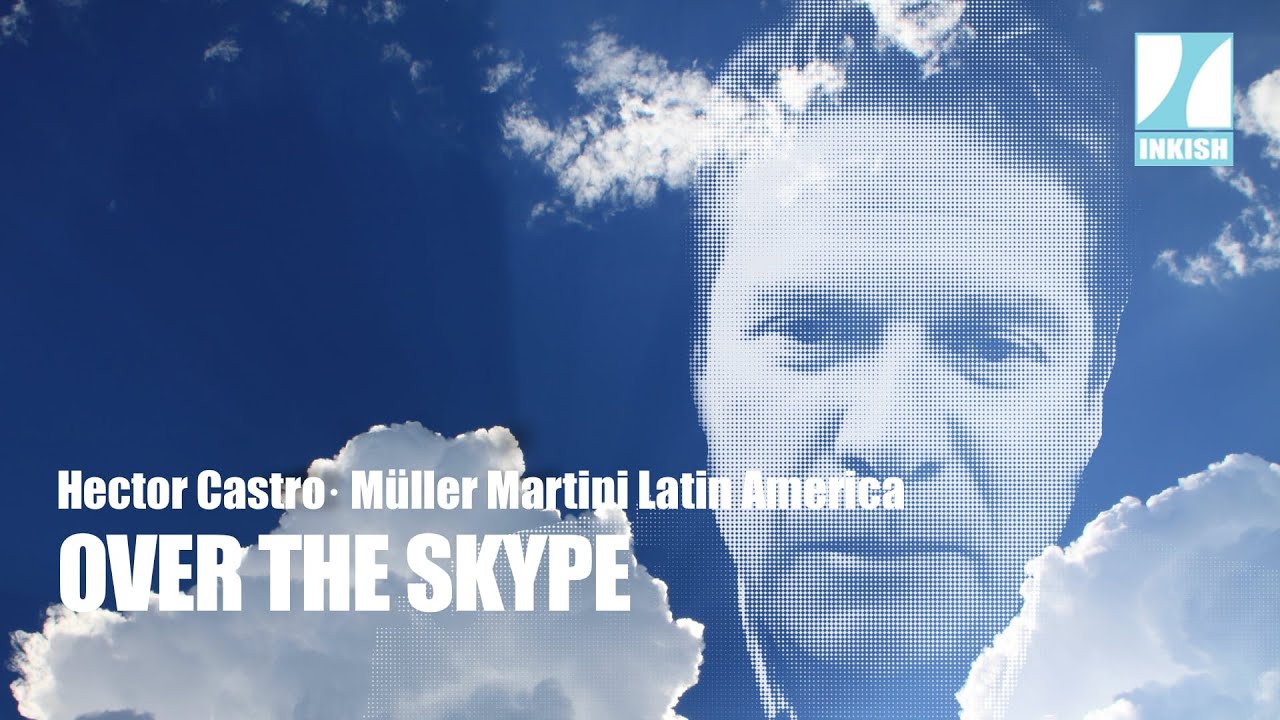 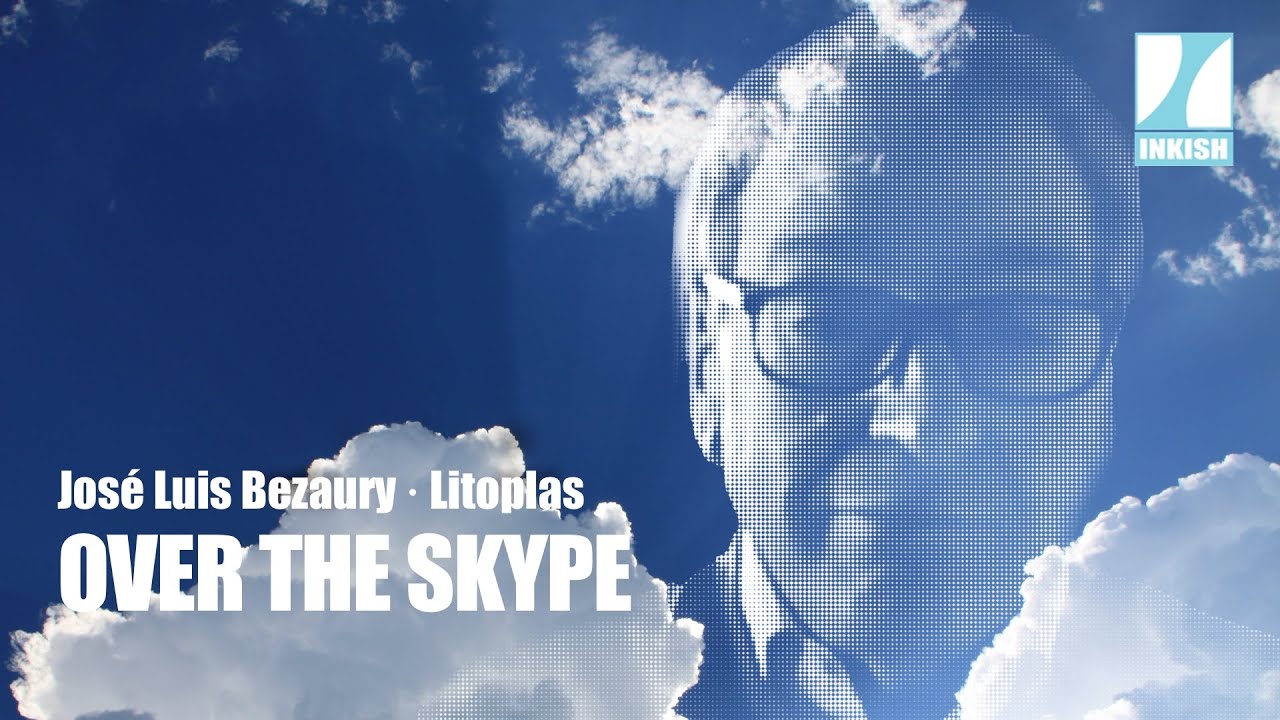 In this "Over the Skype" we talked to José Luis Bezaury, Managing Director of Litoplas, who tells us about the wide portfolio of solutions he offers in labels and packaging, as well as what has been the success factor of his company in 25 years of experience. En este "Over the Skype" entrevistamos a José Luis Bezaury, director general de Litoplas, quien nos habla acerca del amplio portafolio de soluciones que ofrece en etiquetas y empaques, así como cuál ha sido el factor de éxito de su empresa en 25 años de trayectoria. 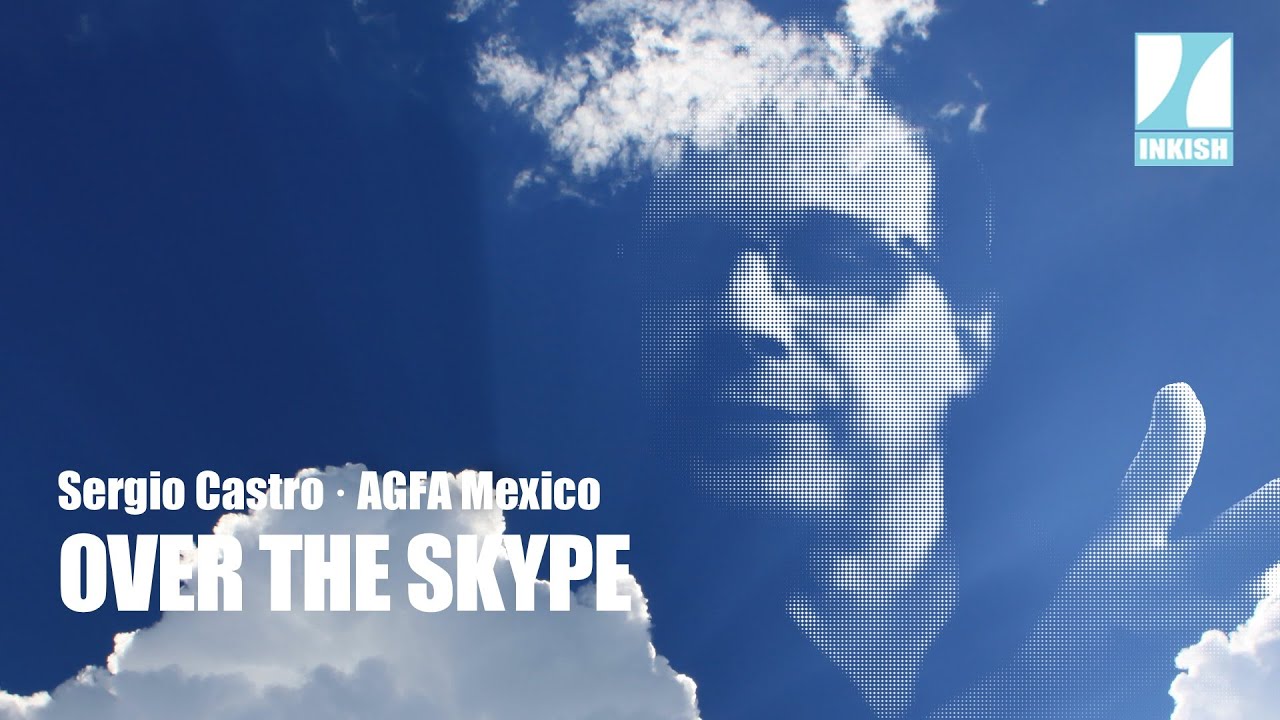 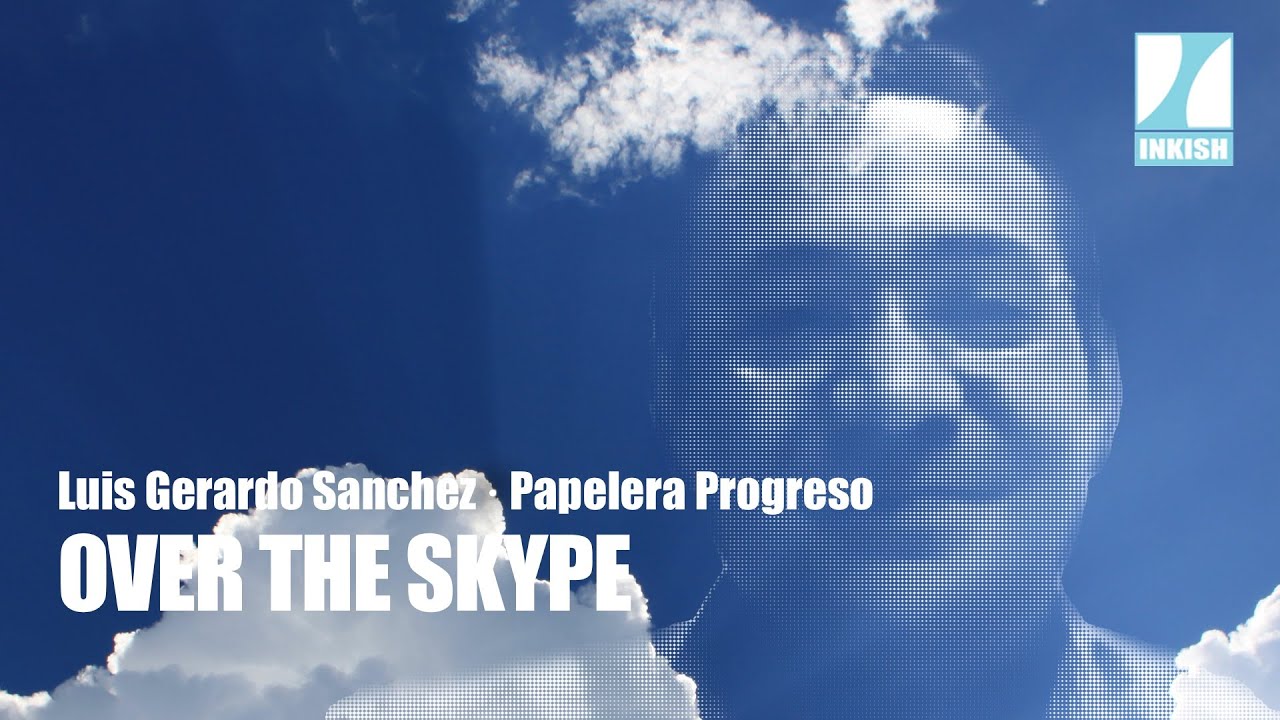 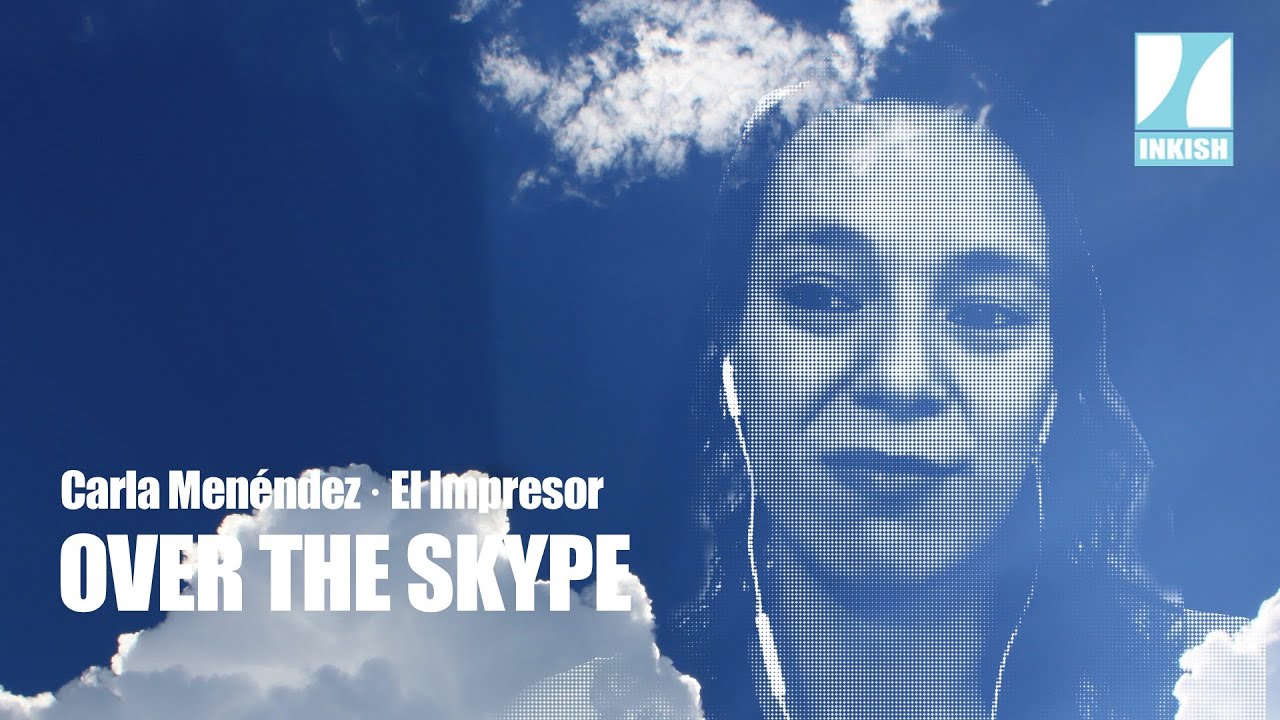 This session of 'Over the Skype' I am particularly excited about since this a chat with our new INKISH Mexico Country Manager Carla Menéndez. Carla is the General Manager of the media group El Impresor, which is both several websites as well as a magazine with 50.000+ readers. In this, Over the Skype, we get a chance to talk about the Mexican market and of course a lot of other exciting things. El Impresor was founded by Carla's grandfather, who is 93 and still active in the company. INKISH Mexico will, of course, produce the same high quality of films as you already know, but in Spanish. We can't wait - welcome Carla to you and the entire team! As with all our ‘Over the Skype’ interviews, quality is limited to bandwidth, web-cams, and ability to literally LIVE mix the conversations. However, it works, and with Over the Skype, we will bring you more than 20 exciting people, and angles on the industry as it is right now. Enjoy!