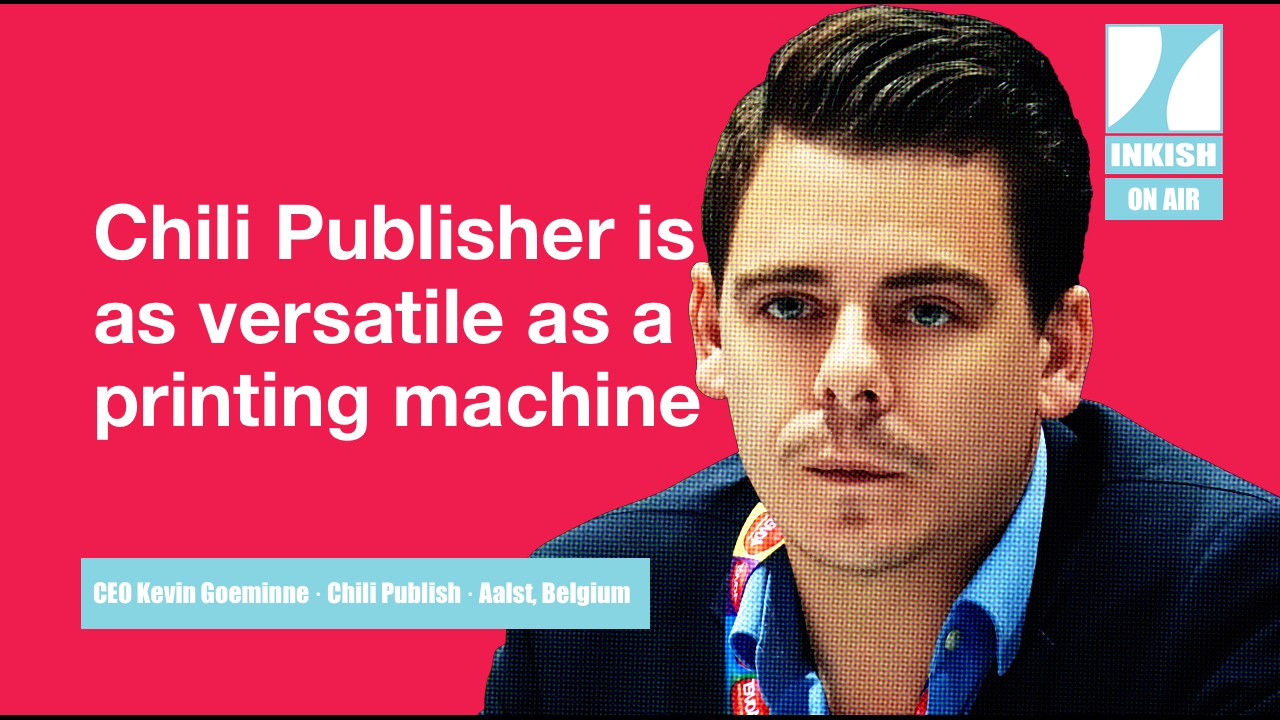 Chili Publish is the company behind Chili Publisher which for years have been the locomotive and Rolls Royce in the web-to-print industry. We at INKISH.TV was so lucky to catch up with CEO Kevin Goeminne at GraphExpo in Orlando. Great company – both Kevin and Chili Publish, so enjoy our episode.

The name of your company is Chili Publish. Is that something to do with spicy food?

No. I mean, this question keeps going over and over. I’ll tell you the honest story. It’s basically, our first original name of Chili was Flagyl Torch. Now, Flagyl Torch, nobody knows how to write that. So, three days before we incorporate it, we still didn’t have a proper name. So, we just had the three of us. Okay, by tomorrow you write down three names. One of my colleagues wrote down, you know, ‘Chili’, and we added publish, and the domain name was free, so that’s how Chili Publish was born. What’s important with a brand name is that you can create interesting branding around it that works in different languages, you know. I think that’s the most important if you try to be intentional brand.

What does your company do? And what is Chili Publisher?

So, Chili Publish is the name of a company. Chili Publisher is our first product, which is an online document editor. So, it basically allows you to edit, visualize, restrict any kind of graphical document online in a browser. It’s very integratable, so it’s a very open API, and you can create any kind of solution with it. It could be web2print, it could be marketing collateral system, could be translation workflow, could be integration of your PIM or DAM solution, does not really matter. Anywhere, where you need a high-end graphical document, that’s where Chili Publish can be fitted in. And now, we also have Chili rendro, which is a new product that we announced at Drupa, which is an online pdf viewer of native HTML5, and it’s an SDK that developers can integrate.

Who would be your typical client for Chili Publisher?

This is probably why sometimes it gets hard in the market to understand where we fit, because we fit in so many verticals. Again, the common denominator is the fact that it’s a graphical document. So, as long as you need a graphical document. So, most of the verticals that we work in is commercial printers, brand owners and packaging, sign and display agencies, but even web developers that want to create their own, you know, photo book application or yearbook application, they’re a prime candidate for a solution like Chili.

How is business developing?

Good, good. I mean, over the past six years, we have an average growth of twenty-nine percent, and we’re striving to go do that every year, year-on-year.

Your office is in Brussels?

And is that because you see yourself as a global player?

Why is choosing Chili Publisher good if you operate with different verticals?

Well, just actually the reason of the verticals – because today a printer, you know, every six months or every year, he has to reinvent themselves. So, I think it’s really hard today to buy a – Look at the presses. Today you buy a press because you know it’s versatile. So, you can do different finishing options with it, you can upscale it, you can, you know, you can put other machines together with it, because you don’t know what you’re going to do tomorrow. It’s the same with Chili Publisher. Today, you might be doing, you know, direct mail pieces, but tomorrow you might want to get into the label business or the packaging business. With Chili Publisher, with the same technology, you could easily do that. So, depending on the type of customers that you’re going to acquire over the next months or years, you can actually still go a different direction with Chili Publisher, as long as there are graphical document in there somewhere.

Interesting. I mean, it’s a bit exciting. We had, yesterday, you know, on Sunday we had a decent day for a Sunday. So, I’m really excited to see what Orlando brings. I think it – Hopefully, we’ll attract some South American prospects which would be interesting. But, we’ll see, you know. It’s our first time in Orlando, so – The weather is great. 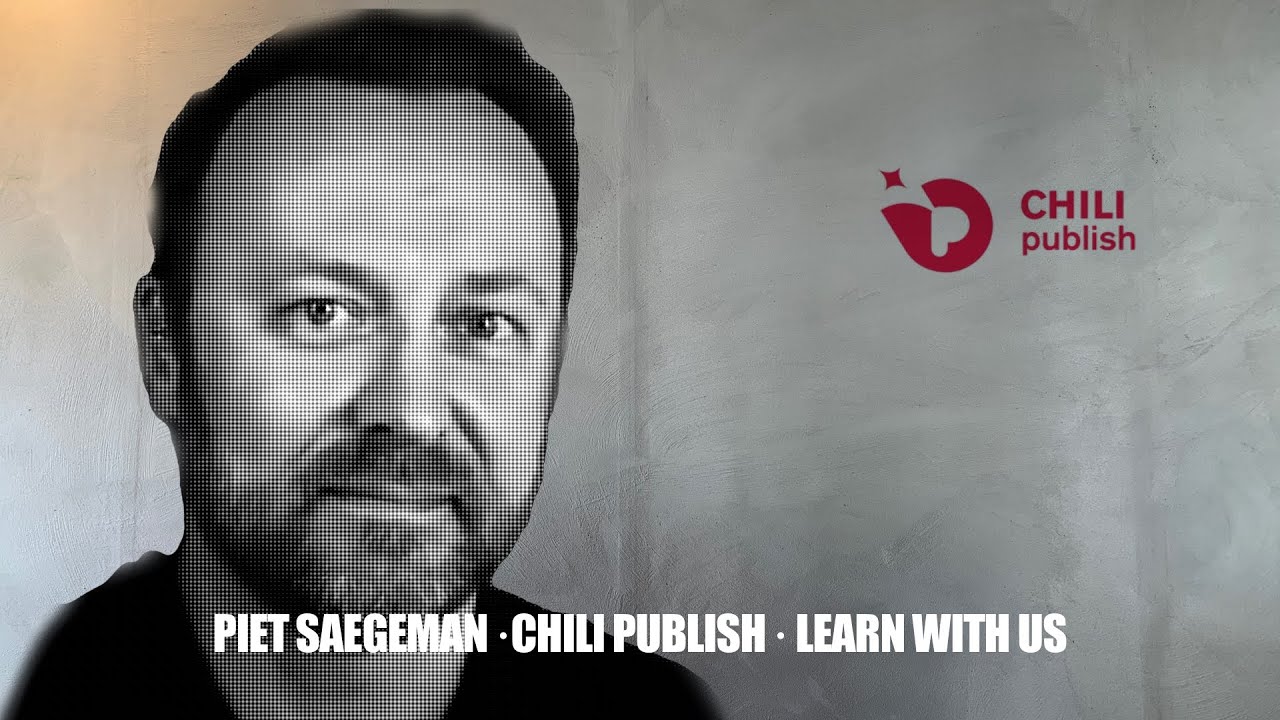 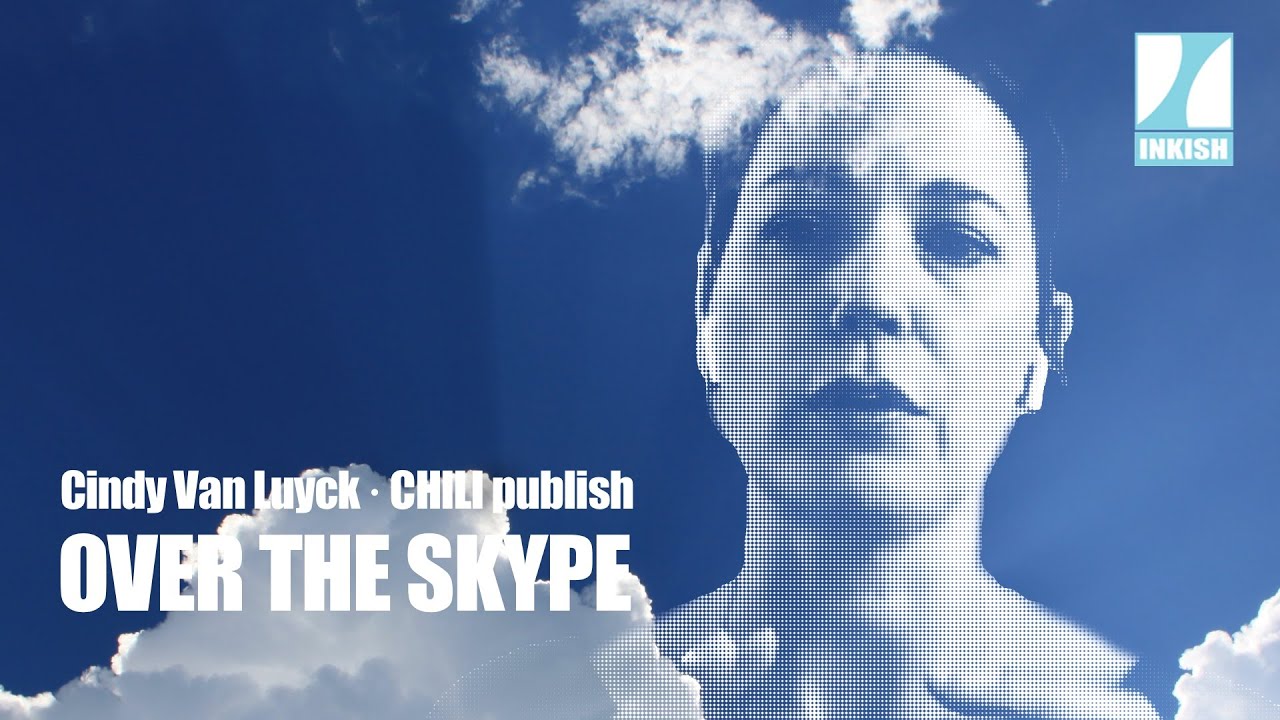 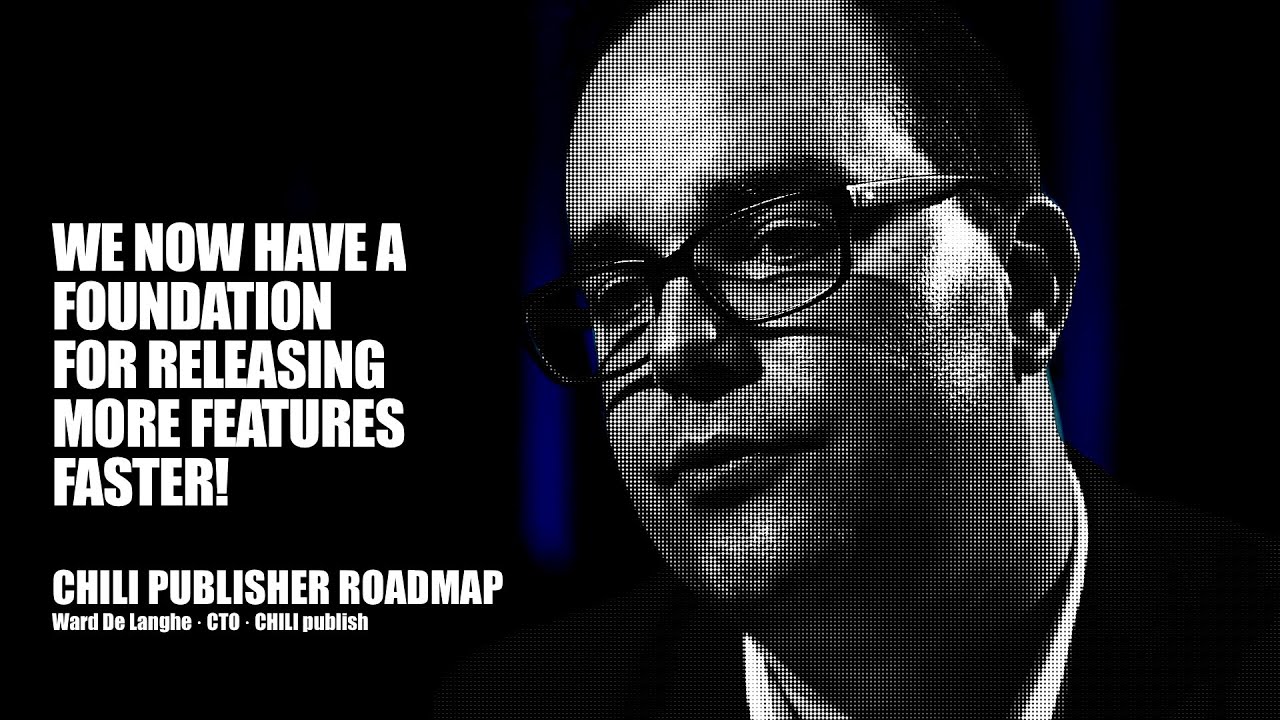 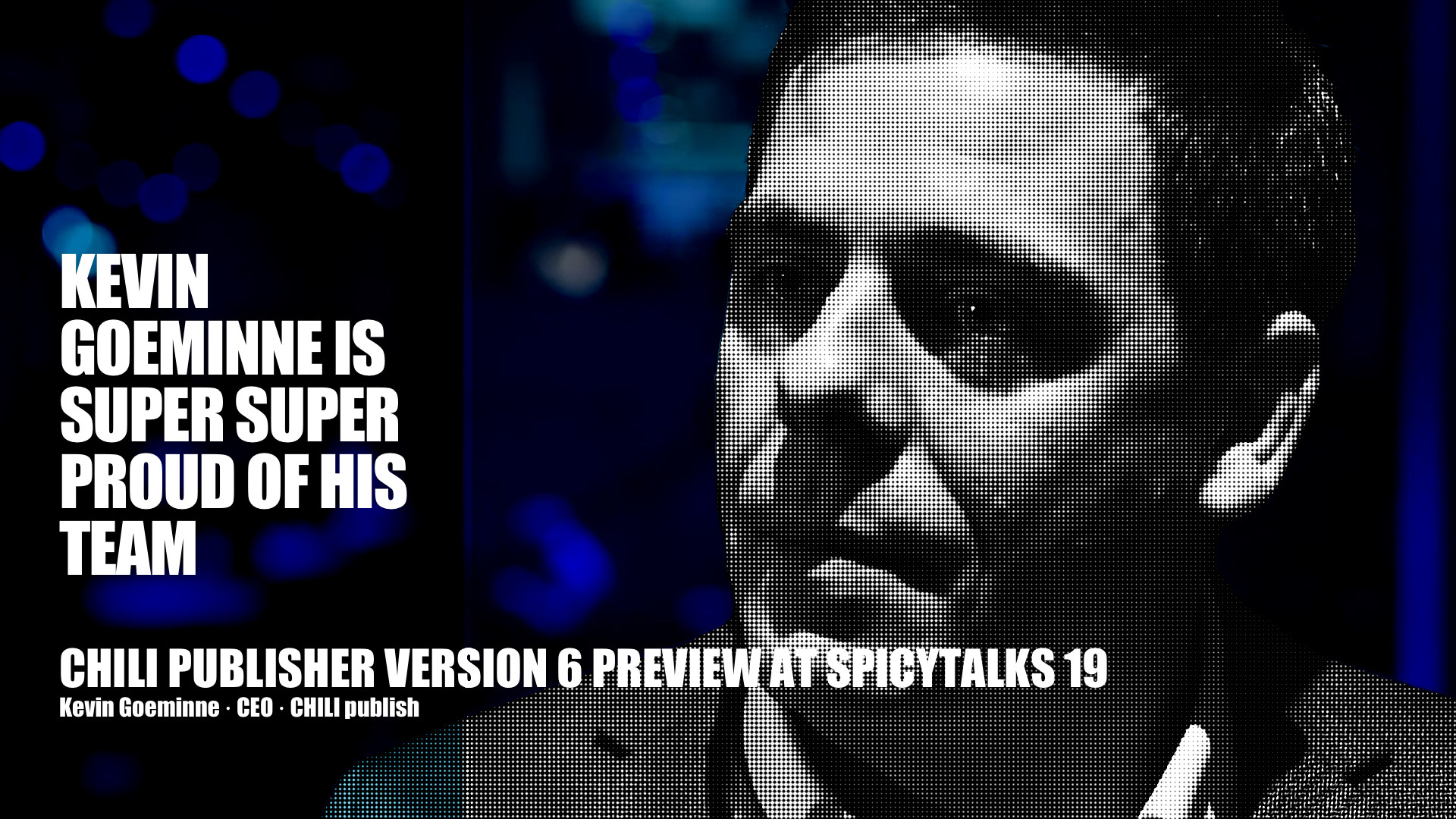 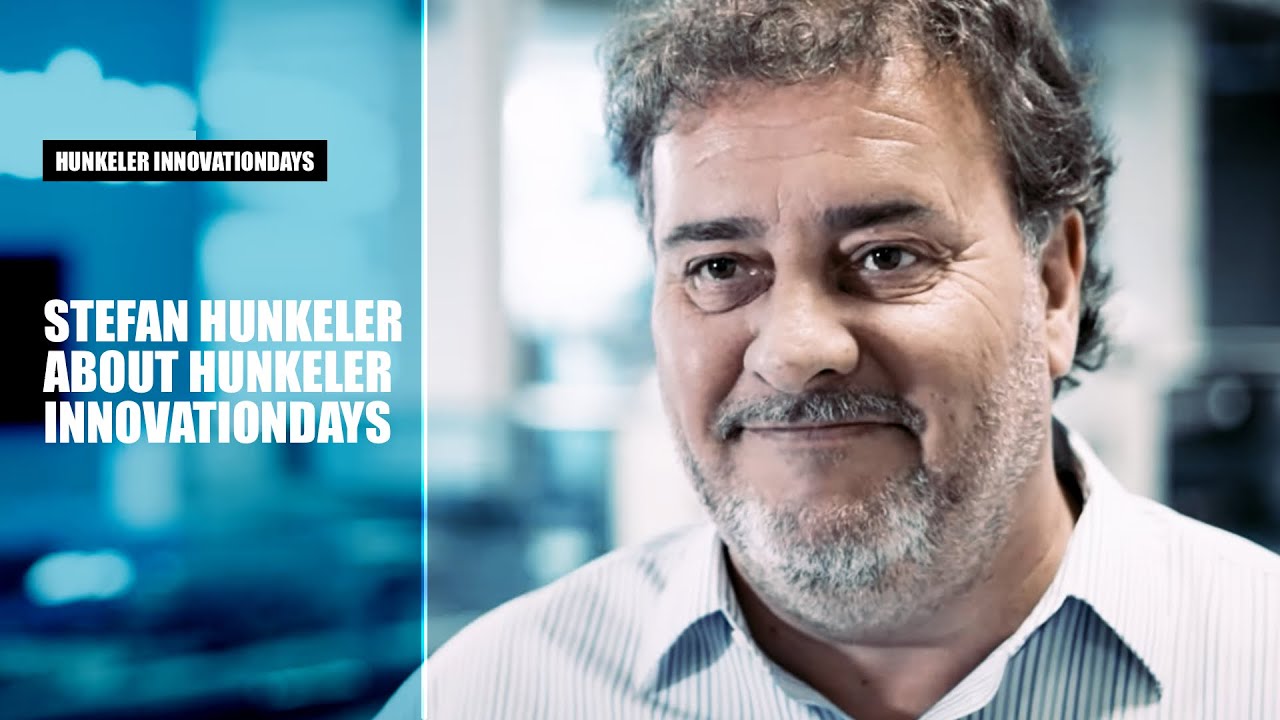 The COVID pandemic is for sure still not over, and the number of cancellations and postponements of events is still something we have to live with. Hunkeler Innovationdays, one of the most beloved events, has already been postponed a couple of times. Though many had hoped for the event to occur in February 2022, Hunkeler President Stefan Hunkeler gave the sad message about moving the event to 2023 a few weeks ago. INKISH went to Switzerland to talk to Stefan Hunkeler but focused more on what to expect in 2023. Our colleagues from WhatTheyThink did also talk to Stefan Hunkeler - see the interview made by David Zwang at the following link: LinkedIn Profile